Fans Accuse Stranger Things Creators Of Queerbaiting. Why Do They Take So Long To Reveal Will's Homosexuality In Season 4?

The creators of Stranger Things across the first three series have hinted at Will's homosexuality maybe once or twice. Only in the fourth series do they fully address it and indirectly confirm that Will is gay and in love with his friend Mike, who in turn is in love with Eleven and is heterosexual. His homosexual orientation has already been confirmed by his actor Noah Schnapp. 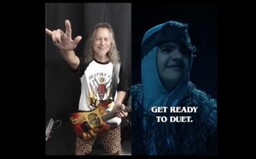 Some viewers, however, accuse the filmmakers of queerbaiting. The term generally means that creators use characters' romantic or sexual relationships other than heterosexual ones (for example, in a series or film) to increase interest in the series and film. The problem is that they only hint at LGBTI elements and never do anything concrete with them and underdevelop them. This is also criticised by a journalist of The Independent magazine.

stranger things had the opportunity to make an insane amount of progress for lgbtq+ representation in mainstream media, and yet it chose to queerbait its audience like everyone else
when will queer representation be taken as seriously as straight representation?#StrangerThings4

The filmmakers stretch Will's sexuality too long and don't make it interesting enough in our opinion. On the other hand, the other camp of viewers has also chimed in, saying that the creators aren't doing anything wrong. 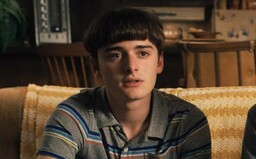 The show is set in the 1980s, when LGBTI people were much more oppressed than they are now and gay coming out wasn't as common. Being gay was very dangerous, so the creators authentically reflect the feelings of gay people at the time.

stranger things isn't queer baiting. it's a 3 year story arch of a teenager slowly realizing he's gay and showing how that affects his real life. let's not forget that this is the 80s and being a queer man put a target on your back