Ewan McGregor On The First Moment When Darth Vader Came On Stage. Hundreds Of Staff Members Were Watching, He Really Scared Me.

The revival of the character of Darth Vader for the series Obi-Wan Kenobi caused a craze among the staff members.

The making of the series Obi-Wan Kenobi practically stopped when the actor Hayden Christensen came on stage in the iconic costume of Darth Vader. Wearing the legendary villain's helmet, Christensen walked in front of the cameras, causing such a craze among the staff that "hundreds" of them came to the set to see it, informs Indie Wire. 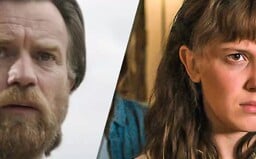 „The interesting part about this job was that a lot of staff members were real fans of Star Wars. That is the fun part of the job on a Star Wars project because everyone is really excited about the fact that they can take part in it," said Hayden Christensen, who played Darth Vader.

Similar excitement about the revival of the Star Wars world was experienced by Ewan McGregor who has again played the character of Obi-Wan Kenobi.

„I thought about why so many people are here today," remembers McGregor when asked about the moment when Christensen was getting ready to walk on stage for the first time wearing Vader's costume. According to him, hundreds of people gathered on set, wanting to "see the moment."

Darth Vader is back!

The revival of Darth Vader's costume impressed McGregor in the same way it did the hundreds of fans among the staff.

He enjoyed it so much that he even labeled it as "one of the best moments he has seen on a film set." He said Vader's costume along with Christensen's acting skill was so scary that he even got frightened during the making of the iconic villain's scene. 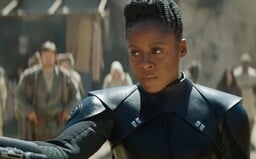