Zdroj: Pixabay/StockSnap/free use
Stay fresh and follow us:
REFRESHER refreshercom 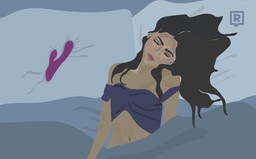 "Pornographic companies prey on young vulnerable women and legally trap them in the form of disadvantageous contracts," added Khalifa.

"The videos had titles like: 'teenager cries and gets spanked' or 'teenager gets loaded". One of them had over 400,000 views. The worst videos were the ones where I was unconscious. I saw him attack me when I wasn't even conscious," Rose said.

Pornographic content is also often illegally downloaded - stolen. In the majority of such pirated content, the names of actors or actresses are completely missing, unless it is clearly a significant star. Apart from the names, the main problem is the lack of legal protection, which is supposed to protect the rights and safety of artists, for better or for worse.