Zdroj: with the permission of Eliška Werner
Stay fresh and follow us:
REFRESHER refreshercom

One can go to a brothel with silicone virgins, watch a video in the comfort of one's home, even in virtual reality, or explore the limits of what can be attractive to us through animated films, where anything can happen.

Homosexual Japanese pornography is divided into two other groups: jaoi (yaoi) and yuri. The first term depicts exclusively sexual intercourse between two men or boys. "The word originated in fan fiction as a sound compound of the words jama nashi, ochi nashi, imi nashi, i.e. no peak, no point, no meaning, which was supposed to describe the content of these works, where it was, so to speak, only one thing," Chmel describes.

The audience composition of jaoi is very special. "Despite its content, it is a form of pornography that is overwhelmingly consumed by girls and women. In the otaku community, they are referred to as jaoi-fangirls,” he clarifies. So you can probably guess what yuri means. “In Japanese, the meaning of this word is lily. It is the designation of pornography depicting sexual intercourse between two girls or women," adds Grek1, adding that men and women watch this genre in equal numbers.

However, eroticism in Japanese animated film does not only exist in an uncompromisingly explicit act on the screen. The viewer can also indulge in more titillating scenes in which sex does not take place or is not directly visible. This genre is called ecchi and, as Chmel describes, they contain "a greater degree of accented eroticism."

"This is, for example, frequent depictions of figures in underwear, in swimwear, in the spa, in the sauna, with a focus on the crotch or chest, but they always remain somehow covered by fabric, steam, reflections in the water, etc.," he describes.

"It can also be about frequent scenes of a sexualized nature, when the characters get into situations of close physical contact, even in intimate parts, or they "unfortunately" run into each other while changing clothes, in the shower or on the toilet. All of this is often accompanied by a verbal analysis of sexual themes," he says, stating this is common in the  fiction genre, bringing up the Baywatch series as an example. 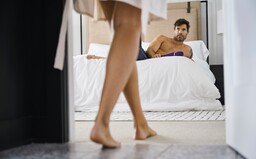 Japanese cartoon pornography has its origins where classic pornography itself has its origins. That is, at the very beginning of the media that reproduced them. The fans' desire to contribute to the work with their own fan creation subsequently moved it further among the public. But if we wanted to talk about the creation of manga and anime and their milestones, the most fundamental is the art of Osamu Tezuka.

Tezuka was nicknamed the "father of manga" because he gave cartoon characters a distinctive look. "Thanks to him and his followers, manga (as well as anime) acquired a distinctive look after World War II, which today appears as a girlish character with large saucer-shaped eyes, a slim figure, and multicolored hair," he states.

However, the link with Tezuka's work is also concrete here, as the first film with sexual content, which was a proclaimed marketing element, was created in the Mushi Production studio, which he founded. It was A Thousand and One Nights from 1969, which was the first of a trilogy of films for adults. Cleopatra followed in 1970 and Belladonna of Sadness in 1973. "The first pornographic anime intended for video distribution is Lolita from 1984," mentions Grek1.

"Honestly, there's more or less no opinion on it," she says. The connection between these two worlds only rarely occurs. "Sometimes a Japanese, Korean or similar company will fly to Europe and make hentai-style videos," she adds. Nothing more is said to be happening as part of the collaboration.

Anyway, another similarity we can notice is the blurring of the genitals during the act. However, legislation mandates special measures that creators of JAV videos (Japanese adult video) must follow. Specifically, Article 175 of the Japanese Penal Code imposes it:

"Anyone who distributes, sells or publicly exhibits obscene documents, drawings or other objects shall be punished by imprisonment with labor for up to 2 years, a fine of up to 2.5 million yen. The same applies to the person who owns this for the purpose of sale."

The same restriction is practiced in the manga. However, there are ways to avoid this limitation. “This regulation can be circumvented in production intended purely for markets outside of Japan. To circumvent it, it is also possible to bring these titles distributed abroad back to Japan," he reveals. 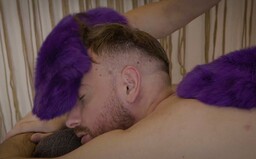 Beware of the dark side

The artist Lin or EaSei, who shares her work on social networks under the name Box of Limbs, began to develop a relationship with anime from an early age through fairy tales, and as she got older she also found her way to manga. As she states, she got into "romantic acts" as early as puberty. "In all honesty, it was still just trial and error, because I had hardly developed my own style, be it manga or semi-realism," she says

"The work as such is not often pushed under the nose of attention. It could be compared to such an undercounter. Not everyone can find such content pleasing to the eye," mentions the jaoi lover. "Its originality and limited content attract attention in itself," she reminds.