Does Having A Higher Number Of Sexual Partners Affect Your Chances To Marry? Scientists Know The Answer

The researchers investigated whether there is a relationship between the total number of sexual acquaintances and the probability that a person will marry.

Research by two American scientists has shown that the number of sexual partners has an effect on the probability of marriage. According to PsyPost, this effect is only short-term and the total number of partners in your entire life does not affect your chances of marriage in any way.

The results of the research were published by Professor Nicholas H. Wolfinger and Professor Samuel L. Perry in the journal Social Science Research.

Are people getting married less because they can find sex outside of the wedlock?

Sex is cheap, and therefore people no longer have a reason to enter into committed relationships and marriage. This was the argument of sociologist Mark Regnerus, who said in his book Cheap Sex that the easy availability of pornography and casual sex are directly responsible for the declining number of marriages. Wolfinger and Perry wanted to scientifically verify this theory, since Regnerus did not support it with evidence.

For this, they used data from two large national surveys. One of them was an American national survey on family growth with a sample of almost 30,000 women. The data was collected between 2002 and 2015 and measured factors that affect pregnancy or women's health.

The researchers found that women with fewer partners were more likely to marry. While 95% of women who had only one extramarital sexual partner were married by their forties, 67% of women with more than ten partners were married by the same age. However, these data had certain limitations, it was not possible to clearly assert a connection between a higher number of partners for extramarital sex and the probability of marriage.

Therefore, they took into account 17 surveys of the National Youth Study. As part of this, they interviewed a huge sample of teenagers in 1997, and since then they have repeated the interviews with them once a year at first, and every other year since 2011. The sample at the last interview included 4,598 men and 4,377 women.

With these data, Wolfinger and Perry found that a lower probability of marriage was related to the number of sexual partners only in the short term. If people have had more than one partner in the last year, it will reduce their chances of getting married. It has the same effect if they had no partner last year.

But the number of sexual acquaintances in a lifetime is statistically not related to whether a person will eventually get married. So your recent sexual behaviour has an impact on your marriage, but your entire sexual history does not.

"Future husbands or wives may have extensive sexual histories, but when they are ready to marry, they become monogamous," the authors of the study conclude. They add that most US citizens prefer long-term, committed relationships, and their research also denies that women with more partners become less attractive to potential future partners as a result.

According to them, some people simply have periods when they only have extramarital sex, but these do not rule out settling down and getting married in the future. In addition, a certain group of people never get married, but according to scientists, this is a negligible number. 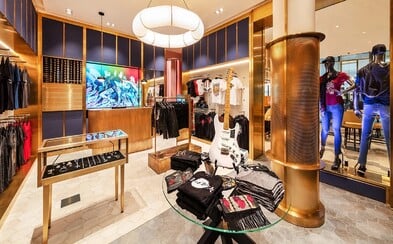