10 Things You Didn't Know About Jennifer Aniston. She Was Supposed To Play A Different Character In Friends

Jennifer Aniston is one of the most famous actresses in Hollywood. She started out as a waitress and had a bad relationship with her mother. She suffers from dyslexia and a phobia of diving. Read this and more in the article below.

Jennifer Aniston is one of Hollywood's most popular actresses, her character Rachel Green will forever be on our minds. However, there is so much that you (perhaps) don't know about her. She is a film producer, businesswoman and philanthropist. She comes from an acting family, but her parents did not want her to be an actress at all.

According to the Guinness Book of Records, she became, together with her colleagues, the highest paid TV actress of all time. In the last episodes, she was earning one million dollars per episode.

Her marriage with Brad Pitt was closely watched by the media. After five years, they announced the end and are still friends today. Her next husband was actor Justin Theroux, they ended the relationship after three years.

Despite her successful career, Jennifer seems to be unlucky in love, and after several years of speculation, she admitted that she is not able to have children. She shared this for the first time in the October issue of Allure magazine. In the article below, we bring you 10 interesting facts that you might not have known about your favourite actress.

She became famous for the role of Rachel Green in the successful sitcom. Few people can imagine it today, but originally her co-star Courtney Cox was supposed to play the role. However, she was eventually cast as Monica Geller. The producers of the series tried to cast actors who would be perfect for each role. Many actresses applied for the role of Rachel, so Jennifer was not the first choice.

Later, she even revealed that she wanted to play the character of Monica. It seemed more authentic to her because she was very similar to her personality.

The colleagues eventually switched roles, and Jennifer's role became so famous that she won two awards for it: an Emmy Award and a Golden Globe.

2. Before she became an actress, she cleaned toilets

After graduating from La Guardia High School of Music & Art and Performing Arts in New York, Aniston moved away from home. She started working in New York as a waitress and cleaning toilets.

"I'm pretty good at it, by the way. I grew up without money. It was difficult for a while, but I was happy that I could at least earn money like this," she revealed in an interview with Parade. Her dream of becoming an actress did not work out for her, she failed in six TV shows.

Later, she worked in telemarketing for a while, but she failed to sell a single product.

Her dogs attract almost as much attention on social media as the actress herself. As you may not know, Jennifer is a big supporter of shelters. She herself acquired pets in such a way. After breaking up with Brad Pitt, she got a puppy named Dolly, which died at the age of 14, and Justin Theroux, her husband at the time, posted a touching post on Instagram.

She currently has three dogs – Clyde, Sophie and Lord Chesterfield. The latter also posed with her on the mentioned cover of Allure.

4. They called her a careerist, while she is unable to have children

In an emotional interview, she admitted that the speculation about her pregnancy did not do her any good. Jennifer Aniston opened up about her failed attempts to get pregnant. However, she said that she does not regret this difficult period in her life.

She also mentioned, that today, she would give anything to have someone tell her to freeze her eggs. This topic was often the target of speculation about her failed relationships. Whether with Brad Pitt, John Mayer, or Justin Theroux. It was the media that wrote that the relationship did not last because she could not give birth to a child for her partner. The actress explained to Allure magazine that these were complete lies. 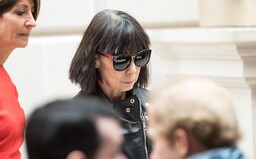 There were also reports that she did not want to have children because of her successful career, they considered her selfish. The media's unfair approach to women frustrated her.

5. Her real name is not Jennifer Aniston

Jennifer Aniston has Greek roots and likes to flaunt it. From her last name, few would have guessed that she is of Greek origin. She was born Joanna Anastasakis, but then her parents changed her name.

Jennifer spent her childhood in Greece. When she was five years old, she lived with her parents in Athens and then in Crete. She attributes the fact that she still looks good at the age of 53 to her Greek roots, which, according to her, are the secret of her beauty. She inherited her Greek roots from her father's family, who in his 81 years didn't have a single wrinkle. Just like her grandmother, who looked perfect even at the age of 95.

6. She had a secret profile on Instagram for many years

When she officially came to Instagram last year, the world went crazy. Her first photo was with colleagues from the series Friends. However, the actress admitted that she had created the profile a long time ago, but it was anonymous. She said it on Jimmy Kimmel's talk show.

In the interview, she said that in this way she wanted to understand the functioning of the social network. She currently has 40.8 million followers on the network and uses it mainly to promote her hair care brand Lolavie.

7. She has a phobia of deep water

Jennifer is afraid of diving. She has been carrying the phobia with her since childhood. As a child, she rode a tricycle around the pool, fell and couldn't get out at the bottom of the pool. Her brother had to save her.

She had to face her biggest fear in the movie Cake. She played a woman who suffers from chronic pain and is addicted to painkillers. The most difficult for the actress were therapies in the water, where her fear reawakened. 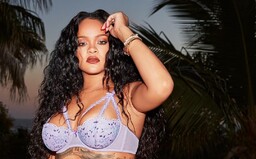 8. They are also best friends with "Monica" from Friends

Jennifer and Courtney are very good friends even now, years after the end of the series. Courtney gave birth to daughter Coco Arquette a month after the end of the series, and Jennifer Aniston became the godmother. The fact that they are best friends is also evidenced by the fact that Cox was her bridesmaid at the wedding in 2015 when Jennifer married Justin Theroux.

9. She was bullied in school, including her mother

Jennifer admitted her experience with bullying in high school, talking about it in an interview with People magazine. She herself compared her appearance at that time to a "gothic nightmare", the other children often made fun of her. 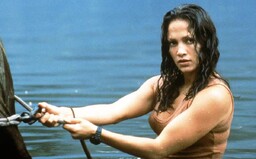 As a child, she was chubby, which is why she was said to often be the target of ridicule from her classmates. The worst period for her were the fifth, sixth and seventh grades. Her mother, who constantly criticized her appearance, did not help her either. She was telling her that she should take more care of herself.

10. She suffers from dyslexia

She admitted to The Hollywood Reporter that she was diagnosed with dyslexia at the age of 20. She experienced problems mainly at school. She didn't feel smart enough because she couldn't remember anything. Due to this disorder, she felt inferior among her classmates.

She had to wear big ugly glasses. She was constantly being tested. After she read one paragraph, they immediately used questions to check whether she remembered what she had read. However, thanks to this diagnosis, she learned to manage her anger. It taught her discipline. She likes everything to be organized and in control.