15 Things You Didn't Know About Rihanna. Umbrella Was Not Written For Her, She Drinks Before Concerts And Sneaks Into The Crowd

This beauty from Barbados is not only breaking records on the music scene, but also in the Guinness Book of Records.

She signed her first contract at the age of 16 and owes her stellar career to rapper Jay-Z. Today, she is breaking the records of the world music charts and her fortune is worth 1.4 billion dollars.

We Found Love is still a radio hit, Umbrella has been ringing in your ears since 2007 and I guess there's no need to remind you of the Diamonds hit.

During a six-year hiatus from music, she built her Fenty Beauty empire, which is now one of the most successful cosmetics brands in the world. And if you're a fan of sexy underwear, you'll definitely know her brand Savage Fenty, whose special annual show has even cornered the giant Victoria's Secret.

In recent days, she released Lift Me Up, song made for the movie Black Panther: Wakanda Forever. We bring you 15 interesting facts that you might not have known about your favorite singer.

1. At the age of 11, she completed military training

Before she became a phenomenon in the world music scene, Rihanna was an army cadet in a conscript program in Barbados, where she grew up. At that time, she was only 11 years old, and her superior sergeant was the Barbadian singer and songwriter Shontelle, whose songs Impossible and T-Shirt you will surely recognise.

Rihanna was part of the Barbados Cadet Corps program, which is a special program for youth interested in the military. Speaking to the BBC, Shontelle revealed that the training wasn't compulsory, but they both wanted to experience what it involved. The singer remembers the times together in camouflage and military boots with humor. 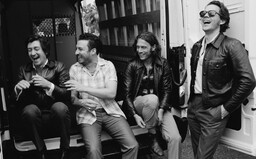 2. She didn't have an easy childhood

Her father, who was addicted to crack, alcohol and marijuana, took care of the difficult times in her childhood and also abused her mother. The stormy marriage of the singer's parents ended when she was only 14 years old. But she still cared about her father. In an interview with Oprah in 2012, the singer admitted that she had to reconcile with her father in order to forgive Chris Brown.

3. She won a beauty contest

In 2004, a year before her first single Pon de Replay was released, Rihanna won a high school beauty pageant where she was crowned Miss Combermere. She also impressed the jury in the talent part of the competition, where she starred with an original arrangement of the song Hero by Mariah Carey.

In an interview with the Daily Mail, she revealed that the mentioned military training also helped her in the beauty contest. "My military training came in handy when I was learning how to balance books on my head to achieve the best possible catwalk walk," she said.

After an audition with music producer Evan Rogers, who was vacationing in Barbados in 2004, Rihanna recorded her first demo. She was later invited to New York to meet with Jay-Z, who was then the president and CEO of Def Jam Recordings.

He said he wanted to sign a contract with Rihanna so badly that the meeting lasted until three in the morning before the lawyers finalized all the details. Rihanna was only 16 years old at the time. She was said to be very nervous and incredibly shy in front of the rapper.

5. The song Umbrella was originally written for Britney Spears

You'll surely agree, that the song Umbrella is one of Rihanna's biggest hits. Today, we can't even imagine that "Under my umbrella, ella, ella, eh, eh, eh" would come from the mouth of another singer. But the truth is that these words should have belonged to Britney Spears, for whom the song was originally written.

After Britney turned it down, they offered the song Umbrella to singer Mary J. Blige. Since Blige was unable to complete the contract, Def Jam Recordings bought the song just for Riri.

Immediately after its release, so many people wanted to download the song that the iTunes site couldn't handle it. Today, this hit has around 4.7 million views on Youtube and is firmly etched in the brain of most of the population.

6. Her legs are insured for $1 million

Rihanna's legs are among the most beautiful in the world, and the singer even has them in black and white. In 2007, she won the Gillette's Venus Breeze "Celebrity Legs of a Goddess" award, thanks to which she later decided to insure them for one million dollars.

7. Barbados has its own national day

In Barbados, they are (rightly so) very proud of their compatriot. So much so that since 2008, February 21 is the official Rihanna Day. It's even a public holiday. On that occasion, Rihanna surprised fans on the island and prepared a free concert as a thank you. So on February 21, don't forget to play your favorite song by Riri, because why couldn't we make it Rihanna Day in our countries too. 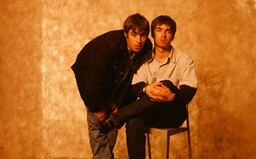 8. Rihanna is actually her middle name

To us and to the world, she is known as Rihanna, but to her friends and family she is Robyn. The real and full first name of the star is Robyn Rihanna. Interestingly, her other two siblings also have names starting with R, their names are Rorrey and Rajad. Apparently, the Kardashians are not the only ones who built their family clan around the same initial.

The street on which Rihanna grew up in Barbados was renamed from Westbury New Road to Rihanna Drive. The superstar attended the street naming ceremony on Barbados' Independence Day in 2017. If you're headed to this exotic island in the near future, you know what not to leave off your bucket list.

In 2017, Rihanna received an award from the prestigious Harvard University - Harvard Humanitarian of the Year for her dedicated work and charity work over the past decade. In her inspirational speech, she said that everyone in the world can help. "All you have to do is help one person and expect nothing in return."

People say it seems too difficult. At the beginning, she also didn't forgive the joke: "So, I got to Harvard. I never thought I would be able to say that in my life, but it feels good." You can watch the whole speech in the video below.

11. She drinks before performances and sometimes sneaks into the audience

Before every concert, she practices a proven ritual that has been used for many years - she drinks her strengthening drink, which usually contains a small proportion of alcohol mixed with orange juice or lemonade. But she said in an interview with Esquire, sometimes she wraps herself in a large hoodie and sneaks into the crowd of fans. Imagine you're waiting for Rihanna to appear on stage, and she suddenly appears next to you out of nowhere.

12. The Rated R album is also about attack from Chris Brown

In 2009, the night before the Grammy Awards, a controversial incident took place that filled the world's headlines. Rihanna's boyfriend at the time, singer Chris Brown, attacked her in a Lamborghini.

Photos of Rihanna with a broken lip, severe bruises and scratches began to appear on the Internet. Brown was found guilty and ended up being sentenced to five years of probation along with a mandatory year of domestic violence counselling and six months of community service.

Rihanna sang about the incident on the album Rated R. The title track Russian Roulette is about relationship violence, dangerous love and pain. It was released just a few weeks after Chris Brown released the song Crawl, in which he confesses about the relationship.

The name of the cosmetic brand Fenty Beauty, which she founded in 2017, is inspired by her father's surname. At the time of the launch of the brand, it literally revolutionized the cosmetics industry when it presented the moisturizing make-up Pro Filt'r Soft Matte Longwear Foundation in 50 shades. She was thus the first ever to bring make-up to all skin tones, from the lightest "albino" to the darkest.

14. ASAP wanted her for years, Rihanna resisted for a long time

According to Us Weekly magazine, ASAP Rocky has been eyeing the Barbadian beauty for a long time, but Riri never let him step out of the "friendzone" line. Rumors about their relationship began to spread in 2013 when they collaborated on the song Cockiness (Love It).

However, the sympathy between the pair allegedly gained momentum only later, and in 2021 the rapper finally admitted in an interview for GQ that he and Rihanna are a couple. In addition, he publicly called her the love of his life. In May of this year, the couple had a son, whose name has not yet been made public.

Rihanna is breaking records not only on the music scene, but also in the Guinness Book of Records. The Barbadian beauty is the first female artist to have had singles at number one in the UK (Rude Boy and Only Girl ⟨In The World⟩) for five consecutive years, from 2007 to 2011.

In 2012, she also became the best-selling digital artist in the US, and a year later she achieved the record for the most number one digital singles on the US music charts. Her thirteen most played songs included We Found Love (Rihanna feat. Calvin Harris, 2011), Diamonds (2012), Disturbia (2008) and The Monster (Eminem feat. Rihanna, 2013).