Tens of thousands of people died as a result of the so-called witch hunts in Europe between 1450 and 1750. It is estimated that up to 80% of the victims were women. Let's remember their legacy in other ways than mocking cartoons of green-faced characters

Centuries have passed since the infamous witch hunts that swept through Europe and America. Although these were contrived processes full of suffering, the witch became embedded in our culture as a fairy-tale hag stirring potions in a cauldron - as a symbol of "kinda nice" villainy and fun.

It might seem that "Western" societies that pride themselves on "Western" mentality do not perpetrate the persecution of women anymore. However, it is enough to look at the USA or Poland to realize that witch hunts were only one of the sparks in the fire of gender-based violence. With regard to the current situation in the world, where similar systematic persecution is also experienced by persons undergoing abortion, the women burned at the border are also a symbol of feminism and the fight against patriarchal oppression.

More than two centuries of war against women

Although it is sometimes said that the witch hunts claimed up to nine million human lives in total, this is an unsubstantiated and often debunked figure. Contemporary sources mostly state between 30 and 70 thousand victims and over 100 thousand fabricated trials. Up to 80% of the victims were estimated to be women – and if a man was accused of witchcraft, he was usually related in some way to the female suspect.

Witches were known to almost all societies - except perhaps some African pastoral tribes with a nomadic way of life. As the English historian Robin Briggs states in his publication Witches & Neighbors, accusations of witchcraft began to multiply among these tribes as they moved to a more settled way of life. 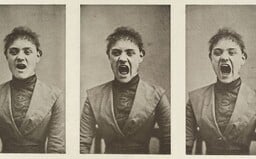 The witch hunts lasted for almost three centuries, although there were large fluctuations in time. The starting point for the outbreak of mass persecution of the hidden enemy was usually the occurrence of epidemics and natural disasters. According to legends, it was the witches who were supposed to have a special power to harm those around them. However, it is necessary to emphasize that words such as "epidemic" or "mass madness" can lead to the trivialization of acts and the justification of perpetrators. Since it was mainly "witches" and not wizards, experts refer to this tragic phenomenon in history as "gendercide". It is a combination of the words gender and genocide and means the systematic killing of members of a certain gender.

But the fluctuations were also spatial - the infamous statistics of victims in Europe are dominated by Germany, Switzerland and France. For example, Spain, Italy and Portugal largely avoided witch trials. But the procedure was similar in most countries. Slander, allegations, accusations, arraignments and interrogations. These were often accompanied by cruel torture, as a result of which most of the accused preferred to confess. About half of them were burned at the stake - they were tied to a ladder and pushed into the fire. Sometimes they were shown a "last mercy" and the executioners tied gunpowder bags around their necks to hasten their deaths. The "luckier" half of the convicts were usually publicly executed by hanging.

The rivalry between Catholics and Protestants may also be to blame

Witch trials are said to have originated in Christianity. However, according to an article by Peter T. Leeson and Jacob W. Russ published in the professional magazine The Economic Journal, their beginnings were rather strange. Until the middle of the fourteenth century, the Christian authorities were very dismissive of the existence of witches - in 1258 even Pope Alexander IV. issued a canon forbidding anyone to be prosecuted for witchcraft. But then it was all downhill. The authorities turned around and suddenly witches were everywhere by the dozen. In order to "protect" the population, they had to act, and the prosecution of innocent women began, who were often too smart, poor, fertile and barren, beautiful and ugly, or simply inconvenient to someone.

One of the first systematic witch hunts was to begin in 1428 in the Swiss Valais. In order for a person to be convicted, at least three neighbors had to publicly declare that he was practicing witchcraft. The persecution in this city lasted eight years and about 370 people were murdered. But it is interesting that most of them were men - farmers. Under the weight of brutal torture, they gradually confessed, for example, that they were in contact with the devil, who promised them the ability to fly in exchange for not going to church. Others have admitted that they can turn into werewolves.

However, up to sixty percent of all witch hunts took place between 1560 and 1700, a period also known as the "Great Hunt". The Little Ice Age was then raging in full force, villages were hit by severe frosts, floods, hail - and therefore also crop failures, inflation, famine and disease. It had to fall on someone. But Leeson and Russ offer another explanation: it was supposed to be a "competition" between European Catholics and Protestants. A competition to see who can better protect their "sheep" from threatening witches.

This period also saw the famous witch trials in Salem, USA, about which the play The Crucible was created in the 1950s. A strong belief in the devil, feuds and rivalries between families in the village, combined with a recent smallpox epidemic, created a breeding ground for fear and suspicion. Soon the local jail was filled with men and women whose names the young girls cried out as the cause of their pain. The first to be tried was Bridget Bishop, who was found guilty and hanged on June 10. Thirteen women and five men from all walks of life followed her to the gallows on three consecutive days before the trial was dissolved by the governor in October of that year. 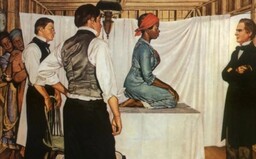 The witch as a symbol of feminism

As US-Italian feminist researcher Silvia Federici muses in Caliban and the Witch, thousands of women could not have been massacred and subjected to the most brutal torture if they had not challenged the power structure. The war on women, waged for at least two centuries, was a turning point in history to which we must constantly return, she said. Only in this way can we understand the misogyny "that still characterizes institutional practice and relations between men and women".

The witch hunt taught men to fear the power of women.

According to other feminist researchers, the witch hunt was also gender-based. Among other things, it aimed to steal women's reproductive rights and pave the way for a more repressive patriarchal regime. “This is not to say that a simple fight against one gender should be considered the satisfactory and only explanation for witch-hunting, or that accused men should not be considered. However, the fact that the accused were overwhelmingly women should form a major part of any analysis dealing with this topic," wrote Christina Larner in the book Enemies of God.

One of the proofs of the misogynistic nature of the witch hunts is the Latin written handle Malleus Maleficarum, which was written in 1486 by the Catholic clergyman Heinrich Kramer. Among other things, the dossier states how to preach about witchcraft, what characteristics witches have, who is more susceptible and how prosecutions should proceed. While clearly and repeatedly asserting that it is precisely the ontological nature of femininity – the purely feminine qualities that lie behind the origin of witchcraft.

“Some learned men say that there are three things in nature: the tongue, the churchman, and the woman, which know no moderation in good or vice, and when they exceed the limits of their condition, reach the greatest heights and the lowest depths of goodness and vice. If controlled by a good spirit, they are most excellent in virtue; however, if they are controlled by an evil spirit, they indulge in the worst possible vices," it is written, for example, in VI. to the question of the first part of the Malleus Maleficarum, which became the most influential and widely used manual on witchcraft. It was practically guaranteed influence, and not just because of its authoritative appearance. It was one of the first books printed on the recently invented printing press and went through no less than 20 editions, Adam Jones states in his work. 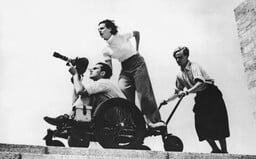 However, not all women were equally threatened by the witch hunt. According to a study from Linköping University, middle-aged and elderly women were most at risk of being accused, prosecuted and killed. Although in many trials the age of the convict was not recorded at all, the professional literature estimates that 75% of them were women over fifty. That is, mostly women after menopause who were no longer fertile and at the same time were often widowed. Social status was also important, with poor women being worse off. According to the researchers, there are several reasons: as a result of a bad lifestyle, they looked older, they should have felt a greater urge to connect with the devil for financial help, and they often also confessed to magical superpowers themselves in order to "improve" their status.

Women healers, who were slowly being phased out of medical practice as a result of new civil and religious laws, also experienced a higher level of threat from accusations. Traditional healing practices, which traditionally included herbs for example, were now considered insidious witchcraft. Midwives in particular had a difficult position – accusations could come after a child was stillborn, died during childbirth or was born with developmental defects.

Historians' indifference that "borders on complicity"

Federici also claims in his book that the witch hunt had its roots in the social changes that accompanied the rise of capitalism. The unleashing of a campaign of terror against women, unmatched by any other persecution, was intended to weaken the resistance of the European peasantry at a time when that community was under the influence of land privatization, increased taxation and the expansion of state control over all aspects of social life.

Despite their importance, the witch hunts were banished from the pages of history. Which, as Federici points out, contributed to the trivialization of the destinies that ended tragically at the border and indicated that it was more of a historical event of secondary importance, or even a matter of folklore. "The fact that the victims were mostly rural women in Europe may be the cause of historians' indifference to this genocide, an indifference that bordered on complicity," the author wrote. We should remember this every time we welcome the arrival of spring to witches. We laugh and drink at the same border where tens of thousands of innocent women have been burned alive.

Why is it that when the mass slaughter of (mostly) poor women is discussed, mainstream society still sees it as an occasion for celebration?