Get Ready, Progress Is Coming. Robots Will Eliminate Tens Of Millions Of Jobs

Industrial enterprises are increasingly automated, more than 300,000 new industrial robots were put into operation last year. Within six years, robots will work up to 52 percent of the total working time, people only 48 percent.

It's no secret that Tesla, in addition to electric cars, is also developing robots that will resemble humans. At the beginning of January, Musk revealed that the Tesla Bot, or Optimus, as he was called, will be no ordinary robot. It is supposed to be a robot that will be able to learn new things just like humans. As Musk said, “I wouldn't worry about it putting people out of work. I think we will actually have, and already have, a huge labor shortage. So I think we're not going to have people out of work, but actually there will continue to be a labor shortage...”

What is fundamentally changing, is industrial production, which is becoming more automated. Workers in blue-collar positions are falling into the background, but gradually also the workers in call centres or salesmen/cashiers in retail and wholesale, who are slowly being replaced by self-service cash registers. Within two years, robots should begin to replace, for example, the work of waiters, fast food employees and other workers whose salary is on the threshold of the minimum wage.

Robots have several advantages. They are never ill, they are more accurate and, according to scientists, have a lower error rate. Robotization reduces salary costs and increases profits for companies.

Within Eastern and Central Europe, job positions such as data analyst, specialist in robotic machines, engineer, software and application developer or specialist in social networks will be increasingly in demand.

The American bank Merrill Lynch, for example, is already thinking about how to automate investment advice for some clients with accounts with less than $250,000. Moreover, once almost every boss in the City of London had a secretary, nowadays even high-ranking people in the corporate hierarchy only have one who works for several people. Since 2001, the position of secretary has seen the largest decline in job opportunities worldwide.

There are still many professions that robots cannot perform. Specialized professions such as therapists, personal trainers or teachers will remain irreplaceable. Conversely, people will be finished on positions requiring repetitive skills, working with data or manually entering information. Central skills will include creative work - writing, entrepreneurship or scientific discovery. People in these professions don't have to worry about robots. On the contrary, they can benefit from them. 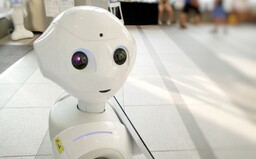 Changes in the labor market will also require further education. Every fourth employee will have to undergo at least six months of training. Employees should undergo IT and language training in particular. As many as 80 percent of businesses say they are accelerating plans to use new technologies in their businesses that will make many existing jobs obsolete.

Not even a quarter of people have more than basic digital skills. Moreover, if the employee wants to keep his position in the future, he will probably have to pay for the retraining courses himself. Only roughly a third of retraining should be reimbursed directly by employers. These will be implemented by companies through internal departments. It is estimated that about a quarter of training will go through private training providers and about a fifth through public educational institutions. 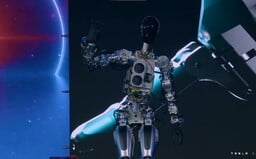 The author is an economic journalist, she worked as an analyst at Slovak Savings Bank, she currently moderates a show about investing on Slovak TA3 television channel.