The differences between the original source of the stories - the books - and their show or film adaptations have always been there and they always will be. Filmmakers can adapt events and characters from books for a number of reasons.

They may not like the behaviour of the character in a wider context, they may not have enough money from the studio to shoot so many spectacular scenes, or they may need to shorten some events, thus making sure that the film is not too long. Other times, they find that what works "on paper" does not work in the script or directly in the film. 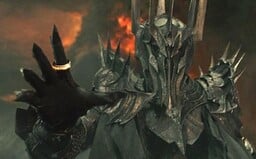 The reasons are plentiful, but each time it results in book fans getting angry. In this article, we will look at the biggest and most important changes made by the creators of The Hobbit and The Lord of the Rings film trilogies, as well as the creators of the Rings of Power series, when compared to the original story known from the Tolkien books.

Director Peter Jackson made a great change in the film by turning the metaphor of J.R.R. Tolkien's book writer into a physical threat. In the books, during the events of The Lord of the Rings, Sauron has a physical form, as evidenced by the testimony of Gollum, who saw him when he was captured and tortured by orcs to learn what happened to the ring of power. 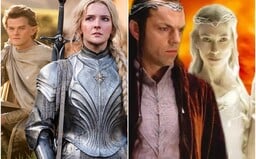 The Eye of Sauron is a metaphor in the books, a symbol of Sauron and the orcs who wear it on their shields. It depicts his reach and influence over all of Middle-earth and the inevitable blight and control over it all.

In the movie, however, the eye is real. It has a physical form and it is huge, the eye hangs over mountains and lands, allowing Sauron to keep an eye on everything around him.

2. Changing the characters of Denethor, Faramir and Boromir

The Steward of Gondor, Denethor, and his sons Faramir and Boromir were quite different characters in the books. First of all, we have Denethor, whom director Peter Jackson portrayed in the films as an incompetent leader without a shred of common sense. In the books, Denethor is a very intelligent leader and strategist who prepares in time for Sauron's attack. 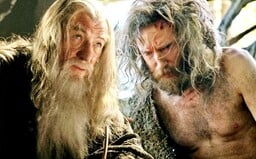 He even conversed with Gandalf on the same level and managed to look into the Palantir and resist Sauron's will. He fell only after his wife and later Boromir died. It didn't help when he realized he had sent his last son to his death. He was broken when he saw corsairs from Umbar approaching the port in ships, ready to take Minas Tirith. However, Denethor did not know that Aragorn was on the ship with reinforcements.

Faramir was a more balanced character in the books compared to the movies. From the beginning, he trusted Frodo more and helped him, which cannot be said about the film version. In the books, the ring didn't appeal to him at all, and he had a great brotherly relationship with Boromir without any dramatic rivalry. Even Boromir himself was a little different. When he ran at Frodo with the intention of getting the ring, he immediately apologized to him. He saw his death as a failure to his people and did not see Aragorn as his king and brother. They had a slightly colder relationship in the books than in the movies.

3. Radagast the Brown had an important role in The Lord of the Rings

In the film, Saruman captures Gandalf after Gandalf visits him for advice. However, in the book, Gandalf was sought out by Radagast, who informed him that Saruman had requested his presence. Gandalf told Radagast to have the eagles watch the movement of the enemy and to report it to Gandalf at Saruman's Tower. In the books, the eagles saved him for this very reason, not because he asked for their help through the butterfly.

4. The Battle of Helm's Deep

In the film, only three hundred men fight against the monsters, and are helped by a group of elves at the last moment. In the books, this battle is called the Battle of the Hornburg, and about two thousand Rohan soldiers took part in it, and they were able to withstand the attack of the orcs even without the help of the elves. In both versions, they stand against more than ten thousand orcs.

5. Saving the Land ruled by Saruman

This part from the end of the books was completely thrown out by the filmmakers. Maybe they thought that after the big climax in Mordor, the movie would just drag out. While Frodo, Sam and Gollum destroy the ring of power about halfway through the last book, in the movie it is the final part of the story. Peter Jackson's films told a coherent, comprehensive story about stopping Sauron and destroying the ring. It would probably seem strange if the defeat of Sauron was not the climax of the plot. 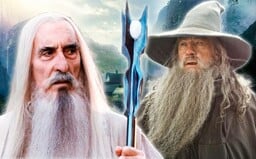 However, it was important for the book to focus on the hobbits and show the readers why they went through it all and why they fought to the end - to save the Shire. It was controlled by Saruman after the defeat in Isengard. In the end of the book, however, the hobbits defeated him , and he was killed by Gríma Wormtongue, just like in the film.

By the way, Frodo also saw the Burning Land in the movie when he looked into the mirror belonging to Galadriel.

Covering all the events of the books would be impossible in the movies. Instead of three films with a total length of 12 hours, Peter Jackson would have to make at least five films with a total length of 20 hours. It's hard to say how much it would all cost and whether it would even be possible. The quality in which he and his crew managed to create a film trilogy is already a great miracle (just look at the Hobbit trilogy).

The abbreviated processing of the book's plot can also be seen in the final War of the Ring. In the books, the scale of this event is much larger. There were big fights in locations like Dale, Mirkwood or Lórien, but they didn't happen in the movie, or we didn't see them. 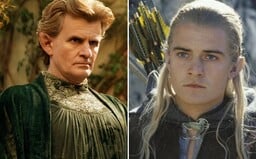 The entire war is basically divided into two major battles. It's totally fine though. If the pictures were to depict every major battle, Jackson would need two entire films about nothing more than medieval fantasy battles.

Tom Bombadil is a mysterious figure and perhaps the oldest living being in Middle-earth. It is possible that he is not affected by the main ring of power and that we do not know everything about his abilities and true nature. In the first book, he helps Frodo and his friends, but you won't find a mention of him in the movie.

The character of Bombadil and the plot events that accompanied him rather suited the atmosphere and style of the Hobbit trilogy. Peter Jackson borrowed some of his dialogues and monologues, which were delivered by Merry and Pippin in the films.

Another notable book character who did not appear in the films is Glorfindel. After the defeat of The Witch-king of Angmar in the Second Age, it was this elf who proclaimed that no man could defeat the Witch-king of Angmar, which was indeed true, and was killed by Éowyn with the help of Merry. Among other things, Glorfindel saved Frodo from the Nazgûl in the books.

He was one of the most powerful elves and was even revived by the Valar after he died in the First Age after fighting the Balrog. His role in the films was taken over by Arwen, who saved Frodo and thus had a more important role than just being Aragorn's love interest. 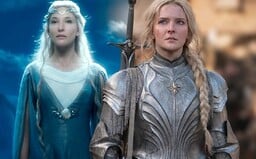 Finally, we have Fredegar Bolger. It was the fifth member of the hobbit party who remained in the Shire. Partly to conceal Frodo's absence, and partly because he was afraid of a great adventure. At the end of the books, he helped the hobbits defeat Saruman.

8. Absence of other Dúnedain descendants and a different Aragorn

Peter Jackson and the screenwriters portrayed Aragorn as a man afraid of his heritage and Isildur's genes, and not very interested in the throne. However, in the books, Aragorn was proud of his birthright and longed to be king. He also led the other descendants of the Númenorians called the Dúnedaini.

His "brothers-in-arms" aided him in the battle for Minas Tirith and accompanied him when he went to the King of the Dead to ask for his help and for the fulfillment of his promise to Isildur. However, the other descendants of Númenor are not heard of in the films, just like the kingdom of Arnor.

Any fan of Middle-earth and these stories knows that the Hobbit book is quite thin and does not have nearly as many interesting events as in The Lord of the Rings. Hollywood studio Warner Bros. and director Peter Jackson made three films about this book.

The director himself admitted that he did not have enough time to shoot and create films and sometimes felt that he did not even know what he was doing. In the film, he had to make up several events that never happened, including the characters. 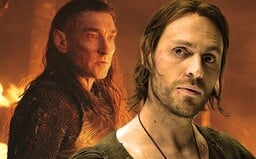 Tauriel, for example, did not exist in the books, neither did her relationship with Kili. Legolas wasn't even in the book, and Azog in Middle Earth history died long before the events of The Hobbit. On the other hand, Jackson devised a brilliant scene of the dwarves escaping in barrels. In the book, the barrels were sealed during the river cruise. But Peter Jackson made it a great looking action and suspense sequence.

10. The biggest difference between the books and the series Rings of Power

It is about the density of the whole story. The Second Age of Middle-earth and the events that the series will depict spanned thousands of years. The creators plan to make five series, and if they were to stick to the timeline from the books, they would have to change all the characters except the elves too often, since they live forever. The plot would shift by tens, hundreds or thousands of years each time, so the locations and main characters would change significantly, which would be too complicated.