House Of The Dragon Creator: You Won't See Rape In The Show. It Happens Off Camera

The creator of the series claims that in their series House of the Dragon, we will not see such sexual violence as we did in Game of Thrones. 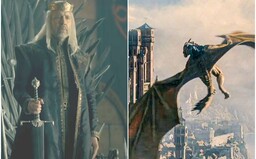 She revealed that rape and sexual violence will happen in the series, but the creators did not capture it on camera. Instead of the scene itself, we will see how it affects the characters around. Producer Sara Hess says their series portrays a patriarchal society that trivializes sexual violence against women.

The series also shows men indirectly forcing women to do things they don't agree with, but they don't realize how bad it is. Society in this fantasy world normalizes such behavior. The creators are also alluding to the behavior of people in reality. You will be able to watch the debut part of the ten-part first season of House of the Dragon on HBO Max on August 21.