Watch the action-packed trailer for the magnificent fantasy series House of the Dragon from the world of Game of Thrones.

HBO Max has released the official teaser trailer for the House of Dragon series, set in the Game of Thrones world. The premiere of the first part will be on August 21, so HBO is slowly starting to promote it. In addition to the trailer, you can also look at posters featuring the main and supporting characters. 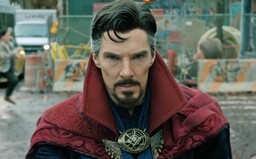 The trailer introduces us to the country of Westeros, which is ruled by the Targaryen family. Thanks to the dragons, they took control of this area and became a feared family. But their rule was not eternal, and the House of Dragon series shows the beginning of their end. The story will take place about 100 years before the start of the events featured in the Game of Thrones series, so we can't count on seeing any of the favourite characters from the original series.

Emma D'Arcy (Truthseekers series) will also appear as Princess Rhaenyra Targaryen, along with Matt Smith (Prince Philip in The Crown series) as her Prince Daemon Targaryen. Rhys Ifans is the Hand of the King (Otto Hightower's right hand) and Olivia Cooke (Ready Player One) his daughter Alicent Hightower.

Fire will reign with Fire and Blood! Here are all the character posters for House of the Dragon premiering on August 21st! #HouseOfTheDragon pic.twitter.com/9t3p3SW1PL