Netflix Lost Almost A Million Subscribers In The Second Quarter. It Is A Million Less Than They Predicted.

The price of Netflix stock went down 67%, yet they remain the largest global streaming platform with more than 200 million subscribers worldwide.

Streaming platform Netflix lost 970 thousand subscribers in the second quarter (April 1 to June 30). However, this is much less than its April estimate, which expected a drop of 2 million subscribers, Variety reports.

Earlier this year, the 25-year-old company announced its first quarterly drop in subscribers in more than a decade - it lost around 200 thousand, including 70 thousand Russian viewers after they left the country due to Russia's invasion of Ukraine.

Netflix's share price is down 67% this year, even though it remains the largest global streaming platform with more than 200 million subscribers worldwide.

The company on Tuesday reported quarterly revenue of about $8 billion, a slight improvement from the $7.9 billion it reported in the year-ago quarter. 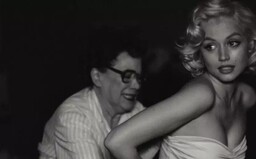 "Re-accelerating revenue growth is a big challenge for us. However, we have been through tough times before. We have built this company to be flexible and adaptable, and this will be a great test for us," Netflix said in a statement. The company reiterated its strength in streaming. "We are optimistic about the future," it added.

Netflix also confirmed that it plans to introduce a lower-cost subscription service that would include ads, but did not specify a specific price.