Ana De Armas Will Play Marilyn Monroe. The Actress Completely Charmed Us In The Trailer For The Movie Blonde By Netflix.

Watch the first teaser trailer for the movie Blonde which will depict the life of the famous actress Marilyn Monroe. We will see it this year on Netflix.

The streaming service Netflix gave us a first look at the anticipated biographical film about the Hollywood star Marilyn Monroe. Monroe was probably the greatest sex symbol of the 50s who has many fans to this day despite her death in 1962 as a 36-year-old.

The picture Blonde will focus on her life and reveal depressing and uncomfortable moments not only from the time of her greatest fame but also from her privacy. The audience will also get sexual scenes. Those are probably the reason why Blonde is the first movie by Netflix to receive an age restriction NC-17 so only people above the age of 17 can see it.

The restrictions are decided on by the organization MPAA (Motion Picture Association). Horrors or movies with naked actors usually have the R rating and are available also for people under the age of 17 but accompanied by their parents.

The restriction has also surprised the director himself who said that he expects his movie to offend a lot of people. He did not censor himself and has made a "juicy" film in which he attempted to authentically depict the life, career and sexism in the life of Marilyn Monroe.

Marilyn Monroe was a huge Hollywood star who did not escape sexual harassment. It is likely that the director Andrew Dominic wanted to capture this part of her life as well. The movie will be a mix of fact and fiction so you definitely should not expect all of it to be based on true events. 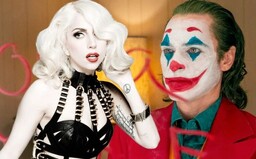 Marilyn will be portrayed by the amazing actress Ana de Armas (Blade Runner 2049, James Bond: No Time to Die). Netflix has planned the premiere for the 23rd of September. It was directed by Andrew Dominic (Killing Them Softly), who also wrote the screenplay based on a book of the same name from the year 2000 by Joyce Carol Oates.

Apart from Ana de Armas, the movie will feature actors such as Adrien Brody, Julianne Nicholson, Bobby Cannavale. The movie has been in the making in Hollywood since 2012 and went through multiple changes. Originally, Marilyn was to be played by actresses Naomi Watts and Jessica Chastain.