The musician has died aged 70.

Founding member of the American rock band Bon Jovi, the bassguitarist Alec John Such has died at the age of 70. The magazine Rolling Stone has informed about this on Sunday. The band has confirmed the musician's death on their website, without specifying the cause .

„We are heartbroken to hear the news of the passing of our dear friend Alec John Such. He was an original. As a founding member of Bon Jovi, Alec was integral to the formation of the band. To be honest, we found our way to each other thru him. We'll miss him dearly,“ wrote the band in their statement.

Nonetheless, in 2018, Such was inducted to the Rocknroll hall of fame as a member of the band with whom he has lived through their boldest period.

„When Jon Bon Jovi called me many years ago and asked me to become a member of his band, I realized soon after how serious he was and what his vision was. I am very happy that I could be a part of this vision,“ said Such in his opening speech. 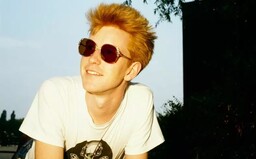 Alec John Such passed away only 10 days after the death of another music legend, the co-founder of the band Depeche Mode Andy Fletcher who has died at the age of 60.