Amber Heard On Her Loss: It Broke My Heart, This Verdict Is A Setback For Other Women.

Zdroj: The Independent
Stay fresh and follow us:
REFRESHER refreshercom

The actress Amber Heard shared her reaction to the court verdict which she found out on Wednesday the 1st of June along with the rest if the world, on Twitter. She says she feels disappointed. "I'm heartbroken that the mountain of evidence was not enough to stand up to the disproportionate power, influence, and sway of my ex-husband."

A setback for other women

Heard further writes in her statement that she is disappointed by what this means for other women. She sees it as a setback. "It sets back the clock to a time when a woman who spoke up and spoke out could be publicly shamed and humiliated."

She believes that Depp's lawyers managed to get the jury to overlook the key issue of freedom of speech which is guaranteed by US Constitution. Apart from that, she believes the jury ignored evidence which was so conclusive that she won her case in the UK. "I'm sad I lost this case. But I am sadder still that I seem to have lost a right I thought I had as an American - to speak freely and openly."

The lawsuit which had been broadcast and in the centre of media attention for weeks has ended with a legal win for Johnny Depp.

He succeeded with his defamation claim and his ex-wife has to pay 10 million in damages. Heard has to pay him further 5 million as a punishment, but considering the limits in the state of Virginia which set the maximum limit of financial punishments to 350 thousand, Depp will "only" be getting 10.35 million dollars.

Heard also managed to win a smaller sum of money, since she sued Depp's lawyer Adam Waldman for defamation during allegedly false accusations against her. She demanded 100 million in damages and the jury awarded her 2 million. You can follow the whole lawsuit here on Refresher. 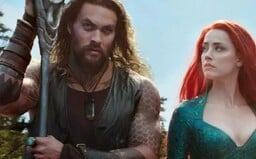