Playstation is broadening their favorite game series through movies and series.

The company Sony has introduced a briefing of their entrepreneurial activity. A huge part of the briefing concerned consoles and Playstation games, but it later came to a Hollywood studio Sony Pictures Entertainment and Playstation Productions - a production company who works with different Hollywood studios on making movies and series with the motives of Playstation games. During this briefing, we found out that we can expect series for God of War and Horizon. 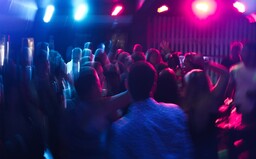 The God of War series will be available on the streaming platform Amazon Prime Video. If the creators stick to the game plot, which is most likely, the main character will be Kratos. Kratos started as a dangerous war general who has, on the verge of his life, asked gods for power, thus selling his soul.

He then served them for many years, but has one day decided to break free. that led him to the journey during which he killed many Greek gods and later even got into Nordic countries where he started to fight against gods like Thor and Odin.

The Horizon series will be introduced on Netflix. Horizon is a sci-fi taking place in the far future where people resort to completely primitive lives without modern advancements. There are ruins everywhere and the player controlling the character Alloy quickly learns how people almost went extinct and what happened to the planet where robots in the form of various dinosaurs move around.

Horizon has an amazing sci-fi story with unexpected plot twists and the series can either work with games or show the end of the world in detail, how it occurred in the games. There are grand battles with gods, monsters, huge robots in both games, while they are placed in a fantasy, or rather post-apocalyptic world.

Most likely, these are cases of blockbuster production. A good example is the series The Last of Us based on the motive of the famous game by the company Playstation. It is made by HBO, who pays over 10 million dollars for each part of the first series (the same cost as individual episodes of the second to last season of Game of Thrones).

The company Playstation confirmed preparations of a series based on the racing game Gran Turismo. We do not know whether it will be a racing drama or rather a documentary-oriented series about racing.

That is far from everything Playstation has in store for us in the field of movies and series. Apart from God of War, Horizon and The Last of Us, they are preparing a sci-fi series Twisted Metal and a movie Ghost of Tsushima from the director of John Wick.

We have recently seen the movie Uncharted with Tom Holland and Mark Wahlberg. The company Playstation Productions has announced that they are currently preparing 10 movie and television projects based on Playstation games.