VIDEO: Marvel Reveals Series About She-Hulk Hero. In The Trailer, Hulk Is Teaching Her To Fight And She Mocks The Avengers.

On the 17th of August, we will meet Jennifer Walters, Hulk's cousin who received similar abilities.

Marvel Studios released the first trailer for She-Hulk, which is supposed to be a partly super-hero and partly comedy series. The main character is a lawyer Jennifer Walters (Tatiana Maslany), who happens to be Bruce Banner's, alias Hulk's cousin (Mark Ruffalo). 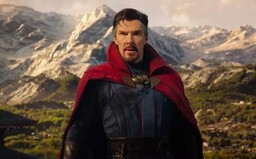 The trailer does not show how and why she became the hero She-Hulk. In the comics, she changes after Bruce donates blood to her when she is severely injured. In contrast to Bruce, she can control her transition and her personality remains the same after the transition. She is simply the good old Jennifer but with superpowers.

In the trailer, h'Hulk teaches her how to turn into She-Hulk and fight, so he will be an important part of the plot. Apart from that, we see Emil Blonsky, alias the villain Abomination (Tim Roth), whom Hulk fought against in the movie The Incredible Hulk, when Hulk was still portrayed by Edward Norton. Apart from them, the series will feature Benedict Wong, as Wong.

It is worth our attention to mention scenes which look visually worse computer tricks. These are namely the scenes showing digital She-Hulk, which seem peculiar.

Bruce Banner's hand which was severely injured after the events of Avengers: Endgame where he used the Infinity Gauntlet glove. It seems that he will again be a full-blown member of the Avengers, although fans would wish for the good old Hulk, whom they have not seen since Avengers: Infinity War, to return.

Smart Hulk/Professor Hulk, so the joint Hulk and Banner, now means there will be two "clever" Hulks, therefore it will be more interesting when Hulk returns to his original angry form.

The internet speculates that the movie might feature Charlie Cox as Matt Murdock/Daredevil. Since the cancellation of the Daredevil series, he was first seen in the movie Spider-Man: No Way Home. He is to be seen in the series Echo which is currently being made by Disney+ and will be available next year.

The series She-Hulk: Attorney at Law will be available on Netflix on the 17th of August and it will have 9 episodes. The script was written by Jessica Gao (Rick and Morty, Robot Chicken), while the team od directors was led by Kat Coiro (Dead to Me, It's Always Sunny in Philadelphia).