Doctor Strange 2 Makes The Most Profit After Spider-Man Since The Pandemic. The Film Made Almost Half A Billion Dollars.

Doctor Strange In The Multiverse Of Madness Is A Huge Hit. Marvel Made Another Billion Dollar Movie.

Hollywoodsky magazine Variety informs about the profits of the movie Doctor Strange in the Multiverse of Madness. These are extremely positive for Marvel and Disney Studios. The comics movie has made 185 million dollars in the USA and Canada in the premiere weekend . 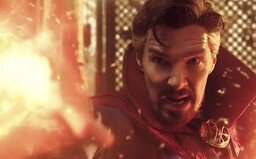 The film made 265 million dollars abroad, and therefore 450 million dollars worldwide. In both cases,  these are the second best results from the pandemic period after Spider-Man. The newest Marvel movie is not screened in Russia, Ukraine and it will most likely not get to China and other countries in the East.

It is partly due to a few seconds long scene where we see that the character of America Chavez has two mothers and some countries do not tolerate any aspects of LGBTI. Considering that Marvel movies make hundreds of millions of dollars in China, Marvel and Disney studios will lose out on a lot of money. 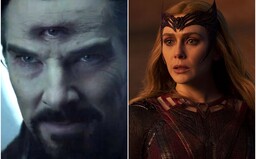 An interesting statistic is coming from France. The first part of Doctor Strange made 85 million dollars in the first screening weekend, while the second part has made 90 million dollars on Friday only. It is due to the fact that Marvel movies make strong revenue in the first few days. The audience wants to see the new Marvel movie as soon as possible so they don't ruin their experience by spoilers and surprises from other people.

In terms of worldwide revenue, Doctor Strange is in the 6th place of the biggest worldwide premiere weekends. From the Marvel point of view, it is in the 4th place, since the only movies that made more in the first weekend were Avengers: Infinity War, Avengers: Endgame and Spider-Man: No Way Home. It is more or less certain that Doctor Strange 2 will make more than a billion dollars in cinemas.

Benedict Cumberbatch revealed in his interview for The National Post that if Marvel is interested in creating interesting stories fir the character of Doctor Strange, he will gladly portray him in the following 10 years.

Report content. If you've found mistake or have any issues with article, please let us know.
Thumbnail: Marvel Studios/Paramount Pictures/The Mediapro Studio/The Walt Disney Company
Share
Save Saved
Share Share article
In order to save article, you have to be logged in.
Log in
Cancel
Failed to save changes, try again please.