These are the best South Korean productions you'll find on Netflix.

Squid Game and Hellbound have managed to launch a South Korean craze within the film and series world. Large part of it is also on Netflix, but many viewers know that these two series are really just the tip of the iceberg.

Filmmakers from South Korea have already made dozens of amazing films and series, which haven't received the kind of attention they deserve. We're going to shed the light on several of them in this article. All of them are on Netflix, so you don't have to worry about finding ways to get them. 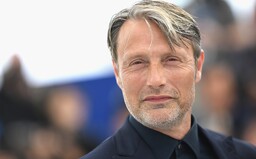 Let's start with a movie. With Alive, the creators have proved that South Korea really knows their zombie game. Several zombie movies and series come out every year, but the vast majority are generally nothing but weak attempts at bringing something new to the genre or spin-off the old.

In Alive, we follow the story of a video game streamer who gets stuck in an apartment building after a zombie apocalypse outbreak in Seoul. Oh Joon-woo doesn't only fight zombies, but also hunger, thirst, anxiety, mental health problems and the pitfalls associated with the apocalypse. Will he manage to escape the zombie-infested apartment building?

Alive also boasts action and exciting scenes with zombies, but we can also appreciate the focus on the characters in this film.

One of the main characters in this crime series is Bae Doo-na, which you might also be familiar with from the series Sense8, Kingdom or from the movie Cloud Atlas. She portrays the policewoman Han Yeo-jin, who assists the prosecutor Hwang Si-mok. After his brain surgery he's lacking basic human empathy and skills in communicating with other people. Together they try to solve a high-profile murder case.

The investigation leads them to a surprising conclusion. They are faced with massive corruption not only in the ranks of law enforcement, while their careers and bare lives are at stakes. The series is built on quality acting performances, hauntingly criminal atmosphere and a well-written story. You just have to make it through a relatively slower beginning and pace that might not be everyone's cup of tea.

We can't recommend this zombie series set at the beginning of the 17th century in Korea enough. This is definitely the best zombie series out there. Forget the messy behavior of the characters and never ending story à la The Walking Dead. Once you get through the first slower episode, a thrilling ride full of historical action in absolutely stunning setting awaits.

Prince Yi Chang (Ju Ji-hoon) is slowly preparing to ascend the throne as the country recovers from the Japanese invasion. Plague, disease and social inequality are raging everywhere, but the biggest problem of its inhabitants still awaits. In addition to political conspiracy, Yi Chang has to fight for his life on several fronts. He is followed by powerful invaders, and at the same time, zombies are starting to appear in the country. No one knows how to protect themselves. A film version of this series is also available on Netflix.

This series deals with religion, sects, dangerous cult of fanatic believers, who bend God's will in their favor and control society. They use paranormal events to support their theories. 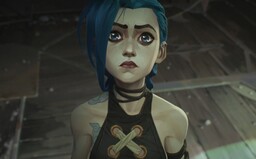 A divine being appears before a man to inform him exactly when he will die. At the same time, 3 immortal monsters pop up out of nowhere, ripping the guy to pieces and burning him down to ashes. The first series focuses more on people and their stories rather than monsters and the supernatural, which makes them more emotional.

Hellbound has only 6 episodes, of which the first three are especially enjoyable. Traditionally, the quality of acting performances are a given (the amount of good actors in South Korea is insane). On top of that, the story evolves in unconventional and original ways.

5. Crash Landing on You

Heiress from South Korea is having fun while paragliding when she suddenly lands on the wrong side of the DMZ by accident (the zone that divides South and North Korea). She is rescued by soldier Ri Jeong-hyeok, captain of a special police unit from North Korea. The two of them have instant chemistry, but instead of the classic honeymoon phase, they have to deal with how they can both avoid death.

If someone in North Korea finds out who the captain is actually protecting, they will both lose their lives immediately. Together, they are trying to get to South Korea while ducking problems, which is next to impossible. The series is cast with many famous Korean actors and also deserves praise for depicting life in North Korea, which is something that more media should draw their attention to.

Now back to the horror and zombie genre. Some of the monsters and visual tricks in Sweet Home are more resembling of Resident Evil movies, but it's definitely better than that. The story focuses on Cha Hyun-soo, who's struggling with life and its pitfalls after his entire family dies in a car accident.

He has to put his mental problems aside when people in the city begin to gradually transform into all kinds of monsters and he learns that he's actually able to fight them quite well. However, the monsters are getting bigger and stronger.

Vagabond is a really addicting crime drama. The story follows a stuntman and a few other randomly connected people who come together when uncovering a big conspiracy and a dangerous level of corruption across the country. The stuntman's nephew died in unclear circumstances in a plane crash that the government refuses to properly investigate.

However, hundreds of victims of the crash had relatives that won't get over this so easily. The series contains spy, action, exciting, dramatic and even romantic elements, which means that everyone can find something of interest in here.

Bong Joon-ho has made some great movies. In 2020, he won the Oscar for Best Picture as the first South Korean director ever to receive such prize. It was for the excellent film Parasite. Even before that, he made two films starring mostly Hollywood actors. We're talking Okja and Snowpiercer. First let's talk about Snowpiercer, whom you might recognize thanks to American series.

The story takes place in the near future. People wanted to control the weather, but it got completely out of hand and the entire planet froze. Before that happened, scientists managed to construct a long railway line for a huge train. The train is divided by class, so the richest people live at the front and the poorest people who live off garbage are in the very back.

One day, however, the poor people run out of patience and decide to aim for the front of the train to get answers to some important questions. A little philosophizing about life awaits, but also a lot of action within a completely original storyline.

We gave the biggest Netflix hit 7/10, and even though it's not revolutionary, the very idea of ​​the series is quite original and we thoroughly enjoyed it. And if you still haven't seen it, you should know it's really worth it. Same as with the Kingdom series, you just have to get through the first, extensively long and honestly slightly boring episode.

Subsequently, you witness people fighting for their lives in various children's games and for millions that will make them incredibly rich. Imagine Hunger Games and the Battle Royale style combined with the Fall Guys. Unknown organization puts together a total of 456 players, who are given an opportunity to win 46 billion won (more than 30 million euros). Of these 456 players, only a few will remain in the end.

In order to win, they must survive through a total of 6 games. However, they are not aware of the fact that they are actually risking their lives in these games. The series has its pros and cons, but overall it is a lively drama that will keep you in suspense until the very end.

Another successful film by Bong Joon-ho. This time, much more emotional. The story of unusual animals, one of which was raised by young Mija since her childhood. When the organization returns for iits creation, Mija refuses to give it up. However, this doesn't work and Okja travels to the US, where she eventually becomes food. Mija travels to the US to get her best friend back. But what are her chances against a large corporation?

Hollywood cast (Jake Gyllenhaal, Paul Dano, Lilly Collins, Tilda Swinton), but also South Korean actors are killing it in this film. It's a bit of an emotional rollercoaster, but it approaches the topic sensitively and mainly tries to make a social and ecological statement. Some scenes from the film will stick with you for years after watching it.