Zlatan Ibrahimović and his Epic Career

Legendary footballer Zlatan Ibrahimović is celebrating his 40th birthday these days. Shall we recap all of the milestones he's accomplished in his lifetime?

Zlatan Ibrahimović is one of the athletes also known to those who are not into sports at all. On top of being an excellent player, he's a world-famous character. His quotes and deeds have been shared on social networks for years. He entertains people all over the world, but every now and then, he can also say something deep and wise. Author of several unforgettable goals and moments in football history.

Ibra, as many call him (he also often likes to refer to himself in the third person), celebrates his 40th birthday on October 3rd. Honestly, we feel as if he was older. Not because of his looks, but we've been seeing articles, poems and videos about him since before we were born, it feels. Zlatan is a superstar and we decided to bring his kind of crazy, outstandingly successful life closer to you. 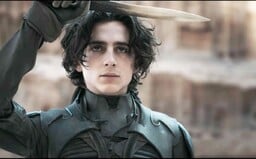 Hundreds of goals, dozens of trophies, no Champions League yet

Born on October 3rd, 1981 in Malmö, Sweden. Since then, Zlatan has won 32 club trophies in his professional career and scored almost 600 goals. More than 500 of them were scored at club level. However, he never won the Champions League or the Ballon d'Or award for the best player of the year.

He has shot one of his most famous goals in the Ajax jersey. Passing around a few players several times, so we can say that he won 7 times, making his way through more than 7 opponent players. Incredible ball control, impressive dribble in limited space and a strong shot without a swing.

Club-wise, he has already been part of 9, and AC Milan is the only one to which he has returned. Starting his career at Malmö FF, from there he transferred to Ajax Amsterdam. That's where he consolidated his status as a rising star and began to be noticed by agents around the world.

He chose Ajax instead of Arsenal London. Zlatan revealed that the Gunners coach at the time, Arsene Wenger, asked him to come to the auditions and show what he could do. "I told him 'I will not do a trial: either you take me or not, I'm not here to waste time'. Ibra does not test., "

Arsene Wenger told BBC he did not regret the decision. At the time he was completely unknown and played for the second league in Malmo. It was normal for such player to do trials. Later, Zlatan was lured to Juventus, from where he traveled to every major league except the German one.

In England he played for Manchester United, in Spain for FC Barcelona, in Italy for Juventus, AC Milan and Inter Milan, in France for PSG. He also tried American Major League Soccer for two years, where he was absolutely killing it and attracted American spectators to the screens. And how did he say goodbye to the league? Like typical Zlatan.

„Now go back to watch baseball“

I came, I saw, I conquered. Thank you @lagalaxy for making me feel alive again. To the Galaxy fans - you wanted Zlatan, I gave you Zlatan. You are welcome. The story continues...Now go back to watch baseball pic.twitter.com/kkL6B6dJBr

In two years, Zlatan scored a number of wonderful goals in MLS, took care of several assists and drew attention to himself with many controversial statements. It is precisely his statements and quotes that regularly appear on social networks.

Short video summarizing Zlatan's 2 years in the USA. Most professional strikers wouldn't be able to put together a cut with such amazing football moments in their entire career.

Interestingly enough, in Milan he played for both AC and Inter, rival clubs. Few players can be shown love in both clubs after playing in them (similarly to Ronaldo, who was loved by the Barca fans, even though he moved to Real Madrid).

He felt unutilized at FC Barcelona and hated coach Guardiola

Zlatan always talked more about his work at FC Barcelona. He spent 2 seasons there during the best years of his life, but he was living in the shadow of Lionel Messi. He couldn't seem to find the right spot the team, but he got along well with his teammates and often mentioned Messi positively. However, he had a problem with various rules of the club, such as the ban on coming to training in sports cars.

He also had a bad relationship with coach Pep Guardiola. Zlatan didn't like the way he led the team, his mentality and philosophy, and often argued with him, even cursing him out. In his book I am Zlatan Ibrahimovic, he compared Guardiola to José Mourinho. "If Mourinho lights up a room, Guardiola draws the curtains." He described his work in Barca like buying a Ferrari, but driving it like a Fiat.

He allegedly announced that he would beat up Guardiola if he won't allow him to transfer to AC Milan. Barca sent him to visit for a year (and sold him to AC right after). Just the first year of Zlatan in AC after leaving Barca was the year when the Catalan club won the Champions League. Zlatan missed it by just a hair, unfortunately.

Zlatan is an arrogant, confident and physically fit football player who expresses himself provocatively both on and off the field. However, most football fans love him, as he is careful not to cross any boundaries of decency in public. And most of all, even though he might be rude, he is right anyway.

And that goes both for speaking of Messi as the best footballer in history (although he later stated he was just as good, if not better, than Messi and Cristiano Ronaldo) or of himself as a great threat to any team, even if he's injured. .

Arrogant, cheeky, dangerous and aggressive - that's Zlatan on the field

It's a fact that on the field, Zlatan sometimes behaves aggressively and dangerously. Sometimes he behaves exactly like the type of player you hated playing football with, afraid of getting hurt. Whether it was on purpose or just because he went in too hard. The video below will convince you of his insidious ways.

Zlatan does not disappoint, no matter the team. He always scored beautiful and important goals, affected the matches and the atmosphere on the field with his presence, made an unforgettable show and entertained both spectators and his teammates alike. However, he sometimes did have problems in one way or another with them.

One of his MLS opponents confessed that Zlatan constantly criticized and shouted at his teammates during matches. But he also had good relations with some of them. Veratti and other PSG players laughed as he thanked the coach and teammates at the award ceremony.

Zlatan was able to humiliate anyone with a single sentence

Zlatan sometimes does not shy away from various insults and picks on his teammates and opponents. As soon as someone criticizes him, Zlatan returns the favor. When footballer John Carew decided to do so, he received the following reply: "What Carew does with a football, I can do with an orange." His post-match interview from his Ajax era is also memorable.

Ibra is not to be messed with, and no one would even dare to do it. That's probably why he always believed that regardless of what he says, no offended person would stand up to him. He owns a black belt in Taekwondo - Korean fighting style. Zlatan used his flexibility and acrobatic work with or without the ball several times in trainings or key matches.

Zlatan also had a great run in the national team. Just like the polish Robert Lewandowski, he didn't have the strongest support in the team that was aspiring to win the title. However, this did not prevent him from really testing the quality of the big football countries a few times, together with other Swedes. Not to mention the wonderful goals he scored. Undoubtedly, the "scissors" in the English net are forever engraved in our memories.

The goalkeeper Joe Hart didn't hit the ball off very well at that time, so Ibra scored one of the most beautiful goals in history from almost 30 meters away. Many forget that Sweden beat England 4-2 in that match and all 4 goals were scored by Zlatan. Each one of them was amazing.

He became the best Swedish footballer of the year 12 times, including the time between 2007 and 2016, when he won the award 10 times in a row. His "scissor" goal became the most beautiful goal of the year and won the 2013 FIFA Puskás Award.

Zlatan doesn't shy away from the cameras either. In an interview with Jimmy Kimmel, he said all the right things, was super charismatic, funny and relatable. After all, no one said he;s not a good person. His competition on and off the field is very strong, so he can sometimes come across excessively arrogant and confident.

His charisma can still sometimes wane. As it did in 2013. His teammate Anders Svensson of the national team got a car for becoming the player with the most matches (146) in the role of the team captain. Therese Sjögran from the women's rep team played 187 matches as a captain, for which she did not receive a gift. And Zlatan's reaction?

"With all due respect to very good women, men’s and women’s football can’t be compared. Please, it’s not funny. That kind of humor wouldn’t even go through in Rosengard. Anders’ achievements shouldn’t be reduced to women’s football. They could get my autographed bike – that’s enough. "

Zlatan's behavior also stems from a difficult childhood. His parents divorced and he's experienced the trauma of immigrants from the former Yugoslavia together with them. The pain of the past has transferred over to him especially from his father, who witnessed the murder of Bosnian civilians by Serbs.

Zlatan had a troubled childhood, with theft part of his life. He learned to play football in narrow spaces with awful surface, while in the game they focused mainly on various football tricks and maneuvres. At the age of 17, he faced a petition signed by several parents of players at Malmo FF. Zlatan headbutted one of his teammates. However, the conflict was mutual and the blame laid on both players.

Zlatan is an unusual type of football player and character, who only appears sporadically. In his professional career, he has achieved almost everything that could be achieved and justfully ranks among one of the best attackers of the 21st century.

A few of his famous quotes:

When asked what he had given to his partner for her birthday, he replied: "Nothing, she already has Zlatan."

When a reporter asked him at the post-match press conference why he had scratches on his face, Zlatan replied, "I don't know, ask your wife."

When the photograph in close contact with Piqué appeared online and in the media, Zlatan was not amused. It was nothing romantic, but when a Spanish reporter asked him about it, Zlatan replied, "Come to my house and find out if I'm gay. And take your sister, too." 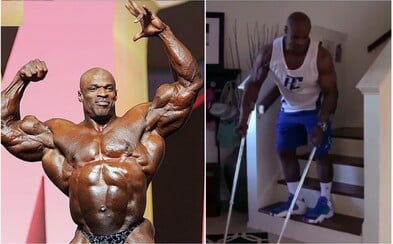 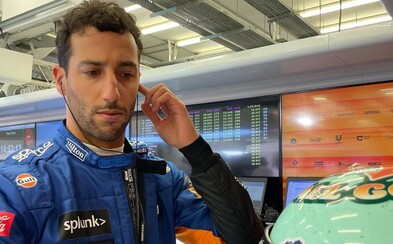 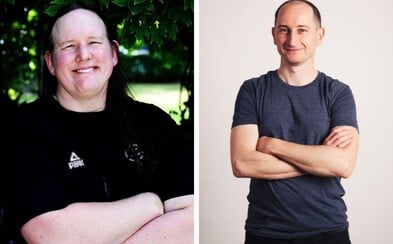 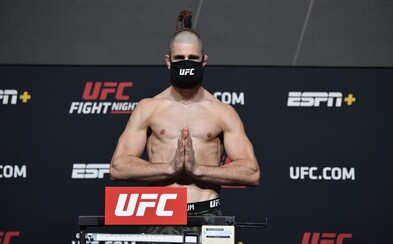