How To Know When You Should Quit Your Job? Look Out For These Signs And Don't Burn Bridges, Say Experts

According to Andrey Budzák, if you want to part ways with your employer on good terms, it is advisable to agree on termination of contract, and clearly explain the reasons for leaving. You can offer to help find a suitable replacement.

Two years was the universally recommended time to stick to one job so it wouldn't look suspicious on a resume. "If not two, I can last at least a year," you say to yourself, and you fall asleep with anxiety every working day. Or you have been with the company for much longer and it seems easier to stay in a place you know well. But if you feel that something is not quite right?

Dramatic exits from work look good in Hollywood movies, but out her in the real world, it's a bit more complicated.. You have to take into consideration the fact, that you may come across your former boss or colleagues again in a few years or perhaps, that you will need references from them for your new employer.

We discussed the issue of leaving the company with several experts and found answers to the most common questions. 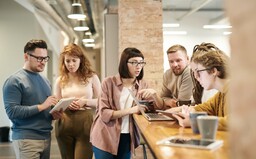 When it's time to move on

The most important and at the same time the most challenging question is how do I know when it's time to leave. Sometimes one big conflict makes out decision for us, sometimes it is a cumulation of multiple smaller problems. Giving notice should not be a spontaneous decision and you should consider all the pros and cons. Experts agree on some common signs. When you spot them, it might be time to move on.

Lenka Varadyová, a psychologist, recommends considering a change when you have not enjoyed your work for a long time, you feel depressed, demotivated, it kills you and destroys your health. You often feel mentally and physically exhausted, you are under constant stress and you cannot influence or change it.

Peter Križan, CEO of Personality HR, adds sleep problems, frequent procrastination, the feeling that you are not moving anywhere at work, that your work does not make sense to you and that you have not learned anything in the last year.

You don't see it as a big problem, but at the same time, you feel that it's not the same anymore?

"Think about what exactly fulfills you the most in your current job or in a specific position and what you are most successful at. However, at the same time, clarify what is holding you back at work and what you cannot deal with for a long time, even though you are really trying. If the negatives outweigh the positives or you really can't imagine continuing in your current workplace, it's probably time to look for a new job," advises Andrea Budzák, senior marketing specialist at Grafton Slovakia. 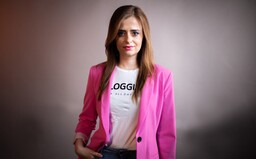 Before that, however, talk to the management. Sometimes they can help you overcome the crisis by changing the content of the job or work regime. If the company allows, maybe you will get motivated by the home office or work in a cafe.

"It is important that the manager really tries to find the meaning of the given person, why they should be in the company and why they should not leave. If both parties find meaning, then it is not time to abandon ship. Otherwise, raise the anchors. It's better for you and for the company," adds Honza Klusoń, CEO of Welcome to the jungle.

Sometimes the problem is not with your commitment, but rather with the complex working conditions. It could be changes in the organisation's values ​​that are against yours, or lack of support from a superior.

"It is not for nothing that it is said that people do not leave their jobs because of bad money, but because of bad bosses. And that can be related to insufficient feedback, praise, delegation of tasks and projects that develop us over time," thinks Matúš Draganovský from the SUVko coaching company.

New beginnings can be difficult

You have weighed all the pros and cons and decided that you want to quit your current job. What next?

"First of all, we should avoid sudden terminations that are not well thought out. It is necessary to realize what the dismissal will mean for us. So what do we expect from this, what will our financial situation be, do we have a plan B and what awaits us next," explains Silvia Langermann, PCC from Power coaching.

Think about whether you have enough saved when you want to take a break from work, and whether you would like to find yourself in another field later. In that case, according to Honzu Klusoň, you can already start your education in a new direction, broaden your horizons and contacts. 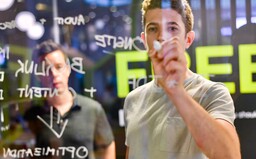 Changing profession overnight is not easy. Try to discuss it with a close person, someone with a distance from the situation and a neutral attitude. Ideally, start preparing a little while still working in your current job. Courses, workshops or an experienced lecturer can help you.

"In order to start your career in another industry, you will need practical knowledge in addition to theoretical knowledge. For this, you can try to ask for help from one of the companies whose culture is close to yours, if you could work for them for a few hours a week as a volunteer. The company will appreciate the free help and you will gain your first practical experience," advises Andrea Budzák.

However, if you enjoyed the work as such, try searching in related industries first. It is easier for you and it is very likely that you will do well in the given job.

What format should my resignation have?

In order for the notice to be valid, you must submit it to the employer in writing. No, an SMS message with the text "I quit" is not valid. You can find a sample document online. Beware, there are different forms for different types of employment relationships. You should deliver the notice in person, if possible, and in good time.

According to your employment contract, you can easily find out what your so-called notice period is (how long you have to stay at the company after the official termination). It is possible that the management will be open to an agreement and you will be able to leave earlier. The standard notice period is two months. It starts on the first day of the following calendar month after the notice was delivered.

How to part ways with an employer amicably

The time has come for a conversation that you suspect will not be among the most pleasant. Once you have made up your mind, you should let your superior know your decision as soon as possible.

If you want to part ways with your employer on good terms, it is advisable to agree on a notice of termination with him and clearly explain the reasons for leaving. You can offer to help find a suitable replacement for your position. In such a case, the employer will see your friendliness and can accommodate you, for example by terminating the employment relationship by agreement or writing a positive letter of recommendation.

"The employer will definitely like to listen to you and understand what you are facing. Everyone has been through such a situation at least once in their career," assures Honza Klusoň. Silvia Langermann stresses that you should not make leaving an emotional issue, but approach the situation pragmatically.

"Let's perceive the other side not as an opponent, but as a person who represents the given organization. These conversations can often end more positively than we initially think. It is important to be able to thank for good moments and projects. After all, we often chose the job ourselves at the beginning. It is necessary to add that the willingness of the other side is also necessary for such a positive relationship building," Matúš Draganovský thinks. 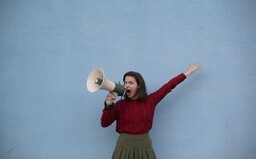 What not to do

You can ask for references, but you don't have to

In the future, your references from previous employers may come into question during an interview at a new company. Ask them immediately after leaving or give the boss time to "cool down" and contact him later? The interviewed experts did not agree on this. A lot also depends on the situation in which you leave.

"For the time being, references are used only exceptionally at the end of a relationship. If a new employer requires it, ask for a reference directly for them. Otherwise, it will just be a general piece of paper," thinks Peter Križan.

Honza Klusoň would give the manager some time to process your departure. "He just found out that his team member is leaving. He will be thinking about how to solve the situation, who will do the work for you, whether he will manage to find a replacement and other problems. Therefore, it is not appropriate to ask him for anything extra at this time. However, most managers want to part ways on good terms and will be happy to arrange a referral for you." 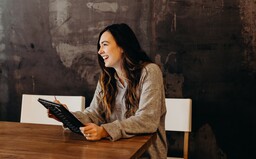 Silvia Langermann, on the other hand, thinks that when we submit a request to terminate an employment relationship, it is customary and it is perfectly fine to ask the former employer if he would be willing to provide such a reference for the future employer.

Andrea Budzák agrees with her: "If you part ways with your employer on good terms, it's definitely desirable, it's worse in the opposite case. However, you can try, or contact a superior who can appreciate your qualities."

According to Matúš Draganovský, if we conduct an interview as a professional discussion between two equal partners, the superior or the employer himself will offer this possibility. Especially in situations where their employment is terminated.

Tell your future ex-boss not only what you want, but also where and how it can help you. Draft an outline of what you would like to see in the reference.

When burned out, a person freezes in place

Burnout has a special place in the termination of employment. It can easily happen that you get to the point where you get stuck in mental and physical problems and even such a thing as resigning will seem extremely difficult.

"Try to pause earlier already at the signals of burnout and think about the next steps. I recommend making a dignified exit before we reach a state of burnout where we can no longer move. If we live in a bigger city, in general, a replacement can be found very quickly, and at the same time, we can easily find a replacement job.," thinks Silvia Langermann.

And what to notice? Watch for these symptoms: