The Crown: What Really Happened And What Did The Creators Make Up? Comparing The Series With The Reality

We compare real events and historical figures with their equivalents from Netflix's The Crown.

Death of Queen Elizabeth II. caused increased interest in The Crown series, which depicts the life of the royal family from around the time Elizabeth became queen. The Crown is currently the number one series on Netflix. Netflix is preparing two more seasons to cover the advanced age of Queen Elizabeth II, but until then you can watch the first four seasons.

The series was a huge success with viewers and many considered it a perfect reflection of the reality of the life of the royal family. However, not everything really happened the way you saw on the screen. If you want to find out what Queen Elizabeth II. was really like, and discover everything that is not true in the series, read the article below. 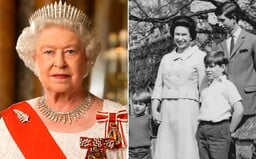 Dramatization / Lie: The woman who fell in love with Churchill in the first series didn't actually exist

Churchill's secretary Venettia Scott (Kate Phillips) dies in the series due to terrible visibility caused by smog, but she didn't actually exist. Experts estimate that The Great Smog in 1952 killed between 6 and 12 thousand people and caused huge economic, social and political problems.

However, people felt the effects of smog later than the creators showed in the series. For the purposes of dramatisation and composition of scenes, they added a specific human character to the tragedy. In our opinion, it's fine, since they didn't change anything from a historical point of view - they added more emotions to the characters.

Truth: The Queen had a really good relationship with Porchio

Porchie aka Lord Porchester, played by actor Joseph Klosk, really lived. He even had a very good relationship with the queen and took care of her horses. It has been speculated that he and the Queen had more than an intimate and close friendly relationship, there is no proof of this.

Truth: The relationship between Princess Margaret and Peter Townsend

Margaret truly loved Townsend and wanted to marry him. However, the marriage had to be approved by the Queen and Parliament itself, headed by then Prime Minister Churchill. He advised the queen not to do so, as Townsend had already divorced once. Such an action would be contrary to the values of the Church of England which the royal family espoused.

Margaret could marry Townsend, but she would have to give up her royal life, money and position. Peter Townsend admitted in his autobiographical book that he simply did not offer enough to make up for all that she would have lost.

Probably a lie: Prince Philip refused to bow to Queen Elizabeth II. at her coronation

In the series, there is a scene in which during the coronation of Queen Elizabeth II. her husband refuses to bow. Renowned royal expert Christopher Wilson told the Daily Mail that he believed this could not have happened. He claims that Prince Philip is from a royal family that took much of its traditions from the customs of the English royal court, so he knew what he had to do. 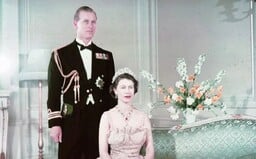 But he also added that he doesn't think Philip would kneel before his wife and the queen in private, so his rebellion and dissatisfaction with his wife and his position in the family are probably based on truth.

Truth: The then Prince Charles was close to death under a snow avalanche

In the ninth episode of the fourth season, we saw a rather surprising event in which an important member of the royal family almost died. King Charles III. (then still Prince Charles) actually went skiing in the Alps with his friends. Together they went on an unmarked route, which Charles himself allegedly led them to.

He managed to avoid the avalanche, but his friend Major Lindsay did not survive the accident. Charles Palmer-Tomkinson also ended up under a lot of snow, but the rescuers managed to keep him alive. Subsequently, he had to spend four months in the hospital.

Truth: Diana had an eating disorder

Season four sees a number of uncomfortable scenes as we watch Princess Diana struggle with bulimia and an eating disorder. Unfortunately, the creators did not make it up, and the princess actually struggled with bulimia, for years. But it only started after she became a member of the royal family.

In an interview with BBC Panorama, the princess said it was one of the symptoms of her troubled marriage. She was calling for help like that, but it wasn't the right way, so people thought she was unstable.

Lie: The disappearance of her son influenced Margaret Thatcher to decide on war with Argentina

Margaret Thatcher's decisions about potential war with Argentina were not swayed by her son's disappearance during the race in the desert. The war didn't start until a few months after Mark Thatcher was found. Instead, the series portrays Thatcher as a woman driven to radical action by the emotions caused by Mark's disappearance.

Many viewers may not like it, as such changes work to support the cliché about "crazy, emotional women". While the reality is, that with this step, Thatcher wanted to revive the imperial spirit in the British.

We don't know: The royal family's relationship with Diana

We will never know how it really was. Diana and Queen Elizabeth II. didn't get along perfectly. Their relationship, as well as the relationship of the entire royal family with the rebellious and outstanding Diana, was complicated, and even some experts do not dare to comment on all this definitively. It is certain that there was a stifling atmosphere in the royal family and Diana had a very difficult time.

Dramatization and a partial lie: The relationship between Prime Minister Margaret Thatcher and Elizabeth II.

The series portrayed the relationship between the two women as problematic. There were apparently scenes in which Queen Elizabeth comments on politics, expresses her personal opinion on political decisions and advises the Prime Minister on how to proceed in the leadership of Britain.

The Queen appears to have been apolitical, even in discussions with her advisers, so it is unlikely that she was actually that politically engaged. In the series we also see how the Queen asks her press secretary Michael Shea to reveal to the press what the Queen thinks of Thatcher.

While it is possible that Shea did indeed reveal to the press that the Queen was secretly criticizing the Prime Minister, it is unlikely that the Queen herself ordered him to do so. On the part of the creators, it was a further dramatisation of the plot and the relationship between these two important women.

The truth: Michael Fagan got into Queen Elizabeth II's bedchamber.

In the series, he got to Buckingham Palace exactly twice. History bears witness to this, as Fagan actually succeeded. As in the series, in reality this caused a major scandal and a change in security around the royal family.

Lie: Fagan spoke to the Queen about Margaret Thatcher

Fagan and the Queen reportedly spoke for several minutes, mostly about Prince Charles. According to his own words, Fagan had no intention of having political and social discussions with the Queen. Fagan himself claimed that he did it just like that, without thinking.

Prince Harry also commented on The Crown in an interview with James Corden. "They don't pretend to present factual news. It is fiction, but based on truth and real events. Clearly, this is not entirely accurate. However, the series paints an approximately accurate picture of the lifestyle of the royal family or the pressure of fulfilling duties and the need to put service to the country and not the family first," said the prince.