Who is the king of modern GTA games? GTA III, Vice City, San Andreas, IV or V? The answer may surprise you.

Rockstar Games studios are currently working on GTA 6, the next big part of the popular Grand Theft Auto game series. The last title was released in 2013, making this an enormously long break. Between 2001 and 2009, 10 of them were published (4 major and 6 minor projects). In preparation for the "six", which should not be released no later than 2025, it would be appropriate to delve into the best projects of the series again.

We ignored all the titles from before 2001. Until then, they were less complex. In these, you looked at the game world from above and had almost no story. It was not until GTA III that defined not only the series itself, but also all open-world games and the gaming industry as such.

It is GTA III, that is at the bottom of this list, but the creators do not have to be ashamed of it at all. In 2001, it was a revolutionary game with an incredibly detailed and fun open world. The developers improved the game with many complex mechanisms, such as the Wanted Level (the number of stars for which the police are chasing you) or side missions.

For the first time in the series, we only controlled one character with a proper story, the criminal Claude Speed, and even though he didn't speak a word, we loved him. Walking in his shoes, we worked for mafia gangsters, goons and all kinds of other criminals. It wasn't easy, but incredibly fun. GTA III was a huge hit that offered players dozens of ways to entertain themselves.

It's incomprehensible, but Rockstar Games managed to release Vice City 12 months after the previous part. Today, we can't even imagine something like that, since the development of games takes so much longer.

However, with a one-year development cycle, Rockstar proved that it belongs to the top of the gaming industry, and after the successful GTA III, it released an even better sequel with more likeable characters, voiced dialogues, improved graphics and more diverse gameplay options.

They set the story in a completely new city called Vice City, which was inspired by the Florida city of Miami. By the way, did you know that the worlds of Liberty City, Vice City and San Andreas appeared as soon as the very first part of 1997, in which all three appeared at once? Vice City is still one of the most popular game worlds among players.

There was an incredible wave of hype around the release of GTA V. We've never experienced a situation where players went crazy over simple images from the game and based on them, they speculated about what will be possible to do in the game.

GTA V earned more than a billion dollars in 3 days and became the most successful product in the entertainment industry in history (the record was later surpassed by Avengers: Endgame).

To date, Rockstar Games has sold over 170 million copies. Only Minecraft is better with more than 230 million copies sold. However, Minecraft has been on the market for two years longer, is more accessible to more players, and costs a third of what GTA V does.

The huge success of GTA V is justified. It is a famous game with a vast open and complex world full of secrets, hundreds of possibilities to entertain yourself and dozens of main and side quests. In addition, the creators listened to the players and prepared for them more missions involving robbing banks. A big novelty was the possibility of playing from the first person point of view or the possibility of controlling up to three different characters, between which the player could switch at any time, which resulted in a lot of surprises.

We must not forget about Trevor, one of the most legendary game characters ever, great humor and socio-political satire of the USA. A separate chapter was the multiplayer mode called GTA Online, which is still played by millions of players and earns Take-Two and Rockstar Games hundreds of millions of dollars.

Finally, GTA V and GTA Online grossed nearly a billion dollars in 2020. That's over $2.5 million every day, 7 years after the game was released. We will probably never experience anything like GTA V again. This is also why the creators of the game were in no hurry to release a sequel. They didn't need it with the game making so much money. GTA V and GTA Online are extremely high-quality games that every fan of open-world action games should play.

Why did we rank GTA IV higher? There are more reasons. GTA IV was like a revelation after GTA San Andreas. It was the first game from the HD era (III, Vice City and San Andreas are 3D era, IV and V again HD era) and had an authentic hero who tried to act dramatically and not just as a comedic caricature. We think GTA IV has the best physics and destruction model of the series. We've spent hours of gameplay slamming cars into walls and watching what it does to the bodywork.

It was also fun to watch how a human body thrown from a car at a speed of 200 km/h behaves. Physics and destruction combined with modern graphics and detailed character faces resulted in us being blown away from the game. We remember how excited we were to buy it on PC, only to find out that our PC wouldn't play it.

While we saved up for new RAM, a graphics card, and a processor, we printed out manuals and mission descriptions and studied them by heart. Many may still remember the "infinite" loading or problems with the launcher through which the game was launched.

GTA IV also boasts an elaborate system of fist fights, as the protagonist Nico Belic masters the martial art of krav maga. The game had excellent quests, fun side missions, and we also liked the unconventional character relationships and humor. We can't forget the unique vehicle control model that seems to "float" on the road.

Unforgettable were also the story expansions Lost and Damned and Ballad of the Gay Tony, which connected the lives of the three main characters in one mission in an innovative style. It was probably the basis for the mechanism of 3 playable characters in GTA V.

Is it nostalgia talking? Of course. If any player can get rid of rose-colored glasses with the inscription nostalgia when recalling and evaluating GTA San Andreas, they simply did not play the game at least 5 times (as we did) and certainly did not try to occupy 100% of the territory of the Ballas gang for Grove Street.

San Andreas represents everything that GTA is famous for and that players love about the series. It is unbelievable that this game was also released on the PS2 console, from which it squeezed the absolute maximum. We've been playing for so long that many of us still remember most of this world and places, so we know what street is where. We always like to remember the banter, perhaps the best humour in the entire series or the original and bizarre characters.

The game was significantly changed by cheats, which either made it easier or made it even more fun. San Andreas offered the most options in the entire series up to that point and the funniest and best game world, but that's subjective. As we say, nostalgia weighs heavily, so if you didn't play San Andreas as a kid, but GTA V, your ranking will probably look different.

P.S.: GTA III, Vice City, and San Andreas all came out in remastered editions last year, but it was a poor collection full of technical flaws and terrible design decisions. We still recommend playing these games in their original versions. 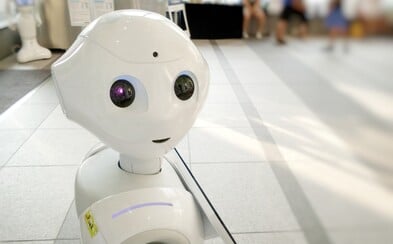 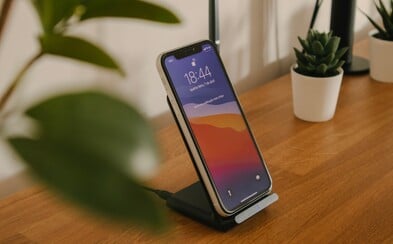 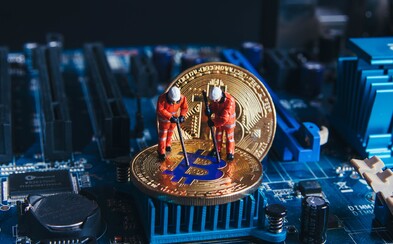