"I owe who I am to two different things - poverty and Paris. Poverty forced me to work and Paris gave me meaning and courage," says the Italian fashion legend Elsa Schiaparelli, who left her rich family and started her own business.

The Italian brand Schiaparelli has attracted attention at Paris Haute Couture Week in recent years. Beyoncé was impressed by the extravagant models, and posed in them in photos for the recently released album Renaissance. The first lady of the United States, Jill Biden, also wears the more elegant models.

Elsa Schiaparelli went down in fashion history as a revolutionary. Today, we owe to her the zipper, shorts, the popularity of the colour pink, but also unisex perfume. She was worshiped by the representative of surrealism, Salvador Dalí, and hated by Coco Chanel herself. In addition to never saying Elsa's name, she set fire to Elsa's dress at their first meeting together. 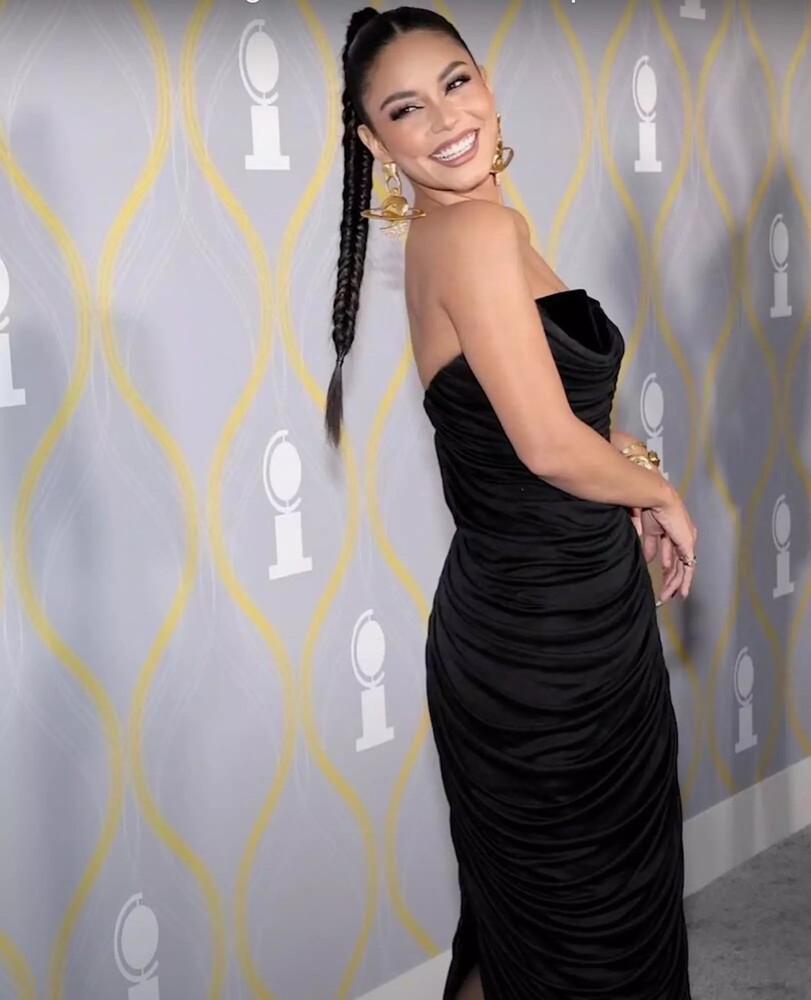 Schiaparelli was destined to be happy from an early age. Her uncle, who was an astronomer, noticed that the marks on her face resembled the shape of the Big Dipper. It accompanied her all her life as a symbol and talisman.

Despite coming from an aristocratic family, she decided to exchange luxury for freedom. She felt hunger and changed several occupations. Her whole life, which she sometimes complicated herself, was full of shocking moments.

I owe who I am to two different things - poverty and Paris. Poverty forced me to work and Paris gave me meaning and courage.

Her mother thought she was ugly

Elsa was born in 1890 in Rome's Corsini Palace. Despite growing up in prosperity, she did not have a happy childhood. Her mother was of aristocratic origin and considered her daughter ugly. According to the biography, she never put a napkin in front of her mouth, and in an attempt to please her mother, Elsa poured clay with seeds into her throat, nose and ears, hoping that it would bloom like a garden full of beautiful flowers.

Young Elsa, however, often tried on dresses with expensive lace, brocade skirts or figure-shaping corsets in the palace. That's when she realised how much clothes can change and influence a person's appearance or charisma.

However, the rebel Elsa found a way to get out of there. She went on a drastic hunger strike in protest, so the family took her in and allowed her to return home.

In Rome, an arranged marriage with a rich nobleman was already waiting for her, in which none other than her mother had a hand. In an attempt to escape from the golden cage, Elsa decided to get a job in London as a nanny for family acquaintances. She traded wealth for freedom.

She got engaged after one day, the wedding took place without the family's consent

It was in the capital of England that the bohemian Elsa fell madly in love with Count Wilhelm Wendt de Kerlor, who proposed to her after only one day of acquaintance. The small wedding took place without the presence and, as usual, the consent of the Schiaparelli family.

However, this love was not happy and the marriage brought her debts. The Count was later accused of illegal activity with "magic" and had to move to New York. After rumors of the Count's infidelity began to spread, they divorced.

When her close friend Gaby Piccabia offered to collaborate in a luxury boutique where they were to import French fashion, it seemed that Elsa had finally found her luck. However, even this well-intentioned plan could not lift her out of her misery.

She only found happiness in Paris, where she realised that she wanted to work in fashion

Elsa therefore decided to move to Paris, which was poor and therefore cheap after the First World War, but nevertheless magically managed to remain a center of art and fashion. Despite the fact that Schiaparelli worked as a saleswoman in an antique store, thanks to her influential friend Gaby, she quickly rose to higher artistic circles.

It was there that she had a fateful meeting with the leading designer of the time, Paul Poiret, who saw great potential in her "in addition to being a walking advertisement" for a charismatic woman. He urged her to start working on her the first drafts.

The first model lifted her out of poverty, French Vogue also wrote about it

Elsa became a freelance designer known to everyone as Schiap. A simple model of a hand-knitted pullover, which created the illusion of a bow at the neckline, was called a masterpiece by French Vogue.

The sweater craze brought the necessary capital to open the first store and hire the workers who were in charge of production. Elsa was thus able to present the first models of ready-to-wear as well as haute couture in her own Dom Schiaparelli store.

On many of them, she used contrasts of black and white or black and other pale shades, but colourful and bright abstract patterns, sailor tattoos or turtles became her hallmark. Schiaparelli thus presented the world with a new form of extravagance, which was a huge success both in Paris and in the United States, from where the first licensing contracts from textile manufacturers poured out.

Thanks to the fact that she loved experimenting and followed the motto "Dare to be different" all her life, she earned the first place in the history of fashion several times. She was the first designer to introduce a branded collection of sunglasses and the world's first unisex perfume called S. She was also one of the first designers to introduce a zipper on her models as an alternative to buttons. In addition, she conceived it as a distinctive decorative accessory.

Swimwear with a built-in bra, a new shade of pink or the first split skirt as the predecessor of shorts

After the First World War, the position of women in society changed and with it the style of dressing. Many designers sought success in sports collections.

Schiaparelli succeeded in a unique and previously unseen design. She invented the short pant skirt that tennis player Lili de Alvarez wore to a Wimbledon match in 1931. At the time, this practical yet elegant piece was considered the perfect predecessor and inspiration for shorts.

She also caused a revolution with a collection of swimwear, in which she was the first to incorporate a bra. In 1937, she also managed to become famous with a completely new shade of "shocking pink". The intense and bright color perfectly described not only the avant-garde style of the designer, but also her desire to shock the surroundings.

The collaboration with her close friend Salvador Dalí brought mainly hats in the shape of a boat, a birdcage with a canary or a propeller with an airplane. With Jean Cocteau, whose drawings also appeared on Schiaparelli coats, they also created boots with tassels and long fur or a necklace studded with insects.

Combining fashion with art, creativity and a growing name, Schiaparelli became the first female designer to appear on the cover of American Time magazine. She started in a modest apartment with one employee, who was herself. She gradually managed to build a brand with eight studios in Paris, a branch in London, an office in New York, 700 employees and a luxurious address at Rue Vendôme 21 in Paris with her own money.

Schiaparelli's extravagant fashion gems, understandably, did not only find supporters. Coco Chanel also had it in for her. What bothered her was that she had to share her success in the world of fashion with another woman who, according to her, could not even hold a needle and thread.

She described her style as kitschy or tacky and never referred to her as anything other than "that Italian woman who sews clothes". In her book In My Fashion, writer and French fashion editor Bettina Ballar recalls how Chanel and Schiaparelli literally danced a "fiery tango" at a Paris ball. Coco is said to have asked Elsa to dance, only to then deliberately direct her into burning candles. Her clothes were allegedly extinguished with soda.

Dior put an end to it

After World War II, Schiaparelli enjoyed success for a while when she presented the Constellation collection in 1945, headed by the new creative director of the brand, Hubert de Givenchy. Although the models met with great acclaim and earned a spot on the front page of The New York Times, they had a post-war touch and the studio workers were on strike. Some pieces had unfinished parts, holes, and sometimes threads or pins were sticking out of them.

Schiaparelli, who had been guided by her heart and spontaneity all her life, somehow sensed that her end was near. With the advent of the era of Christian Dior, which brought simple style and minimalism to the fore, there was no place left for the avant-garde designer. In 1945, she decided to close the fashion house and immerse herself in writing her story.

Elsa Schiaparelli, fashion icon, inspirational woman and strong character, couldn't have called her autobiography better than The Shocking Life. She died a peaceful death in her sleep at the age of 83. Her grandchildren never called her grandmother. In the heart of Paris, but also of the family, simply Schiap remained forever.

In 2007, the Schiaparelli fashion house was bought by Diego Della Valle (chairman of the Italian leather goods company Tod's), who set out to revive the "sleeping beauty" and make it "inimitable and modern" in order to define the style and needs of the 21st century woman.

The Schiaparelli brand has become popular and one of the primary choices of world celebrities in recent years. However, the atelier also owes its stellar clientele to a new strategy of digital communication and social media, which proves that it is forward-looking.

The brand approaches each model separately. The proof is, for example, Lady Gaga, who herself is the very embodiment of eccentricity. For the inauguration of President Biden, the studio prepared an elegant ensemble for the singer, the most striking element of which was a golden dove. Bella Hadid shocked at last year's Cannes Film Festival with a model of a black dress, the neckline of which was a 3D illusion of human lungs.

The price of haute couture models from the Schiaparelli workshop is above 10,000 euros, but in ready-to-wear we can also find cheaper models in the price range of around 300 euros. The model of the golden dove jewelry, which Lady Gaga also wore on her dress, is available on the official website for 700 to 12,000 euros. Earrings and rings are in a similar price range.

In 2017, Schiaparelli received an official haute couture brand license from the French Ministry of Industry and the French Fashion Federation. 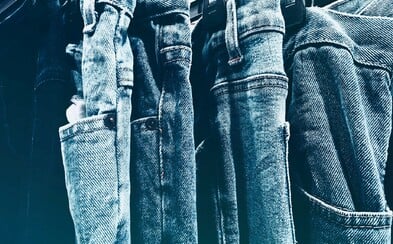 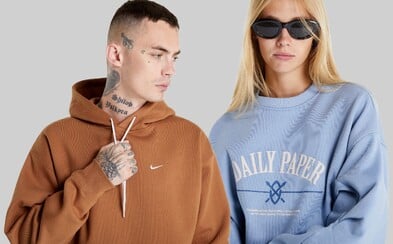 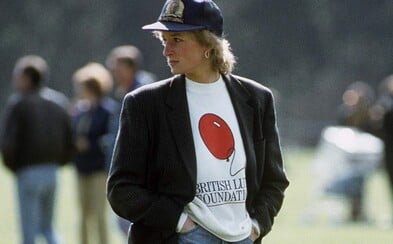 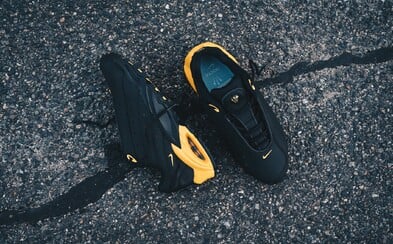 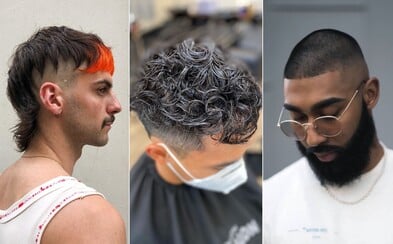 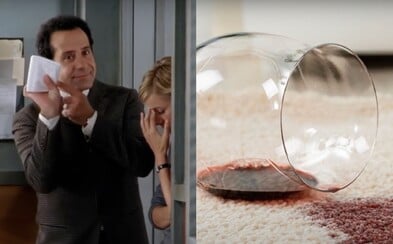 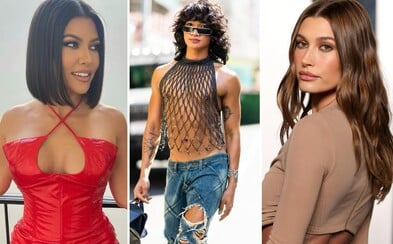 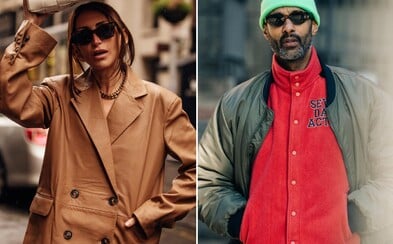