Iconic Rivals Rubinstein and Arden: They Invented Red Lipstick And Mascara And Stole Each Other's Husbands.

"With her packaging and my product, we could dominate the world," said Helena Rubinstein to her rival. The two cosmetics moguls hated each other to death despite never having met.

In the first half of the 20th century, the voice of women began to grow stronger. Gradually, in various countries of the world, they worked towards the right to vote, and some even managed to win a firm place in business. Elizabeth Arden and Helena Rubinstein dominated the cosmetics industry at the time and made millions.

If you consider that they stole each other's employees and copied each other's products, their rivalry led to the revolutionary discoveries of several breakthrough beauty products, changing the attitude towards makeup. It is clear that if they worked together, they could do much more. Helena Rubinstein once said to her rival: "With her packaging and my product, we could dominate the world." But that's not how it usually works in life.

Interestingly, despite living and working just a few blocks apart on Manhattan's East Side, Rubinstein and Arden never met in person. Who knows... maybe they didn't want to risk liking each other in the end.

Read about the fate of two women who were united by the same vision and hatred, and today we owe them waterproof mascara, anti-aging cream or red lipstick.

Arden introduced eye shadow to America, she got red lipstick to the army

Elizabeth Arden started her business in 1910 on New York's Fifth Avenue, making her brand one of the oldest cosmetic brands in the world. She was the first to introduce eyeshadow to women in America and started making travel size products.

In 1912, she was part of the protests for women's suffrage, and it all happened by chance when the demonstrators were passing her salon.

Arden handed out tubes of red lipstick and nearly 15,000 women with provocative red lips shouted protest slogans and waved banners. The red lips of the suffragettes later inspired other female activists in Europe, Australia and New Zealand, who considered red lipstick to be an integral part of their struggle.

Later, in 1941, the American government commissioned Elizabeth Arden to create a special line of cosmetics for female soldiers. It included blush and the legendary lipstick in a shade called Montezuma Red, which became an official part of the military uniform. The launch was so successful that Arden later created a similar lipstick for women outside the military, which she called Victory Red.

We owe Helena Rubinstein both waterproof mascara and anti-aging products

Rubinstein became a cosmetics magnate at the end of the 19th century. The lack of cosmetics, especially skin care products, inspired her to open a small shop in Melbourne, Australia, where she first sold things imported from Europe. She later graduated in dermatology and started making products herself. She was the first woman to combine science with the cosmetics industry.

You owe Helena Rubinstein the first waterproof mascara. She also opened the first ever beauty salon. Women didn't go there just to relax, but also to learn how to take care of their skin or apply makeup. In addition, it defined three main skin types and launched the first anti-aging product.

With this, she forever changed the attitude towards make-up, which thanks to her made it into the regular routine of many women. In her advertisement, she emphasized to female customers that taking care of one's appearance is as important as going to work in the morning, and elevated cosmetics to a manifestation of emancipation. She even told Red Cross nurses that it was their duty to be combed, "powdered and rouge" as well as to save lives. It was a truly revolutionary shift in cosmetics.

Arden gave her rival a "spectacular" welcome to the Big Apple

Both women made it to the top on their own, starting from scratch with immigrant status. Elizabeth Arden, whose real name was Florence Nightingale Graham, was born in 1878 to a family of farmers, while Rubinstein, born six years earlier, was a very poor Polish Jew who was deported to Australia by her parents after she started seeing an inappropriate man.

Elizabeth Arden was the first to move to New York, and when she opened her salon in 1910, she made New Yorkers go crazy with her face creams, which she sold in luxurious pink packaging. When the exotic-accented, pearl-studded Rubinstein showed up in town, Arden became nervous. She moved just five blocks from her rival's shop and declared war on her by painting her salon door red.

Elizabeth Arden managed to launch her first mascara in the 1930s. Rubinstein wanted the same thing, but a little better, so she worked day and night to invent a waterproof version.

When Arden launched her best-selling perfume Blue Grass in 1934, her rival megalomaniacally introduced Heaven Sent soon after. She released 500 balloons from the roof of her Bonwit Teller store on Fifth Avenue. Arden almost went mad with envy.

They stole both employees and lovers from each other

Relations between the two beauty moguls heated up in 1937, when Arden poached her rival's most capable HR manager, who took eleven more employees with him. Rubinstein hit back by hiring Elizabeth Arden's ex-husband as her spokesperson.

When Helena Rubinstein, then 66, married Prince Artchilo Gourielli-Tchkonia, a Russian aristocrat 23 years her junior, Arden could not live with her rival taking the title of princess. She took to the streets by herself with the intention of rounding up someone with blue blood, which she succeeded at first glance.

She later realised that her "royal beau" was just a charlatan and a liar.

"They both wanted to be the queen bee in the hive," says Lindy Woodhead, whose book War Paint inspired the musical of the same name. "If the two women happened to be at the same party, some unfortunate and poor young man had to hold Madame Rubinstein at one end of the room, and the other had to do the same with Miss Arden, lest they accidentally meet and start a fight," he adds.

Where two fight, the third one wins...

Despite the fact that their competition led to many discoveries in the world of cosmetics, it blinded them and the ladies somehow forgot to follow other competing brands. In the 50s of the 20th century, businessman Charles Revson came to the fore with rocket speed. He enjoyed fame and fortune thanks to his Revlon nail polishes.

Although Arden and Rubenstein competed, both agreed that they disliked Revson's product and considered it vulgar. While the tycoons remained in their studios with old-fashioned practices, Revlon polishes managed to appeal to the younger generation and appeared in sexy commercials and on television. Well, where two fight, the third wins.

However, the rivals fought to the death until their last breath. When Rubinstein died at the age of 92, Arden sighed, “Poor Helena.” A journalist who interviewed her would have sworn that despite the sadness in her voice, her eyes shone with a sense of triumphant joy. Arden died 18 months later.

Both Arden and Rubinstein were bought out by other companies

The Rubinstein company was sold to the Colgate Palmolive conglomerate in 1973 and slowly and anonymously incorporated into the L'Oréal company.

Even though the name Rubinstein is no longer pronounced as it once was, her legacy and message are ubiquitous in the beauty industry. The rich history is also reflected in the price. The Helena Rubinstein eye revitalizing renewing cream will cost you almost 600 euros, the anti-aging serum around 320 euros, but you will be quite pleased with the price of the mascara, which is 32 euros.

Elizabeth Arden, Inc. is similarly a wholly owned subsidiary of Revlon since 2016. Unlike the Rubinstein brand, its prices are around tens of euros. You pay 45 euros for the night cream, 15 euros for the body cream for women.

The bitter and never-ending rivalry between female rivals in the beauty industry, as well as the dark side of the industry, is captured in the Broadway musical War Paint, starring Tony Christine Ebersole and Patti LuPone. You can watch the whole performance in the video below.

The musical portrays the relationship between the rivals as one of the biggest conflicts in US history, despite the fact that the said enemies have never met. In addition to providing a look at the two powerhouses, the show also highlights how both women laid the foundation for today's beauty industry and high-level customer service. 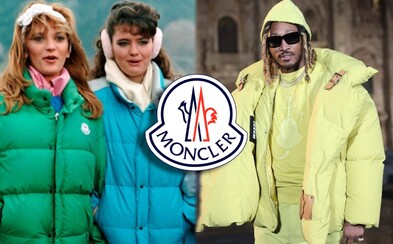