In The First Trailer For Season 6, Rick And Morty Are Destroying Space And Killing Aliens. The Series Will Be Back In September.

Take a first look at the new season of the favorite animated series about the genius scientist and his grandson who experience intergalactic adventures every day.

The sixth series of Rick and Morty will continue the sci-fi tale of a brilliant scientist and his grandson who have intergalactic adventures every day. We will see the new episodes exactly one year and one day after the end of the previous series. This is the shortest waiting period between new series, which is a sign that we won't be waiting even two years for new series anymore, as has been the custom. 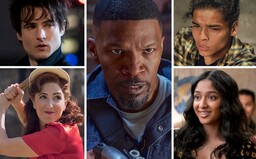 The sixth series will have a more cohesive and serialized story, with individual episodes building on each other more than in previous series. The first of the sixth series will air on Adult Swim on September 6. Every week thereafter, we'll see one new episode. There should be ten in total.

In the debut trailer for the sixth series, we see the return of some of the characters from past series and the traditional Rick humor, huge destruction, lots of action and humor.