The Best New Series On Netflix In August: Sandman, DOTA Or The Locke & Key Finale.

These are the most anticipated movies and series on Netflix in August 2022.

Sandman is an anticipated fantasy series from Netflix based on the great comic book series by acclaimed author Neil Gaiman. The story follows Morpheus aka Dreama (actor Tom Sturridge), one of seven entities that control key aspects of the world and humanity's existence

The first series will have 10 parts and will focus on the comics that chronicled Dream's imprisonment for several decades. When he escaped from prison, he found that his absence made it difficult for people to dream and his kingdom fell apart. Dream's goal is to set things right, but other entities stand in his way, as well as Lucifer.

After the first trailer, Carter strikes us as a great looking Asian action film. Its creators have shot and edited it in such a way that it looks as if it was shot entirely in one take and without editing. The film has a frenetic pace because of this. The action is packed with adrenaline-pumping shots and we have to commend the makers for their camera work after we've seen the trailer.

The story is about Carter who wakes up in an unknown place and without any memories. He is only guided by a voice in his head that belongs to a mysterious woman. If he doesn't listen to her, a bomb goes off in his mouth. His mission is to save a child who carries the antidotes to a deadly new virus that is beginning to destroy the planet. But Carter is hot on the heels of CIA agents and the Korean mafia. 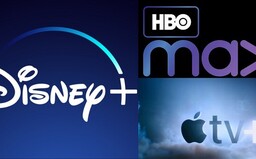 The plot of the series focuses on the three children of the Locke family - Tyler (Connor Jessup), Kinsey (Emilia Jones) and Bodo (Jackson Robert Scott) - on an adventurous journey to learn the family's secrets. The kids also discover exactly what happened when someone murdered their father. As they search the family mansion, they find magical keys that turn their world upside down. The third series will conclude the story.

The third series of the popular animated series looks just as good as the first two. If you like series like Castlevania, The Legend of Vox Machina or other successful video game adaptations, you'll love DOTA. The series has good animation, an interesting story with lots of twists and turns, and fun fights between humans and other races and magical monsters.

The first film by J.J. Perry (a veteran stuntman from Hollywood films like John Wick and Fast and Furious) will be about a father (Jamie Foxx) who raises his daughter and works as a pool cleaner by day. But he has a big secret. He kills vampires at night, which his buddy Big John (Snoop Dogg) helps him with.

Dave Franco (Afterparty) and Scott Adkins (Invincible - Yuri Boyka) also have additional roles in the action film. Day Shift probably cost no small amount of money to make. In fact, they shot most of the action on camera and tried to use a lot of practical effects as well, as this video will convince you.

If you're a video game player, you're probably familiar with the Tekken series. The creators made it famous on the Playstation consoles and it's now a global phenomenon. The game's story is quite complicated and jumbled, but you can still get something interesting out of it.

That's apparently the view of Netflix as well, as they'll be releasing an animated series on August 18 that will look at the life of Jin Kazama. After the death of his parents, his distant family will want to create a killing machine out of him so that he can participate in a special battle tournament.

Mark Wahlberg and Kevin Hart play long estranged friends in this comedy. Kevin Hart's character indulges in a few days without his children and worries (so-called me time). However, he makes the mistake of hooking up with Mark Wahlberg's character, who is always trying something adrenaline-fuelled and dangerous. The result is one of the most dangerous weekends in both men's lives.