These are the most anticipated series and movies on HBO Max and other streaming services.

Streaming services will release so many interesting movies and series in August that they won't fit into one review. So we've decided to separate Netflix's schedule from the other services. So today we're going to present you with the 10 most anticipated August series and movies from HBO Max, Disney+, Apple TV+, Hulu, Amazon Prime, and Peacock. 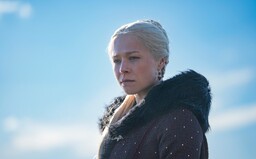 You can't subscribe to this service in some countries, but we still think They/Them deserves your attention. The film will follow teenagers in a camp for LGBTI people.

The adult staff of the camp will try to convert gay people into heterosexuals because they think their sexuality is a disease. The teenagers have to deal not only with homophobic adults, but also with a mysterious person in a mask who hurts them and threatens to kill them.

Hulu is also not available in some countries but some series and movies of this service can be watched on Disney+ (one of the best series of the year, The Bear, is unfortunately not).

The miniseries captures the life of the boxing legend that is known to the world to this day. However, Mike Tyson wasn't just a successful boxer all his life. Just as he was after his career ended, he was a controversial figure before it began, whose nerves often gave way, and occasionally ended in bodily harm. The miniseries will depict his childhood, youth and adulthood. Trevante Rhodes (Moonlight, Predator) will play the lead role.

In this series, Domhnaal Gleeson plays a serial killer who decides to see a psychiatrist (Steve Carell). However, instead of undergoing conventional treatment, he kidnaps his doctor and then converses with him while the doctor fears for his life.

Prey has the makings of being the best Predator film since Predator 2. Director Dan Trachtenberg (10 Cloverfield Lane) has set the film in 1719, when the Predator first visited Earth. He may have thought he'd find only defenseless humans with primitive weapons, but one Native American woman confronts him and forces him to use all his weapons to make it off planet Earth alive. You'll also be able to see Prey on Disney+.

The series, consisting of five animated shorts, will be released on August 10. In all parts, we will follow the adventures of Baby Groot (Groot from Guardians of the Galaxy 2), and thus from the time when Groot was a child. We'll also see Rocket (a character voiced once again by actor Bradley Cooper) in at least one part. In terms of style, it will be more of an animated series for children.

The main character of the comic book series from the Marvel world is a lawyer Jennifer Walters (Tatiana Maslany), who coincidentally is the cousin of Bruce Banner aka The Hulk (Mark Ruffalo). In the comics, Jessica is transformed after she is seriously injured and Bruce donates blood to her.

However, unlike Bruce, she is able to control her transformation and her personality remains after her transformation. She's just plain old Jennifer, only with superpowers. Hulk will teach her how to transform into She-Hulk and fight, so she'll be an important part of the plot.

In addition, we'll also see Emil Blonsky aka the villain Abomination (Tim Roth), who Hulk fought in The Incredible Hulk when Hulk was still played by Edward Norton. Benedict Wong as Wong and Charlie Cox as Daredevil will also appear in the series.

The 12-part series takes place five years before the events of 2016's Rogue One: A Star Wars Story. For Star Wars fans, it will tell the story of the growing rebellion against the Empire and how humans became involved in it. "It's an era filled with danger, deceit and intrigue, where Cassian embarks on a journey that is destined to turn him into a rebel hero," the creators announce.

The series will depict the life and events of rebel Cassian Andor before he took part in a suicide mission in Rogue One. Cassian will once again be portrayed by actor Diego Luna, and in addition to him, actor Alan Tudyk will return as the charismatic robot K-2SO. However, it's possible that we won't see him until the second season. The series looks gripping in the first trailer and the creators describe it as an action-packed political thriller.

House of the Dragon – 21st of August

The return of Game of Thrones in style comes with a spin-off series that will be set 200 years before Daenerys got her dragons. The series will focus on House Targaryen, how they came to rule Westeros, but also how the Civil War and the battle for the Iron Throne gradually came between them. The series will feature 17 dragons, intrigue, political machinations, sex, medieval battles, and a cast of characters.

The first episode was directed by Miguel Sapochnik. He also directed the Hardhome and Battle of the Bastards episodes of the original series. In total, House of the Dragon will have 10 parts, and if the first series is successful, HBO will film a second. The story will be set in multiple time periods, and we'll see some of the characters at younger ages in places with younger actors.

Paddy Considine plays King Viserys Targaryen, the successor to King Jaehaerys. Emma D'Arcy (Truthseekers series) as Princess Rhaenyra Targaryen will also be featured, along with Matt Smith (Prince Philip in The Crown series) as her apprentice Prince Daemon Targaryen and brother of the King, who has his sights set on the throne and will apparently be behind the rebellion in the House.

The animated film will focus on a woman, Sam, who is very unlucky in life. Fortune smiles on her when she is helped by a magical being who determines who has how much luck in life. However, Sam loses her luck and so the creature in the form of a cat chases her until it enters her world. However, he causes chaos there and the whole world is in danger as there is no balance between luck and bad luck.

The miniseries will depict the challenges faced by patients and staff at a New Orleans hospital after they were hit by Hurricane Katrina. The hurricane didn't just kill people directly, but indirectly as well. Some people will accuse the hospital staff of not doing everything they could to save the patients. They allegedly left them for dead just to save themselves. Vera Farmiga (The Conjuring) will play the main role of the nurse.

The third series of the sci-fi series See will be the last. In it, actor Jason Momoa will fight to save not only his life, but also the lives of his friends, family, and his decisions will affect the rest of humanity. You live on planet Earth after everyone has lost their sight.

A League od Their Own – 12th of August

During the Second World War, many men went to the front to fight. As a result, there was no one to play baseball, which led to the creation of the first professional baseball league in the USA. The series tells the stories of women who left their homes and families to pursue their dreams and make it big in the sport. An important part of the story will explore racism and sexism in a male-dominated sport.

Abbi Jacobson, D'Arcy Carden (Barry, The Good Place), Gbemisola Ikumelo (Sex Education) and others will play the lead roles. This is a remake of the successful 1992 film in which Tom Hanks coached a team of female players. The series format allows the filmmakers to work more with the characters. Nick Offerman (Parks and Recreation) has taken over the role originally played by Tom Hanks in the series.

It is an action film starring actor Sylvester Stallone. Stallone plays a retired superhero who evaporated after a big battle 25 years ago. He is discovered by a young boy (Javon Walton aka Ashtray from the TV series Euphoria), but it's clear that the hero doesn't want the world to know about him anymore. Obviously don't expect big action scenes from the film like The Avengers, but rather a more intimate drama with a few action scenes.