VIDEO: Eddie From Stranger Things Played Backstage With Metallica. The Members Also Presented Him With A Signed Guitar

The musicians performed the song Master of Puppets together.

You surely remember the scene in Stranger Things in which Eddie Munson (Joseph Quinn) played Metallica's legendary Master of Puppets on guitar in the Upside Down world. It was this moment that forced several younger viewers to get to know the thrash metal band from Los Angeles better and become more interested in their work.

Metallica performed in Chicago at the popular four-day Lollapalooza festival, and a few hours before the concert, its members met British actor Joseph Quinn backstage. Not only did they exchange a few words, they even played together.

Band frontman James Hetfield enthusiastically told the actor how much he loves the Netflix series. It is said that he always watched it together with his children. Afterwards, Quinn was asked by bassist Robert Trujillo if he wanted to play. The actor froze for a second with an expression as if he couldn't believe that he had actually asked him, but in the end, of course, he agreed.

Since Quinn actually played the Metallica song on guitar while filming the series, since he's been a musician since he was a kid, he had no problem playing it with the original creators behind the scenes. Drummer Lars Ulrich highlighted Quinn's playing and joked to the camera, "We'd like to announce that Metallica is now a five-piece band."

But that was not all. Eddie Munson's representative received an extremely rare gift from Metallica that he certainly never dreamed of. They brought him a B.C. Rich guitar very similar to the one Quinn played in the aforementioned scene at the end of the fourth season of the popular sci-fi series. But that wasn't all, the musicians even signed it for him.


Metallica later prepared another surprise for Quinn. On the back screen during the evening concert, during the song Master of Puppets, they showed Eddie with a guitar, thus honoring not only him, but also the creators of the series. 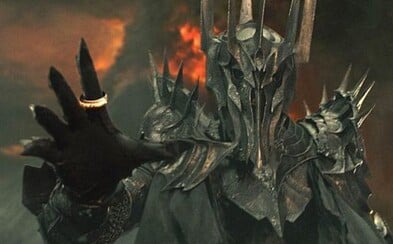