COMMENTARY: Stranger Things Has A Problem With Killing Its Main Characters

Why are the creators afraid to kill the main characters from the series?

The fourth season of Stranger Things confirmed the unpleasant trend of the entire series - the creators refuse to kill the main characters. When a character dies, it's usually secondary and in most cases it's characters that are introduced and killed within a few episodes or within one season.

In the following paragraphs, we discuss major spoilers from the fourth season of 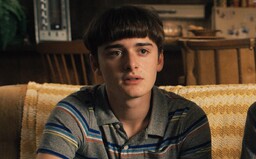 From the more prominent characters, Barb, Bob, Alexei, Billy, Chrissy and Ben died. The latest victim of the writers was the fan-favourite Eddie. It's no mistake that creators generally kill off popular characters. It's an easy way to create sympathy and emotion towards the characters  to keep the audience in suspense and hooked to watch the next episodes, since they can't be sure if their favourite character will die or survive.

The creators never kill off the main characters

Unfortunately, in this series, it doesn't work out for the creators at all, since they didn't kill the main character even once. Each of the characters has been close to death several times before and honestly, as much as we like them, we felt that their storylines were closed, or the time was right to kill them off, in order for the story to still make sense.

After four seasons, it already looks like the main characters are wearing so-called plot armor. This term is used to refer to characters who will not die even if a meteorite falls on them because the creators need them in the story.

Some of the characters who were closest to death and whose death would make sense were Will, Max and Hopper. However, neither of them died, which would have helped the plot. For example Will has more or less no story in the series. Since his mom Joyce and Sheriff Hopper rescued him in the first season, nothing interesting has happened to him. The creators made him gay so that he would at least have a storyline.

Hopper, in turn, sacrificed himself to save Hawkins, but at the last minute fought for his life and entered the Russian prison through the portal. In the case of these two characters, we still somehow understand that they survived, but what the creators did with Max caused an unbearable urge to roll our eyes. Vecna was successful in killing Max in the last part of the fourth series, but Eleven played God and revived her, although her heart had not been beating for a long time.

Revival of Max was worthy of a facepalm

Max's story closed quite sensibly in her death. She admitted her feelings, regretted her actions and came to terms with Billy's death. Vecna killed her because their plan to destroy him didn't work out for them.

Things like that happen, and it was about time that a grown-up villain from another world finally succeeded after years of trying and didn't let a bunch of kids beat him. It would benefit the believability of the story and the creators would surprise the viewers after a long time.

But now we know that the creators simply refuse to kill off the main characters (Nancy, Steve, Mike, Will, Dustin, Max, Lucas, Robin, Jonathan). They'd rather keep them artificially alive indefinitely, even though they have absolutely no space for them in the story. Even the actor portraying Jonathan probably did not know what he was actually doing on the set of the fourth series, since he contributed absolutely nothing important to the story. When the presence of a character in the story is absolutely irrelevant, its fate begins to be irrelevant to us.

The screenwriters had the perfect opportunity to kill Jonathan, Will or Hopper several times, in a way that would kickstart the story again and make the audience worry about their favourite characters. Nowadays, it doesn't even matter if someone dies. Eleven revives them anyway.

It's hard to say why the creators don't kill off any of the main characters. Are they afraid that without them they won't be able to tell the story? Are they too worried about the fan response? Are they saving the deaths of some major characters for the last season? By that time, however, we will more or less not care anymore. The story will end with fifth season, so we won't think about the fates of the characters anymore, and the effect of their death on the story and the viewer's emotions will be minimal.

When the creators are not brave enough and let the same characters die over and over again (always the newly introduced secondary characters), the series loses quality. Especially when, out of nowhere, Eleven starts reviving the one character who finally died.