Christian Bale Would Play Batman Again But Nolan Would Have To Direct It.

Can someone call Christopher Nolan to start as soon as possible? Everyone would watch The Dark Knight 4.

The actor Christian Bale gave an interview to the film server Screenrant in which he spoke about his role of Batman directed by Christopher Nolan. Before making part 1, they made an agreement that they will make a trilogy and close the story.

When the Screenrant reporter asked him whether he will play Batman again, Bale answered that none of the creators from the Hollywood studio Warner Bros suggested it. Sometimes, someone famous tells him that they heard he will make another part but Bale tells them that it is news for him. 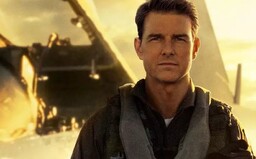 However, there is a chance it could be made. "If Chris Nolan ever told me that he has another story he would like to tell with me, I would be in," said the Hollywood actor.

The audience was surely curious how the director would advance the story. The potential sequel to The Dark Knight is not yet a reality since Bale would only make it if Nolan directed it. The director himself has never expressed an interest in making Part 4, at least not publicly.