Johnny Depp Is No Longer Interested In Amber Heard, But She Does Not Want To Leave Him Alone, Says Actor's Legal Team

Johnny Depp wants to move forward in his life.

In recent days, Amber Heard has spoken about a lawsuit with Johnny Depp, which ended in favor of the well-known actor. Heard stated in the interview that she was not angry with Johnny or the jurors, but condemned a wave of hatred that had been triggered towards her person on social media, writes Insider.

However, Johnny Depp's legal team cannot understand Amber Heard. Recently, a statement was provided by a spokesman of the actor himself, who said that Johnny is not interested in his former wife's statements and he is trying to move forward in his life.

“It is unfortunate that while Johnny is trying to move forward in his life, the defendant and her team are trying to bring back matters that have already been decided in court, when the jury clearly decided in favor of Johnny,” said the spokesman.

Amber Heard repeats in her statements that she does not blame anything on the media or the jury, but she feels that they have decided in favor of Depp because of his skillful acting and strategically organized testimonies in court. Nevertheless, she claims she still loves Depp and that he is a fantastic actor. 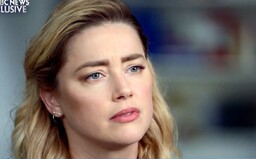 Under the anonymity guarantee, one of the members of the jury decided to question these statements and gave a short interview for the American TV show Good Morning America. “A large part of her story didn't make sense. Most of the jury felt that she was an aggressor, ” he said, saying that the jurors decided solely on the basis of the evidence presented.