Review: Is the Second Season of Love, Death & Robots Better Than the First or Is It a Disappointment?

The second batch of great animated shorts took our breath away at times.

In 2019, we were melting over 18 short animated films from various creators and the directors of the Love, Death & Robots series. It was filmed as an anthology, meaning that the individual episodes do not follow up on each other. Each episode forms a separate story.

Given the number of original and unique stories they've told, we were surprised to like so many of them. We gave thumbs up to most of them, and some of them literally blew us away. So we were curious about how the second season, created during the pandemic, would be. The pandemic has directly affected the possibilities of animators and studios, but at when it comes to the quality of animation, our fear has proven to be completely unnecessary. 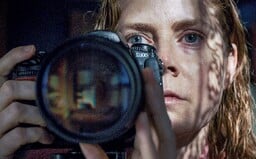 In terms of animation, the second season is also top-notch. Several episodes encorporate the so-called photorealistic animation. It works in a way that if we didn't know it was animation, we wouldn't really be able to tell that it wasn't a real scene, in some cases. For the most part, it is clear that it is an animation, nevertheless it looks absolutely excellent.

Unlike the 18-episode-long first season, the new season has only 8 episodes. Together they add up to about two hours and the quality fluctuates between average and amazing. We evaluate each one separately, using an incredibly simple system. Thumbs down for an average or outstanding episode, and thumbs up for an amazing or unique episode. Please know that even the weaker ones are worth your attention, they just won't blow you away.

The first episode is called Automated Customer Service and captures a city full of retired people relying on automated computer and electronic systems. One day, however, the vacuum cleaner goes "crazy" and begins to threaten a retired lady. This is followed by a lightweight situation à la Skynet from the Terminator, when Granny tries to survive the robot apocalypse.

The idea is not original and the presentation is alright. It's nothing special and you'll quickly forget about this episode. That's the exact opposite of what Love, Death & Robots viewers are looking for. In any case, this is an average animated short, which certainly won't offend you. We would just expect something more striking from the first episode after 2 years. Thumbs down.

The second episode, called Ice, focuses on two brothers living on some sort of a frozen mining planet. The older brother Sledge doesn't have a better body compared to his peers and therefore feels pushed aside. One night, he decides to go on a dangerous trip that will verify his courage and more.

Again, the story is nothing special, but the animation compensates for it. In several scenes you'll experience amazing moments that we won't spoil for you. Anyway, the animation and some of the footage are really beautiful. However, Love, Death & Robots shouldn't be just about remarkable animation. Thumbs down.

The third episode, a.k.a. Pop Squad, is the one that already starts in full swing. It focuses on a police detective in a future, where it is prohibited to make babies. People are immortal, but they can't have children. This is the first great episode with a deeper overlap and an animation that allows the characters to show their emotions. On top of that, the atmosphere and story set resemble Blade Runner.

The episode managed to work with some great characters, convey deeper emotions and thoughts and create an interesting ending. All of that in a very short time. For us, this is the best episode. The cop has been voiced by Nolan North, so the players of Uncharted will recognize Nathan Drake. Huge thumbs up.

The perfect short is followed by fourth episode,  action-packed Snow in the Desert about a man whose cells are regenerating. In practice, this means that if they cut his hand off , he will grow it back within a few days. Of course, more than one government organization is chasing after him, but he finds an ally.

Once again, you'll be blown away by excellent animation, voice acting and a few cool ideas with a subtle twist at the end. It surely does not spare brutality and there's also a short sex scene, although it does not show anything too extra. This is definitely an interesting episode in which you will not be bored for a single second. Thumbs up.

The trio of "action" episodes winds down with The Tall Grass. In it, a guy jumps off a train after it stops unexpectedly in the middle of a meadow. He is seduced by the lights in the field and the tall grass, which harbors danger. The Tall Grass has great animation and a few exciting scenes. From the overall point of view it is a solid short, but it won't blow your mind and you'll forget about it quickly. Thumbs down.

The following episode All Through House, has been quite a pleasant surprise. The stop-motion animation in the Christmas atmosphere get stwo decent twists with Santa Claus and we can't say any more, if you don't like spoilers. Thumbs up.

The seventh episode called Life Hutch was a nice surprise. The main character was played by Michael B. Jordan (Creed, Black Panther). Some scenes seemed as if they were real scenes, shot with a camera. The animation is at an extremely high level. In his shorts, Jordan played a space warrior who injures himself in a spaceship wreck.

He makes it into hiding, but discovers something there that attempts to take his life. It's one of those cool episodes that doesn't pretend to be too deep and only aims to tell a short, action-packed and straightforward story that's guaranteed to entertain you. Thumbs up.

In the end, we've got a short called The Drowned Giant. Personally, we consider it a disappointment. We don't know if it attempted to say something deep, philosophical and thoughtful, but it came across as a waste of time to us.

The story focuses on a scientist reflecting on a corpse of a giant man washed out of the sea. In our opinion, it was a mistake to end the second season of Love, Death & Robots with such an episode. In principle, we think it didn't even have to exist. Thumbs down.

It is difficult to review the second season of the anthology series, since it has less than half of the amount of episodes compared to the first one. The evaluation cannot be based on the first season, which we gave eight and a half points out of ten. The second season has clearly some worse episodes.

The lower emphasis for episodes dealing with something deeper, more poetic and less literal (such as Winter Blue in the first series) is disappointing. There is only one such story in the second season. It's the last part called The Drowned Giant. However, it did not grab us at all and it wasn't entertaining.

There is also less action and it's not as outstanding as in the first season (don't expect any shorts at The Secret War level from the first season). Due to the pandemic and the problems it caused for the creators of visual effects and animations as well, we did not expect the quality of the animation to match the first season. In some cases, however, it still surpassed, for which the creators definitely deserve great praise.

In terms of storyline, interesting, deep stories and action, we sense a slight decline in quality. There's fewer episodes and they are far from striking and original (and they also lack humor and more successful sci-fi ideas). So we're giving it six and a half points out of ten. Overall, this is an above-average and positive rating, but compared to the first season, we are undoubtedly disappointed.

We simply expect something that will shock, amaze and sweep us off our feet from Love, Death & Robots. There were a couple of moments like that, but still, it was too few. We hope that the third season, which premieres on Netflix next year, will be more successful in this respect.