Sex Slave Torture, Children in Cages and Milky Action Scenes. Was the New Season of The Handmaid's Tale Worth the Wait?

The new season of The Handmaid's Tale is different. It dives deeper into the psyche of the characters, demonstrating how much a person can be traumatized by totalitarian regime. You'll also get to see some unexpected action scenes.

After two years, we're getting a new season of The Handmaid's Tale. It turned out to be just the way many of us had expected, yet different in a way. It looks deeper into the psyche of the characters, watching them experience an escape from the Republic of Gilead. It demonstrates how much a person is affected by totalitarian regime.

Additionally, there's many surprising, excellently filmed action scenes, such as drowning in milk or the arrest of the main character, June Osbourne. Some newly revealed stories of side characters are also interesting. However, many argue that the plot of the fourth season is  unnecessarily lengthy.

Totalitarianism will change you

The Handmaid's Tale is an American series set in the utopian Republic of Gilead (now USA). The country is ruled by a harsh religious theocracy system. Anyone with a different opinion suffers or dies. The story takes place in the future, where the world's biggest problem is the mass infertility of women. The politicians of Gilead have solved the problem by forcing fertile women to be servants in the families of wealthy commanders, where they are raped on a regular basis and birth children for the country. On top of that, the regime persecutes homosexuals or people of other faith. They are subsequently arrested, killed or castrated.

So far, a different director has worked on each season. Several parts of the latest season have also been co-directed by actress Elisabeth Moss. Hulu Original has shot three seasons with twelve episodes so far. The fourth season will only have ten parts.

June Osbourne, the main character of the series, initiates an extremely dangerous move towards the end of the third season. Together with a secret network of maids and other people involved in the resistance, she evacuates 86 children from Gilead to Canada. Since children are the most valuable thing Gilead possesses in the time of the fertility crisis, they threaten to provoke an armed conflict. The third season ends with the footage of June dying.

The fourth season begins with her rescue. The other servants try to stop her bleeding, running around her chaotically, trying to save her life. Thanks to the thorough care of June's close friend Janine who treats her wounds every day, they succeed.

Everyone is trying to make sure that June Osbourne survives. After the children's evacuation, she becomes a symbol of the revolution, of the female force in the society. She is also trusted by the secret group Mayday, which has helped her with the operation. June is really loved by the other servants, they care about her - maybe even more than June cares about them. 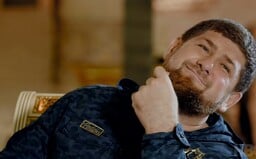 One of the most significant storylines of the fourth season is the relationships between June and the other characters. The series shows how people perceive and approach her. It also elaborates on how she's been changed by the totalitarian regime and the cruel system over there.

One of the unexpected moments in the story is when June's husband Luke cries with the baby in his arms, accusing her of deciding to stay in Gilead, despite having a chance to escape. For the viewer, it is surprising that Luke, who has always had her back and fought for her, is acting this way.

However, it adds authenticity to the series at the same time. Luke has a right to be angry at June too, so it would probably be the same in real life. Similarly, her best friend Moira angrily states that June didn't fully understand what she was doing when she evacuated 86 children from Gilead.

The viewer might also raise a few questions about the main character while watching the fourth season. Who is June actually? Why didn't she leave Gilead to see her child when she was able to? Is she aware of the consequences of her actions?

In the fourth season, the phrase "In Gilead, you'll discover the worst part of yourself"  is often mentioned. This also applies to June, who encourages a young girl to kill the man who raped her, in the first episode of the new season. While it is understandable that June is angry at the entire theocratic state and hates its leaders, the viewer does not expect her to behave that cruelly, and certainly not to encourage a young and innocent girl to commit murder.

Another twist of June's character, which changes the viewers relationship to her, occurs when she is tortured and forced to reveal the hiding place of the entire secret network of maids. After a long fight, they bring her to her daughter Hannah and threaten to hurt her.

The ten-year-old girl is locked in a glass cage in the middle of the room and they allow the weary June to see her. She faces a moral dilemma: sacrifice her own child's life or betray her ally's?

The fourth season plays with the psyche of the characters and the viewers. It works around the theme of trauma and follows the characters recovering from life in Gilead, where they were raped and tortured. Losing human dignity, in some cases even body parts. Each of them has a different way of coping with the escape from Gilead. One of the key characters is Rita, a former martyr who was placed in the same household as June Osbourne. She ran away together with the 86 children.

At a Gilead refugee party in Canada, she claims that Gilead has turned June into the best version of herself. In her role, the screenwriters demonstrate that Gilead will be a part of her forever, despite running away and living in Canada. Although she hated the Gilead regime, she was never tortured or harmed in any way. Her housewife and supervisor, Serena Joy, saw her as a friend, a confidant she could always turn to.

This brings us to the other key characters of the new season - the Joy couple. Serena and Fred have been one of the main characters in The Handmaid's Tale since the very beginning of the first season. Even in the latest episodes, they are an integral part of the series. Although these characters are negative, the viewers got used to them and want to know what their fate will be.

Both Serena and Fred have arrived in Canada during the third season, where they both got arrested. They spend time in custody separately, as they snitch each other out and both try to get out of there the best they can. There is a huge turn in the story when Serena finds out that she's expecting Fred's baby.

While this is unlikely to happen at a time when they weren't sleeping together often and had a long-term fertility problem, it was a clever move on the part of the screenwriters. Because it is indeed interesting to know how the situation with Serena will develop.

All the evil she had caused in Gilead was motivated by her fanatic desire for a child. She was willing to do anything. Will she get to keep the child despite having to spend years in prison? Or will there be a turn of events and she, who wanted to appropriate the child of another woman, will have to hand the baby over to someone else?

The fate of her husband Fred, who's one of the main founders of the totalitarian Gilead and is therefore responsible for how the regime worked, is also questionable. Is he gonna get death penalty?

Another interesting element of the storyline is the love between June and Nick Blain, who's now the Commander of Gilead. June and Nick have a tumultuous history together and a daughter, Nicole, who they've managed to transport to Canada safely. Nick still loves June and is determined to save her. During the series, we'll probably learn how June feels about him and whether she decides to stay with him or return to her husband, who's waiting for her in Canada.

The new Handmaid's Tale season brings several action scenes of high-quality. These are usually slow-motion shots, so the viewer can definitely feel the tension. One of them is, for example, the moment when Nick arrests June. Dozens of submachine guns are aiming at her. In this scene, you  will be impressed by the play with light, color of blood on June's face and movement.

Another one of the chilling scenes is the jump into the milk car. The scenographers have used the contrast of the red color of the iconic maid uniforms with the white color of the milk. The scene with the quick jump into the car and gasping for breath in the milk is completely unforgettable.

In the fourth season, there are a number of dark shots, which transport the viewer into the gloomy atmosphere in which the characters reside. The series can therefore mentally exhaust the viewer a little. The Handmaid's Tale is definitely not a relaxing series to watch. It captivates you and you'll be watching every scene closely.

So far, the new season has had some mixed responses. Although the fans were looking forward to it, many viewers criticize it. They claim that the creators of the series are senselessly stretching the story. They've been waiting for the new season for nearly two years, since its premiere was postponed for almost a year due to the pandemic.

The new series is also worth watching considering the acting talent of the main characters. Elisabeth Moss received an Emmy Award for her performance in The Handmaid's Tale in 2017. Her way of playing has been considered truly exceptional by several film critics, especially when it comes to working with facial expressions. In the role of June, she was pulling the viewer not only into the story, but also into her mind. Thanks to her genuine talent, the viewer is likely to trust her 100%. Similarly, the performances in the roles of the main characters Serena and Fred Joy. The performance of June's friend Janina is a little less believable. At times she seems quite artificial.

If you'll end up watching the new season, you won't regret it. The deeper look inside the characters is very interesting, as well as the returns to their past before the utopian regime. Thanks to the action scenes, you really won't get bored. The Handmaid's Tale is a quality picture, but it's not for the faint of heart, so make sure to apply the episodes in small doses and definitely don't "binge" them before bedtime. Then it could easily happen that you'll find yourself in Gilead in your dream - and it is absolutely not a place where you'd like to live. 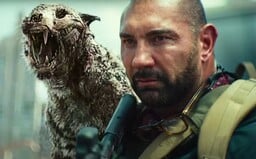 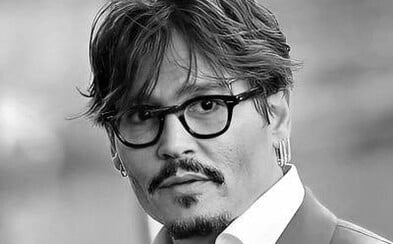 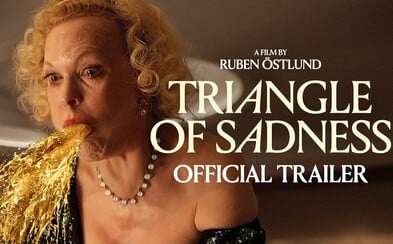