Johnny Depp Has Won His Defamation Case Against His Ex-wife Amber Heard.

The exhausting lawsuit which has been under close watch of the media for weeks has ended.

The actor Johnny Depp has won the lawsuit against his ex-wife, actress Amber Heard. The actress has to pay her ex-husband 15 million dollars.

Right before the delivery of the verdict, it was surprisingly shown that the jury has not filled in the part of the verdict concerning damages. The judge Azcarate instructed the jury to return to the deliberation room and fill in the forms. The process was therefore paused for a few minutes right before its end.

Even before the delivery of the verdict, one could hear excited fans outside the courthouse.

Johnny Depp was seen in a pub in Newcastle during the delivery of the verdict.

For anyone interested…Johnny Depp and Sam Fender just been seen in The Bridge Tavern pub on Newcastle Quayside 👍🏻⚫️⚪️ pic.twitter.com/j73jjiSiop

The lawsuit between Johnny Depp and Amber Heard in US Virginia which started on the 11th of April ended on Friday the 27th of May. The actor sued his ex-wife for defamation and libel after an unsuccessful process in the UK. The actress counter-sued, also for defamation. She demanded 100 million dollars from the actor. 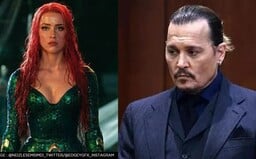 According to Depp's lawyer Benjamin Chew, this lawsuit never was about money. "It is about Mr. Depp's reputation and his redemption from the prison he's been living in for the past 6 years. We ask you to return his name, reputation and career," he said on Tuesday.

The process was broadcast live on the internet, becoming one of the most watched in the past years. As a result, the public has split into two camps, with the star of the Pirates of the Caribbean undoubtedly having a bigger fan base.

You can read about the process in detail on our web.