Netflix Released The New Jackass 4.5. You Will See Actors Hitting Each Other With Bowling Balls And Letting Bears Bite Them.

Is the new Jackass 4.5 worth seeing or is it just a collection of boring bonus scenes?

The group around the actor John Knoxville has returned to their most successful project "Jackass" after 10 years. They willingly hurt and prank each other to the amusement of their audience and their own.

At the beginning of this year, we have seen the film Jackass Forever and its creators have promised straight after its premiere that we will also see bonus scenes. They have shot a number of scenes in relation to Jackass Forever and not all of them fit into the final version. 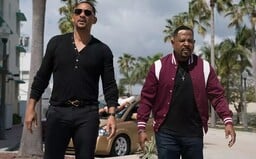 Jackass 4.5 is in no way a low quality project with boring scenes. The bonus film shows multiple funny scenes which will make you laugh out loud (if you enjoy this kind of humor). Just like the previous movie, this one also contains many penis hits.

Scenes which could make you sick

Ehren took the most hits. He had to go through more terribly painful stunts destroying his penis and testicles. The creators also showed a scene with a bear who was let into a locked room with a person. Similarly to Jackass Forever, we felt the fear and tension that the person was experiencing when the bear was taking bites from his rear end.

The previous movie has been criticized for containing too many penis "jokes", also known as d*ck jokes. Luckily, the new movie has less of those. Funny scenes are complimented by interviews with actors and we have seen multiple scenes showing preparations of individual stunts and pranks.

New-comers are refreshing and a great addition

The creators deserve a praise for including new-comers in the team. New and Younger members of Jackass are funny, likeable and freshen the dynamic of the group. Zach and Poopies will likely become the new sweethearts. New scenes with the former will likely make you sick. We definitely do not recommend this movie to those with a weak stomach.

Jackass 4.5 is an ideal movie to watch while having a beer with friends. This applies to all previous films and we are glad the bonus part is of the same quality as the previous one. If you are a fan of Jackass, you will be pleased. If you are not a fan, perhaps it is time to change that.