Watch The First Scenes From Avatar 2: The Way Of Water. The Movie Will Again Be An Advertisement For Breathtaking Computer Tricks

The director James Cameron has revealed the first scenes from Avatar 2. The movie will premiere in December.

The director and screenwriter James Cameron will show his newest sci-fi movie on the 16th of December 2022. The initial release date for Avatar 2: The Way of Water was December 2014. 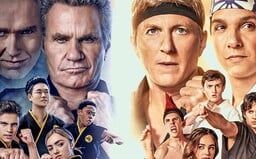 After many years of waiting for the film, we finally see the first scenes thanks to the trailer teaser. The trailer teaser is not so packed with action and big scenes as classic trailers, but reveals the visual of the film. The work will be extraordinary in terms of computer tricks and visuals.

The question remains what the film will look like in movie theatres and whether the technological progress since the first movie will be sufficient. Part 2 can no longer rely on the technological wow-factor that was 3D projection at the time of filming Part 1.

Many fans worry they will not be impressed by the visual and that it will not be visible that the greatest talents from the company WETA have worked on the film for a couple of years, and therefore multiple times longer than on other blockbusters (WETA creates visual tricks for Hollywood blockbusters).

The director and screen-writer James Cameron spent the last 20 years of his life shooting and creating Avatars. The director of such fantastic movies as Terminator 1 and 2, True Lies, Titanic, Aliens or Abyss could have made many more quality blockbusters during this time, but he has decided to push film technologies forward and make 5 Avatar films. Avatar 5 is scheduled to premiere in 2028. Until then, we will see parts 2, 3 and 4.