Johnny Depp's Ex-fiancé: He Knew How To Be Attentive And Funny, But Also Crazy Jealous. He Proposed After Two Weeks.

The actress Jennifer Grey talks about her relationship with Johnny Depp in her memoirs.

In early 1989, the actor Johnny Depp fell madly in love with actress Jennifer Grey, who starred in the movie Dirty Dancing two years prior. The romance led to a proposal only two weeks after it began, yet the wedding never happened because the couple broke up after nine months, informs People.

Grey, in her new memoirs "Out of the Corner", remembers the beginnings of her acting career, but has not skipped the time when her and Depp were a couple. When they met, Depp wad "cute, romantic, madly in love with me, and beautiful," which she needed after a bad breakup with Matthew Broderick. 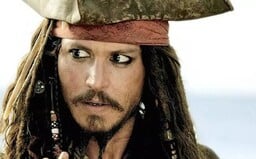 „It was necessary. I was bleeding internally and this man saved me and helped me not to feel what I felt," says Grey about her feelings after the breakup which Depp rescued her from. Apparently they started to see eye to eye at the first meeting, because the actor had a great sense of humor and looked like a man whose arms she needed to fall into at the time.

Mutual emotions clearly emerged, because Grey has repeated multiple times in her interview for the People that her relationship with Depp was like a burning bonfire. "I have never seen a man like that," she remembers with words that the connection with him has more than compensated a devastating breakup from the past. 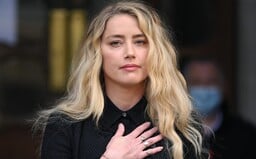 The initial phase of love has gradually faded away. According to Grey, Depp started to be more and more suspicious, he came back late from his travels home to Los Angeles and constantly interrogated his fiancé about what she did at home while he was away. "He could be crazy jealous," she says.

The relationship was plausibly marked by youthful recklessness, because Depp started to get into trouble, get into fights in bars and had multiple dealings with the police. She describes Depp as a man who started to fade away in front of her eyes and the relationship lost its purpose. The couple broke up before the end of 1989.

In regard to the current lawsuit between Johnny Depp and Amber Heard, Grey only remarked that it breaks her heart when she sees what is happening in court. " I think it is sad and I wish it was all resolved and everyone would be happy," she said. 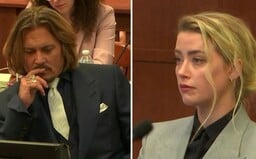