New Marvel film will hit theatres in a month and so far, it looks incredibly interesting

Marvel Studios launched a pre-sale of cinema tickets for the comic book film Doctor Strange in the Multiverse of Madness. The awaited blockbuster premieres in cinemas on May 4. The new trailer indicates the presence of zombies, among other things. In a quick cut, we saw zombie versions of Doctor Strange and Wanda from other worlds (something similar appeared in the animated series What If?).

It is fitting, that this film is directed by Sam Raimi, director of the Evil Dead trilogy, which included monsters as well as something resembling zombies. Sam Raimi also directed Tobey Maguire's Spider-Man trilogy , so he knows something about the Marvel Cinematic Universe. 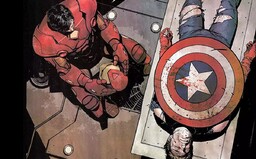 In addition to the zombies, the trailer also captures attention with Wanda's scene, In it, she is reunited with her children, which she lost at the end of the WandaVision series. However, with her newfound powers, she managed to find them somewhere in the multiverse, and it seems, that her efforts to bring them back to her reality will cause great problems for the whole world, especially for Doctor Strange, who will eventually have to save the whole situation.

In addition to Dr. Strange and Wanda (finally, also knows as Scarlet Witch), we will also see the characters of Wong (Benedict Wong), Baron Mord (Chiwetel Eijofor) or Christine Palmer (Rachel McAdams). The newcomer will be actress Xochitl Gomez as America Chavez.

America Chavez can move freely through the multiverse, drawing the attention of the villains, so Doctor Strange will have to protect her. We will see some characters in their alternative versions from other dimensions.

Last but not least, a speculation is taking over the Internet, indicating that shorter scenes, so-called cameo roles, are supposed to show a large number of actors from past Marvel films, that do not belong to this universe (such as Sir Patrick Stewart in his role as Professor X from the X-Men films).

Which familiar and beloved characters will appear and whether they will be there at all, we will all soon find out.