Series, animated films, but also depressing themes and sex games. Netflix catalog has expanded with some outstanding content this year.

We decided to choose the top 10 out of what we haven't mentioned previously. So don't try to look for titles like Arcane, Sex Education, Castlevania, or the 2nd series of The Sorcerer in this list, as this is by no means a ranking. 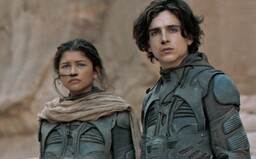 A single mother is struggling with poverty, the prospect of losing a roof over her head, and bureaucracy. To make a living, she starts working as a cleaning lady. In the Maid series, Margaret Quailley pulls off one of the best performances of her career when she has to make her way through disgustingly dirty toilets, scrub some stale dirt and try to raise her child at the same time.

If you long for an authentic and heartbreaking human story for a change, Maid will most likely captivate you. An emotional, rough, and well-played drama that is bound to get under your skin. Nothing for the faint of hearts.

Andrew Garfield once again proved how exceptional of an actor he is. Lin Manuel Miranda (Hamilton) made his first film as a director, and he did a great job at it. Although the start is somewhat slower and some songs don't resonate all that much, the overall story is powerful and emotional, so you'll be mesmerized by the end of it.

Without Garfield, however, it would be just an average musical. He carries the film on his shoulders in weaker just as well as more vital scenes. We must also give a shoutout to Alexandra Shipp and Vanessa Hudgens. The latter is also responsible for one of the best film scenes this year.

3. Witcher: Nightmare of the Wolf

The anime genre suits Witcher quite well. The world's first full-length animated film focused on Vesemir, Geralt's mentor and the last witcher on Kaer Morhen. We get to know Vesemir as a child, his lifelong love, his mentor Declan, and what had happened before Geralt.

First of all, this film is brutal. Much more than the series with Henry Cavill, so witchers and monsters don't hesitate to rip limbs off at any time. The film is also decorated with excellent animation and the voices of actors who are incredibly suitable for their roles. A total must for the fans of this world.

Let's stay with anime for a moment. Beastars is an original story from Japan, in which there are animals with human characteristics. It's no BoJack Horseman, though. These animals fully trust their inner instincts. Thus, herbivores have much more demanding lives than carnivores, which hunt for them and often kill them for the taste of their meat.

The film depicts sex, killing, and fierce battles, all with the backdrop of high school life. The main character is the wolf Legoshi, who fails to control himself one night and lashes off at the hare Haru. Instead of killing her, he ends up falling in love with her.

Even the 5th season of the popular animated series doesn't slack on the inappropriate humor and original ideas on how to illustrate teenagers' emotions, desires, and sexual fantasies. Big Mouth is hilarious, but it can also make you stop and think about how teens perceive today's world and increasingly accessible sex life at an early age. 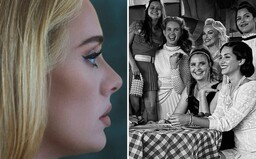 Every episode will make you laugh. Also, new emotional monsters are introduced in the 5th season. Such as hatred, which stirs up the story and the relationships among the characters in a major way.

6. The Mitchells vs. The Machines

The producers of Spider-Man: Into the Spider-Verse joined forces with talented directors Michael Riand and Jeff Row. The result was an original and great-looking animated film about a robotic apocalypse, from which a not quite idyllic Mitchell family is about to save the world.

The comedy boasts a unique type of animation. There's always something going on, and the creators also add various characters, explanations, and funny moments to the picture. The story itself is nothing special, but the way it is made, the voices of the characters, and the animation ensured that we enjoyed the journey.

7. The Harder They Fall

The western cast exclusively by African American actors was a real success. It has its flaws and lots of positive details, including an excellent cast and topics that only African Americans can sell in a fun way.

In the finale, we enjoyed a well-filmed western with a story that felt good and characters that felt like a breath of fresh air and originality within the genre. The story focuses on a cowboy named Nat Love (Jonathan Majors). His entire life, he's been hunting down a gang whose members had killed his mother and father in front of him when he was just ten years old.

The last one of the survivors is Rufus Buck, who's locked up for life in prison. However, once he escapes, Nat and his crew, made up of the sheriff (Delroy Lindo), a former mistress (Zazie Beetz), and a few other acquaintances, decide to kill him.

8. Pieces of a Woman

Vanessa Kirby plays a young mother-to-be, Martha, preparing for a home birth with her husband Sean (Shia LaBeouf). After a few short scenes, we get to their house, where Martha's contractions frequency increases. However, instead of the doula that was meant to lead her home birth, her substitute arrives instead.

After a relatively fast birth, everyone is relieved. The crying baby screams and pulls towards his mother. However, a few seconds later, the baby is no longer breathing, and the viewer is shocked. The film is excellently made, especially in the introduction, which will undoubtedly send chills up your spine.

It is authentic, although depressing, and the Hungarian director Kornel Mundruczo can rely on excellent acting performances throughout the entire length. Vanessa Kirby, in particular, deserves an Oscar nomination.

One would think this would be a typical guilty pleasure, but Cobra Kai is an excellent series. At no point is it groundbreaking or technically stunning, but the way the characters and the story unfolds makes up for it all. The series sequel of Karate Kid, set in the present, when old rivals Daniel LaRusso and Johnny Lawrence build their own karate dojo full of talented young men, will get you hooked from the first episode.

The latest seasons also have a great tempo, fun twists, and amazing dueling scenes. It's the type of teenage fun that even spectators who aren't familiar with Karate Kid will enjoy. Don't forget that the 4th season will be released on Netflix on December 31st.

Summit of the Gods is an overlooked animated film that deserves your attention, especially if you like rock climbing. The story follows a journalist trying to track down a famous climber. He quickly figures out that the climber will try to climb a mountain that no one has managed to scale before. We discover the stories of both men determined in their work and passion for overcoming any obstacles.

Thanks to the captivating visuals, exciting moments, as well as emotional storylines, you'll quickly get deeper under the skin of the characters, so you'll be quite impressed by the finale of the film. Thanks to the chilling shots, the film captivates you with its atmosphere when you don't even realize that no one has said a word in a few minutes.

The complex adaptation of the famous and ingenious anime has its pros and cons. Despite that, we advise you to give it a try and allow yourself to get lost in a great-looking sci-fi that doesn't get boring for a single second.

Cowboy Bebop could be described as a sci-fi guilty pleasure that will surprise and annoy you at times. The second season is not going to happen, but witnessing the adventures of Jet, Spike and Fey had a certain charm to it.

See also: Aggretsuko, The Chair, You, Pacific Rim: The Black, Malcolm & Marie, Lost in Space, Hellbound, Maya and the Three, Pose, Master of None, Explained, The Silent Sea, Passing, The Baby-Sitters Club, Explained or On My Block.

If we were to put together a Top 10 series and film chart that wouldn't take into account what we had already included in the previous charts, it would look something like this:

8. Summit of the Gods

5. Pieces of a Woman 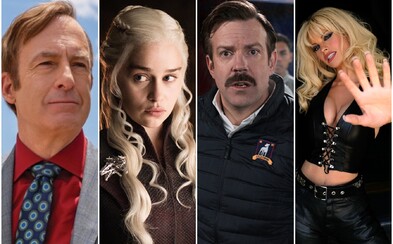 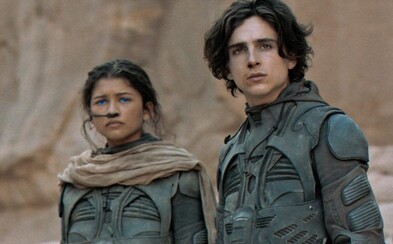 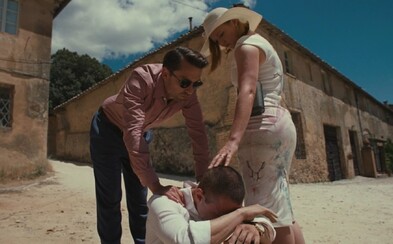 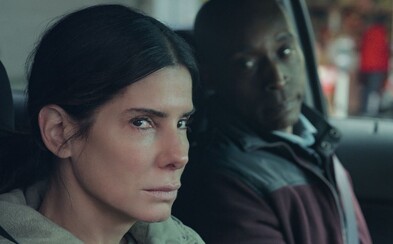 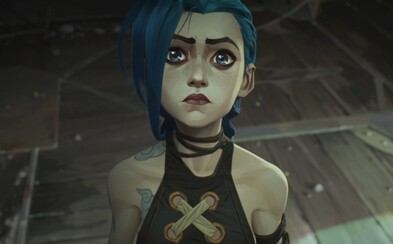 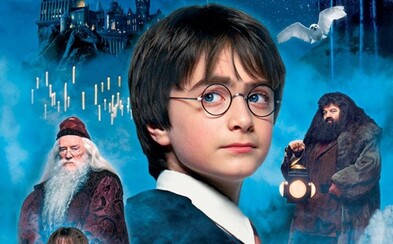