Wild Gangster Beefing With Eminem Or A Blonde Don With A Pink Guitar? Find Out Who Is Machine Gun Kelly

Just because someone poses with a pink guitar doesn't necessarily mean they've given up on rap. We will explain why in a new article.

Old-time fans will probably sigh at the turn Machine Gun Kelly's career has taken. They are hearing "EST for life!" less and less, and the iconic motto has been replaced by the punk overflow, guitar riffs and melodies that have been living rent-free in the heads of listeners since 2000. What seems like a huge change, is nothing more than a natural career progression. Why?

woke up #1 because of y’all #TicketsToMyDownfall 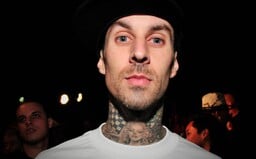 To explain this, we have to go back to the beginning of the story. Richard Colson Baker, as the American rapper's full name sounds, has always been a wild man at heart. In virtually every interview that draws on his childhood, he mentions that he was a hyperactive individual who sniffed out anything that could spoil him at a very early age. The breakdown of his parents' marriage and constant moving around the world contributed to this. This caused him to never have a real home.

The situation changed only after the native of Texas got back to the USA via Egypt and Germany, specifically to Denver, where he started going to school. At that time, radios played Enema of the State and Take Off Your Pants and Jacket by Blink-182, Limp Bizkit and their Chocolate Starfish and the Hotdog Flavored Water, which MGK still considers one of the best, as well as Anti-Flag and Sum 41.

However, the music that could perfectly express what was hidden inside little Colson was replaced by a genre that was introduced to him during a simple car ride. All it took was one Roll Out and Baker knew he'd stumbled upon something he'd enjoy for the rest of his life. He was introduced to hip-hop through the mouth of Ludacris.

Then it went from time to time. Young Kells moved with his father to Cleveland, where he began attending Shaker Heights High School. Ludacris and then DMX and Eminem kept him company in his ears, while he started out as a bullied boy at school, earning the respect of his elders by getting into fights with them.

And sharp elbows at last brought him the desired success; he became a respected person in his surroundings, his music began to circulate in black neighborhoods, and he felt that despite the various tragedies of life that befell him, his moment was slowly coming. 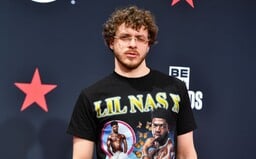 In 2006, as a sign that he was appreciated by those around him, he released the mixtape Stamp of Approval, with which he tried to break through. The first larger space opened up for him the day after he was fired from the Chipotle chain. He got a call from Shade 45 radio hosts, who at the time were giving space to underground rappers in the Don't Quit Your Day Job session.

Even then, he was indirectly compared to Eminem. Following up on his firing, they appeased him by saying, that they also fired Mathers in the 8th Mile before he became a star. And to the world's surprise, they predicted a scenario for him that really came true. Little did they know what role these two characters would play on the rap scene.

Rap made him forget about the constant troubles at work, with housing, and with such an ordinary thing as food. SlimXX, one of the members of the label EST19XX, which MGK created with his closest friends, even ate what he brought from work. They invested all the money in the equipment, the first studio in the basement, and in the promotion.

The year 2010 finally became a breakthrough, during which the 100 Words and Running project was released, the first major single Alice in Wonderland, followed by the second mixtape Lace Up and the Cleveland anthem, which was played at every baseball game of the Cleveland Cavaliers major league team and on local radio stations.

His rage rap, which was completely unlike anything at the time, took the world by storm. Even the uninterested rap fan will remember his first hit with Waka Flocka Flame called Wild Boy, which later went multi-platinum and opened the door to the manistream.

throwback circa 2012-2015 ... been doin this. COMMENT IF I SHOULD BRING THE MOHAWK BACK #TicketsToMyDownfall

He was noticed by the legendary Puff Daddy, the owner of Bad Boy Records, with whom he signed a professional contract. It's no secret that the debut album was not long in coming.

Baker could start making his dreams come true. The embarrassment of the heavily pro-Cleveland tracks that initially made no one want to sign him was there. In 2013, there was an opportunity to create the first studio album Lace Up, which was financed by Interscope and Bad Boy, on which neither Ludacris nor Eminem appeared, but DMX did.

Anyway, Cleveland is not an inexhaustible topic either. The deeper Baker got into the entertainment industry, the more he added something more to his rap persona. He took off his snapback, added earrings, dyed his head and started wearing barbed wire around his neck. Even this punk persona eventually managed to release another platinum hit, Till I Die, which, paradoxically, was again about Cleveland. Stipe Miocic, an American MMA Fighter, liked him so much that he chose it as his entrance song.

But the rapper's crisis came with the third studio album Bloom, when personal and parental problems and a kind of creative crisis were mixed together. Entering other spheres, for example acting, evidently took its toll on the quality of the message in the songs.

MGK had to learn to balance the career of a musical artist and actor with his personal life, which ultimately, unfortunately, was reflected in the final output. The commercial success of the single Bad Things with Camila Cabello couldn't appease the classic rap fan at all.

But similar successes mean an increase in numbers, and it was no different here. However, the growing publicity brought with it the attention of the biggest names. If anyone hadn't heard of Machine Gun Kelly before then, they did when his feud with Eminem began.

The honor of his daughter Hailie, which Marshall Mathers originally defended, MGK tarnished with a tweet that allegedly reached Eminem. The detonator was set off by the track No Reason, on which Kells leaned into his former idol. What's more, he performed it on a track on the album Planet alongside Eminem's old friend, Tech N9n, which the Kentucky legend reportedly didn't notice, according to Genius.

The year 2018 went down in history with the tracks Not Alike and Killshot from the Detroit legend and the answer from Rap Devil from Cleveland. The meaning of these songs, although it may not seem like it, is quite significant. Although Eminem was probably trying to discredit Kelly, he actually raised his viewership and really established him among rap's creme de la creme. A similar "Eminem effect" would have probably beefed up the career of any capable name on the scene.

However, it should be noted that Kelly was able to rap quite well from his position, which Mathers himself even confirmed in one of the interviews. "It wasn't bad for him, he had some good bars there," he said during an interview about The Kamikaze album with renowned rapper and host Sway Calloway.

After shots on both sides, each had a winner. Eminem's fans drowned Kelly in a sea of hateful comments, but the media pressure did not convince the supporters of the modern wave, who, on the contrary, had his back.

Thanks for dissing me
Now I had an excuse on the mic to write, „Not Alike“
But really, I don't care who's in the right
But you're losin' the fight you picked

Back to the roots - to fulfill your dreams

Is there anything better in rap than being confronted by Eminem himself and the result not being a complete mess? Probably not. Therefore, at the so-called peak of his rap career, MGK seems to have decided to go back to his roots.

In his early thirties, he learned to play musical instruments by performing live and in music videos, started honing his vocals more, and decided to record a punk track. And here came the discovery of the new British voice of the young Yungblud.

A young singer from Doncaster and a star rapper from America was a stunner. At the moment when the track I Think I'm Okay was created on the penultimate album Hotel Diablo, according to what Baker himself said in an interview with Teen Vogue, he decided that the next milestone would be a pop-punk album. And who else but the drummer who covered his back in I Think I'm Okay should help him with the record. Yes, the famous Travis Barker largely produced his album Tickets To My Downfall.

The connection between MGK and Barker is not accidental. They met indirectly for the first time already in the video clip Sail, where one of the old Cadillacs of the drummer, owned by Kells' friend Mod Sun, appeared. Over the years, they finally met in person and formed one "body", which during the quarantine first produced covers of famous pop-punk songs, and then a whole record. A successful album.

the journey is a marathon,
but this week was a race...

i owe the fans everything for pushing so hard
but you did it!!
let’s celebrate now and again when touring opens up #TicketsToMyDownfall pic.twitter.com/DpwOipwLzM

The fans love it. As for sales, the forecasts say that it can't possibly be better. Two weeks after its release, his latest title took the top spot on the Billboard 200 chart, selling 126,000 units in America in one week. It is also interesting that Tickets to My Downfall is the first rock album to reach the top of the Billboard 200 that year. That's right, a rock album with collaborations from Trippie Redd or Halsey. Not to mention he topped the Top Rock Albums chart with his punk debut. 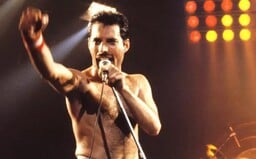 So what have we come to? Machine Gun Kelly is still a rapper who switches genres like a chameleon and pushes his boundaries. And his fans, as you can see, move along with him. They had his back when he was being pushed by one of the biggest rap personalities in the world, and they're still covering him now as he pursues his pop-punk dream. Whatever he's done throughout his career, he hasn't lost his fans, something even Eminem might envy under certain circumstances.