Whats Poppin Or Industry Baby. These Tracks Put Jack Harlow On Top, But All Is Not As Rosy As It Might Seem

Jack Harlow performs all over the world and his songs have billions of streams. Two years ago, few people knew his name. This is the life story of a talented rapper who broke the hearts of many girls.

First Class, Whats Poppin, I Wanna See Some Ass or a feat featuring Lil Nas X Industry Baby. These are tracks you've definitely heard before. Whether on the radio, on Instagram reels, or on TikTok. But you may not know that their creator is a talented musician and a man of many faces, who fell into hip hop at an early age. This is Jack Harlow, the rapper, heartthrob and entertainer beloved by millions. 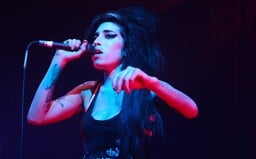 Jackman Thomas Harlow was born on March 13, 1998 in Shelbyville. His family was, you could say, traditional, his mother ran a business, his father ran a horse farm, but everything changed in 2010, when the Harlows moved to Lousville.

Jack was introduced to hip hop by his mother, who played him A Tribe Called Quest and other legends from a young age, so it was no surprise when he started rapping himself at the age of 12. At that time, he and his friend Copeland were experimenting with sound, recording various rhymes on an ordinary laptop, and when Jack began to believe in himself, he decided to get something out of his work.

In high school, he sold his mixtapes to classmates, who gladly bought a piece for two dollars (today they are probably very proud of this investment), and with the money received, Jack bought his first professional microphone in the seventh grade. Under the pseudonym Mr. Harlow recorded the mixtape Extra Credit and subsequently invited other friends to his "label". This is how the Moose Gang was born, thanks to which the rapper later met other big stars in the industry.

As a teenager, he met Scooter Braun (manager of Ariana Grande and Justin Bieber) and began to believe that he too could become famous one day. In 2018, Jack Harlow came to Atlantic Records, but no miracle happened. In August of the same year, the rapper released his debut Loose, with which he even went on a North American tour, but apart from a nomination for the BET Hip Hop Awards 2019 in the Best Mixtape category, nothing came of it for the young musician. The community was able to appreciate his music, but if the artist doesn't reach out to the public, he probably doesn't have a better chance of success...

Jack Harlow was not intimidated by failure and continued to work on his craft, but also on himself. In January 2020, he released the track Whats Poppin, the lead single from the upcoming Sweet Action EP, and it was like he set off a bomb. To date, Whats Poppin has over a billion streams on Spotify and nearly 250 million views on YouTube. The song went viral on TikTok, you could hear it in every other video, and it was immediately clear to everyone that this was the one that would get Jack to the top.

On his 22nd birthday, the rapper released his debut EP Sweet Action, which was immediately popular, and Jack decided to serve his fans one track after another. Maybe so they wouldn't go elsewhere. Moana with G-Eazy, Whats Poppin remix with DaBaby, Tory Lanez and Lil Wayne or the single Tyler Herro.

The aforementioned Whats Poppin remix, by the way, held the number two spot on Billboard's Hot 100 chart for a long time, while Jack's fan base grew. The young rapper was suddenly invited to many to talk shows, artists wanted to collaborate with him, and Jack decided to make the most out of the unique opportunity.

In 2020, he released his first full-length album, Thats What They All Say, on which you can also hear Lil Baby, Chris Brown, Adam Levine or Big Sean. A few months later, Jack Harlow also got to work with Eminem, but that major collaboration didn't come until later in 2021.

Industry Baby. That's the track that Jack Harlow sang with Lil Nas X and that earned him 1.5 billion streams on Spotify and a Grammy nomination. The talented rapper received a standing ovation, but was also criticised by some. Artists were ashamed of the sexual orientation of the controversial Lil Nas X, they did not want to work with him, but it was Jack Harlow who broke these barriers. "This decision came from my soul. I didn't think about how it would look like some of our collaborators would politicize. I was just thinking that Lil Nas X represents something important and I'm really proud of that," Jack said for Teen Vogue.

Since 2021, Harlow has been in the limelight and continues to serve his fans one hit after another. The last time it was the album Come Home The Kids Miss You, which is loved by some, and leaves some unimpressed. Music critics from Rolling Stone wrote about it that "Harlow cares about nothing but the top of the charts" and Pitchfork gave the record a 2.9.

However, according to the rapper, criticism is also important. “The world has put me on a pedestal in the last year. Criticism is important for my growth," said Jack Harlow.

Some also criticise Harlow because as a white man he creates black groovy beats. They say he should stay away from these and not occupy a place in a genre created for black people. However, as the rapper has already mentioned several times, he tries to use his influence to support black rappers. “I played five shows in Louisville this winter, and each one of them featured two or three rappers from the city. I feel responsible for making sure people don't just think of one white rapper when they think of Louisville," Harlow said.

In addition, the rapper emphasizes that it was black women who brought him to music. "Black women are a huge part of my career," he points out.

He then reasserted his words during one of his concerts, where a black woman was harassed by a policeman. The singer immediately reprimanded him publicly, contacted the victim privately and offered her support. He then told his fans on Instagram: “I want this woman and all black women to know that I am very sorry. I want you to be protected.”

Jack Harlow doesn't just make great music, he's also a great guy and entertainer. He also showed this in the Chicken Shop Date show under the baton of Amelie Dimoldenberg, who interviews artists from all over the world as if on a date. His video has been watched by almost 12 million people, and Amelia as well as the fans remember it with a smile in the comments. "This guy made me sit and smile like I was on a date with him," reads the caption under the video.

Influencer and presenter Emma Chamberlain will probably remember her meeting with Jack Harlow for a long time. While doing a short interview with the rapper at the Met Gala, she had a faux pas that left her speechless. "What were you most looking forward to at the Met Gala?" Emma asked Jack. "Food," the rapper answered her. "I know," Emma told him. "You know what it's about. I don't have to explain it to you. I can't wait to see you inside. I love you, bye,” added Jack, leaving the stunned influencer in front of the camera.

The editor of Teen Vogue, whom the rapper invited to dinner, felt the same way after the interview with Jack. "I feel like I went to school with a girl like you," he told her. "She was such an honest girl who did all the homework," he added.

Jack Harlow has a way with women and is, as he likes to say, a "girl boss." However, most people know that the rapper is a great entertainer, he often uses irony, so he gets away with this cocky behavior.