Russia Will Declare War On Ukraine On May 9th, Says CNN.

The 9th of May could bring a change in the war in Ukraine, which is still considered a "special military operation" by Vladimir Putin.

For Russia, May 9th is very important as the Victory Day of Soviet Union over Nazi Germany. CNN states that according to US and other Western representatives, Russian President Vladimir Putin could use this day to officially declare war on Ukraine. The step would allow him to mobilize.

It is currently allowed in Russia to label the invasion in Ukraine as a "special military operation". In case of violation of the law enacted on the 4th of March, the culprit will face up to 15 years in prison. 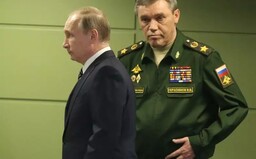 However, Pope Francis says otherwise. He stated that Vladimir Putin will allegedly end the war on the 9th of May, based on Viktor Orban's claim, who told him during his visit to Vatican in April. Yet, the pope himself does not really believe this version.

"Orban, when I met him (21st of April), told me that Russians have a plan for everything to be over by the 9th of May. I hope it is so. I am a pessimist, but we have to make all possible gestures to stop the war," said the Holy Father for the Italian journal Corriere Della Sera.

The version about the end of the war is unlikely also because Russia is still failing to fulfill their military goals and the seizure of Ukraine is progressing slowly. Based on this, many experts expect Putin to mobilize. 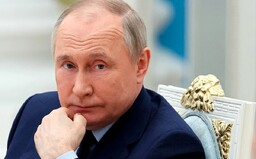 The pope also announced in the interview that he wishes to meet with Vladimir Putin, but Moscow has not yet replied to his request. He plans to visit Kyiv as well, but only after speaking to the head of the Russian federation.

"I asked cardinal Parolino to pass on a message to Putin that I am willing to travel to Moscow. We have not yet received an answer and we still insist on the meeting, even though I fear that Putin neither can nor wishes to have such meeting in these times," said the pope who also communicated with the Russian patriarch Kirill. Kirill has officially backed Vladimir Putin's regime and supports the war in Ukraine.

"I spok to Kirill for 40 minutes over Zoom (the app). He spent the first 20 minutes reading all the excuses for war to me. I listened and told him: I do not understand any of it. Brother, we are not the clergy of the state, we cannot use political language, but we should use the language of Jesus. We are shepherds of the same God's folk," said pope Francis.