Moldova Could Be Russia's Next Target. Putin Has Allegedly Decided To Open A New Front, Says The Times UK

A successful operation would, according to The Times, enable the Russian army to attack a major Ukrainian port from the West.

Russia will attempt to open a new war front of the war in Ukraine, from Moldova. British journal The times claimed to have cited anonymous sources from the Ukrainian army in their Monday report.

According to one of the sources, there are a number of indications which suggest that there will be an attack on Moldova in the near future. The Times explains that the country would likely not be able to resist Russian aggression for as long as Ukraine. It only has 3250 soldiers.

"We believe Kremlin has already accepted the decision to attack Moldova. The fate of this country is very important. If Russia gains control over Moldova, we will be an easier target and the threat to Ukraine will be existential," said one of the military representatives.

A successful operation would, according to The Times, enable the Russian army to attack a major Ukrainian port Odesa from the West. Ukrainians believe that Russia will attempt an attack on Moldova around the 9th of May during the Moscow celebrations of Victory day on the Red square. 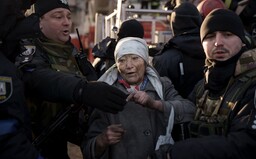 The Ukrinform agency wrote that President Vladimir Putin could announce the acceptance of independence of Transnistria based on the blueprint of the Donbas. 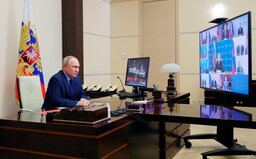