The Most Brutal Sport In The World: Burmese Boxing Is Only For The Strongest

What is lethwei or Burmese boxing? This martial art has a long tradition and is said to be the toughest sport in the world.

Lethwei, or Burmese boxing, is often described as the roughest and bloodiest combat sport in the world. Why? One of the reasons is that the fighters wrestle without gloves and only have their fists wrapped in bandages. But also because Burmese boxing allows techniques that are prohibited in other combat sports, such as head blows. Additionally, knockout or submission are the only ways a fighter can win under traditional rules. 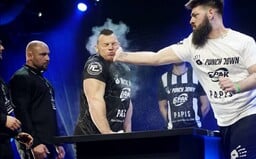 “Burmese boxing is said to be the most brutal sport in the world. Is it true. When two prepared athletes wrestle without gloves, it's not even a sport anymore. It's a war. It was a powerful experience and irrational at the same time," Kareš, a former promoter and K-1 fighter, told us.

As the name itself suggests, Burmese boxing originated in the territory of Burma, or today's Myanmar. According to the foreign portal Lethwei, which is dedicated to this full-contact combat sport, its origins date back to the period of the Pyu city-states, which existed from about the 2nd century BC to the mid-11th century. What is interesting is that over the past thousand years, the rules have changed only minimally.

Burmese boxing is sometimes also called "the art of nine limbs". Since the very beginning of this sport, punches and elbows are allowed, fighters can kick and land blows with knees, but in addition, as already mentioned, it is also possible to perform head blows. It was always fought exclusively without gloves and any man could participate in the matches. At that time, moreover, the match could not end in a draw. It was fought until a knockout fell or one of the wrestlers was unable to continue.

Although the very core of the sport has been preserved, Burmese boxing has gone through some modernisation over time. These are not as big changes as one might expect. One of the fundamental differences compared to the original Burmese boxing and its current concept is the transition to traditional rings. Before, it was fought on the sand.

– Five rounds of three minutes each
– There are two-minute breaks between rounds (in other combat sports, such as MMA or boxing, there is usually only one minute)
– A fighter can only win by knockout or submission
– There is no point system
– If both fighters are standing at the end of the match, the match is declared a draw. It does not matter which of the fighters was more active and dominated during the fight
– If a fighter gets a knockout, he can take a two-minute break (the so-called injury time-out) to recover and then decide whether he wants to continue the fight. However, he cannot take an injury time-out in the last, i.e. the fifth, round
– The match is overseen by a ring referee who monitors compliance with the rules and can also call a doctor if one of the fighters is seriously injured

There are currently several organizations that specialize in lethwei, or Burmese boxing, each of which may have slightly different rules. In some places the matches may be more like a traditional version of Burmese boxing, while in others it may be a more modern approach that protects the athletes more.

The organization World Lethwei Championship (WLC), which is among the biggest supporters of the modern concept, removed the so-called injury time-out from its rules and introduced point judges. However, in general, the emphasis is still on the historical origins of the sport and its hardness remains.

For example, Canadian Dave Leduc, who wrestles under WLC and is one of the most successful fighters in this sport, agrees with deleting the injury time-out from the rules. "Actually, I've always been a bit against the injury time-out. When I fought Pho Kay in Japan, I knocked him down in the first round with a spinning elbow. But after a pause, he stood up again. He was seriously the toughest guy I've ever seen. He was like a zombie. They stopped the match after four more knockdowns. But after the third one, I didn't even want to hit him anymore," he said in an interview for a well-known fighting portal Bloody Elbow.

"I think the removal of this rule is a benefit to the sport. I do not agree that it would lose its tradition, culture and history. It will allow fighters to have longer careers," he adds.

How big a star Dave Leduc has become in the field of Burmese boxing is also interesting considering that this sport was for a long time the domain of Burmese fighters in particular. Leduc became the first ever foreigner to win a championship belt in Burma or Myanmar, and as he himself states, the audience did not welcome him with open arms at first.

Bottles were thrown at him during the match and the promoters even warned him to watch what he ate. Over time, however, the locals accepted him, he fell in love with their country, and this mutual respect continued.

Lethwei and women
Although Burmese boxing used to be the prerogative of men only, today, female fighters are also engaged in this sport. For example, the leading organization World Lethwei Championship has been organizing women's Burmese boxing matches since 2018. However, there are not too many female fighters dedicated to the sport at the top level. But that may change with the slowly growing popularity of Burmese boxing in the coming years.

Leduc, like a number of fighters, switched to Burmese boxing from Thai boxing, which he said he did not enjoy so much because of the fact that gloves are used. He also said that he was not satisfied with the points system, in which the referees in Thailand preferred kicks. In contrast, damage is said to be far more important in Myanmar.

According to Leduc, this also contributed to how fighters from both countries developed throughout history. "The Thais became champion kickers but weren't that great at boxing, while the Burmese fighters have excellent hands and are extremely tough," he explains.

Among the most famous names in Burmese boxing is Too Too. Dave Leduc faced him in 2016.

At the same time, the twenty-nine-year-old Canadian points out that this sport is far from being for everyone, and the idea that any fighter who is successful in another martial art would automatically reap success in Burmese boxing is wrong. According to him, too many fighters are dependent on gloves and the protection they provide.

“Most fighters, including professionals, would have a problem in bare fist fighting because they are too used to the protection of bandages and gloves that protect their wrists and knuckles. They are very used to it," he said.

Looking at a match under traditional rules, the question of how much pain the fighters have to endure during the fight comes to mind. That's why we asked Petr Kareš, who fought with Samuel "Pirate" Krištofič for five whole rounds without gloves.

"Pain belongs to the world of elite sports in general. Here it is more the problem of 'damage' - the result of the blow. You can break a bone in your opponent's face or your hand with a single punch. There is only a very limited defense against a flying blow with your bare hand, and you only have to hit soft tissues yourself. In Burmese boxing, you are expected to keep fighting as long as you can stand on your feet. You are obligated to honor the history of lethwei by always returning to the fight if you still have a sense of the world around you. You cannot afford to feel pain in such an environment," he told us. 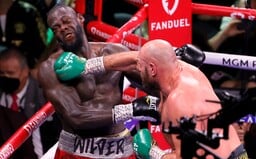 In addition, the consequences of blows with bare fists begin to fully manifest themselves on the body after the adrenaline of the match wears off. In the following days, the fighter has to endure quite a lot of torment, which is apparently completely unimaginable for a normal person. After all, Kareš himself admits this, although he has experience in other combat sports, but for him this experience was, for example, very different compared to the feelings after the matches in K-1.

"The match was on Saturday, I planned to go home the next day, and finally left Bratislava on Tuesday evening. The consequences of hitting with a bare fist are completely different than when your hand is protected in a boxer. Superficial injuries are most common in combat sports, but after a Burmese boxing match I had a lot of deep tissue injuries. From the world championships or the cup in K-1, I am used to fighting for a whole week and several fights in a day. I can't imagine that in Burmese boxing," he explains.

However, even Samuel "Pirate" Krištofič was not much better after the match. After the match, he shared a picture on his social networks in which he showed both hands in plaster. And even though the match ended in a draw, they both put in a gutsy performance that they can be satisfied with, even if it took its toll on their bodies.

But despite how extremely demanding this sport is, Petr Kareš does not rule out that he might return to Lethwei someday. He would try another fight in Burmese boxing, although most of his relatives and friends would not agree with it, he said. But in one breath, he adds that combat sports should take a different path today and try to protect athletes more.

"Burmese boxing is a beautiful martial art, which has a high sporting, moral and philosophical dimension of the art of war, but the 'demolition' of a person, which the fight causes, no longer belongs to the civilization of the 21st century. Combat sports should continue to protect the health of the athlete, and not add more brutality, that's a step back. It may not be obvious at first glance, but K-1 or MMA are safer sports today than, for example, ice hockey or American football. Burmese boxing is raw and brutal. I have a lot of respect for Lethwei, but I would hate seeing children and juniors prepare for such matches," he concluded. 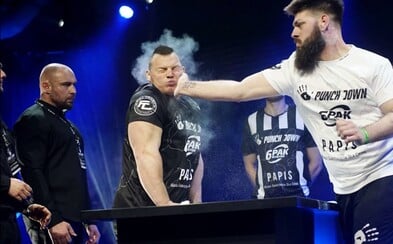