Slap Fights Are A Brutal Phenomenon, One Person Has Already Died. The UFC Boss Will Launch A New League

Slap fighting is an increasingly popular sport that is actually much tougher than it might seem at first glance.

The almost 160 kilo heavy MMA fighter Wágner da Conceição Martins, known as Zuluzinho, stands at a small table on the stage. Opposite him stands Pole Karol "Bula" Flilasinki, who extends his left hand in a large arc, then slaps the giant at the other end of the table with all his might with his open palm. And it's an accurate shot. A white cloud of magnesium smeared on his opponent's palm rises around Zuluzinho's head, and the Brazilian strongman falls to the ground. One blow was enough.

Slap matches are a very specific variety of combat sports. Some might argue that it is not even a combat sport in the true sense of the word. In any case, this sports slapping has been gaining popularity in recent years and has even attracted the attention of the head of the UFC, Dana Whit, who is about to launch his own project focused on this type of sport and entertainment.

But slapping can be far more brutal than it might seem at first glance - one person has already died.

And how do such slapping matches actually take place? Two contestants face each other at the table and a coin toss determines which of the pair will slap first. Before that, he rubs his palm with chalk so that his hand doesn't slide down his face and the blow lands as well as possible.

The second of the pair must not defend themselves in any way, and the competitors take turns in slapping. Whoever knocks out their opponent first wins. If both remain standing, the winner is usually determined by the audience with their shouts and cheers. Specific rules may vary from event to event, but this is what slapping matches look like in a nutshell. In addition, it often happens that men of significantly different weight categories come face to face.

In the video below you can see a montage of the craziest knockouts.

And of course, not only men compete in this sport. Women also participate in slapping competitions (albeit to a relatively lesser extent) and they often beat their male colleagues in viewership. Among the best-known representatives is, for example, the Polish Esmeralda Godlewska, who was called the "queen of slap fighting" by the Slap Fighting Championship.

In Poland, however, even people with growth defects participated in the slapping match. Their match is approaching three million views on YouTube. 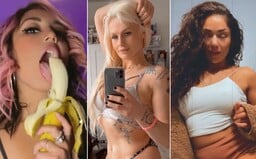 It is precisely Poland where this sport has apparently spread the most in recent years. After all, this country is already the cradle of a number of different bizarre variations on combat sports. For example, there were also rough 5-on-5 matches without gloves. It is therefore not surprising that the PunchDown "slap" tournaments there have built a decent fan base, and the organization World Slap Fighting Championship, which organizes the event, has gained 326 thousand subscribers and almost 100 million views on YouTube in less than three years.

Thus, slapping started to become a new phenomenon. In addition, the Slap Fighting Championship tournament this March was presented by stars such as Arnold Schwarzenegger and influencer Logan Paul, thus attracting new viewers to the sport. "It's exciting to see slap fighting becoming a legitimate sport in the world," said Paul.

One person has already died after bleeding into the brain

At first glance, sports slapping may seem funny to some, but in reality it can be life-threatening. This tragic event was witnessed by slap fighting fans on October 22, 2021 at the Polish PunchDown tournament. 46-year-old Artur "Waluś" Walczak, a former strongman, lost his life.

Walczak faced Dawid "Zales" Zalewski at the tournament, who punched him so hard that the strongman just fell limp to the ground. After the knockout, he was immediately taken to a hospital in Wrocław, where doctors diagnosed him with bleeding into the brain and therefore put him in a pharmacological coma. He did not wake up from that. 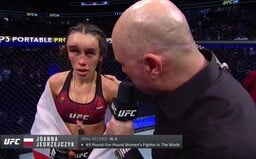 In a last effort to save the patient's life, Walczak should have been transferred to a specialized clinic, but this did not happen. About a month after the fateful gala evening, where he suffered a fatal wound, he died in the hospital. The cause of death was "multi-organ failure due to irreversible damage to the central nervous system," said hospital spokeswoman Monika Kowalska.

However, the case was not closed. The organizers of the PunchDown tournament were heavily criticized by fans who accused the organizers of not getting the necessary help to Artur Walczak in time. It took more than half an hour for the emergency services to arrive at the scene of the accident. The local prosecutor's office also became interested in whether there had been any serious misconduct on the spot, which started an investigation.

The organizers themselves expressed their regret over the whole tragedy and said that it was "an event that no one wanted to happen, but it is one of the risks associated with this sporting discipline". According to their statements, the participant of the match was conscious after the knockout and an ambulance was called immediately after "disturbing neurological symptoms" were observed.

Although death is the most tragic risk to which slap fighting participants are exposed, it is far from the only danger. Similar to other combat sports, there is a risk of permanent brain damage caused by concussions, which occur after each punch. In addition, this risk is multiplied if the blows are repeated and long-term. 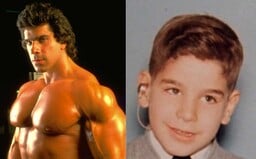 Only time will tell how these shocks will affect active participants in slapping matches in the long run. It's still a relatively new sport and it takes years for symptoms of brain damage to start showing up in a person.

We discussed the risk and prevention of brain damage in combat sports in detail in a separate article co-written by recognised experts. Let us remind you that this type of damage, unlike, for example, fractures or lacerations, is almost always irreversible, especially in severe cases:

"When blood doesn't flow to the ventricles of your brain, your brain is de facto dying. The same is true even if a blood vessel bursts, such as in a stroke. When a blood vessel in your brain gets blocked or bursts, hypoxia occurs, which means brain tissue is deoxygenated and the tissue dies," explained cutman Bohumil Vojkůvka.

The head of the UFC is preparing his own slapping organisation

However, this sport won fans not only from the ranks of combat sports lovers, but also from the president of the UFC, the world's largest MMA league. Dana White, in collaboration with his colleagues, is about to launch a new "slap" organization called the Power Slap League, and as The Guardian reports, despite the obvious danger associated with these matches, the Nevada State Sports Commission (NSAC) has already the upcoming project was given the green light.

"After the tests we've done, we can see that there is massive potential in this sport, which is similar to the beginnings of the UFC," said Hunter Campbell, who holds the position of business director in the UFC organisation, about the launch of the new league. According to him, the NSAC will supervise these races to avoid similar tragic events as in 2021 in Poland. "It makes sense to take a step towards regulation before we launch the sport for obvious reasons - the health and safety of the competitors comes first," he told the station ESPN.

Slap fighting has not yet been regulated by any independent body and it is not known exactly how the matches of the participants in the Power Slap League will look like. However, Campbell outlined several changes the new organisation is expected to bring. 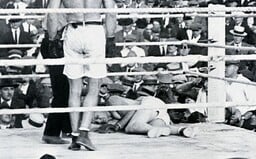 One of the main changes that the UFC boss wants to implement in his league is the elimination of huge weight differences that often occur at smaller events. Therefore, weight categories will be introduced. Matches will also have slightly fewer rounds than some other events where matches have gone too long. The rules will also take into account possible fouls and participants will have to be equipped with a mouth guard and earplugs. In addition, rounds will be evaluated using a ten-point system known from boxing or MMA.

It is not yet known when exactly the new organization Power Slap League will officially launch. According to Campbell, there are no specific plans for the first tournament yet, but it is possible that it will take place as early as the end of this year.