It looks like Tekashi 6ix9ine is returning to his old ways after a long time away. Wild video clips, money waving, dancers and violent lyrics. The only thing missing from 'the old set' is guns.

Tekashi 6ix9ine is back. Between Friday and Saturday, he released a new single GINÉ with a video clip, which reached over 6 million views on YouTube in less than 24 hours. 6ix9ine is returning to his old tracks with wild music videos, more than a year after releasing its latest music video ZAZA.

Year and two months, did Tekashi fans have to wait for a new music video. They saw the newest release on April 16, when the controversial performer announced the the new music video, which should be a herald of his third solo album.

In the lyrics of the track GINÉ, 6ix9ine returns to his times of stealing and other crimes with his gang Nine Trey Bloods. He faced up to 47 years behind bars for these activities, but on a basis of a guilty plea and a deal, he cooperated with the police to avoid severe punishment.

In addition, he returns to rap controversies, taking on other names in American rap culture, most notably Chicago rappers Lil Durk and the recently deceased King Von, informs the Complex.

His comment section is full of fan tributes, especially in regards to his numerical success. "It's crazy how he can get so many views in one day," said one of his fans. "This man has refused to settle for loser status. The music industry tried to get rid of him. Tell him that he is boring or dull, but that will not stop his hard work," said another.

6ix9ine is trying to prove his wealth

There were also reports last month that the 25-year-old New Yorker in in fact, not doing so well financially. Information was based on court records, which showed, that he really did not have the money. His manager Wack 100 confirmed this on the Clubhouse platform.

"He has absolutely nothing left. It's f***ing awful. It is sad to see such a talented young man in this situation," he said, adding, that he allegedly had to lend Tekashi $20 for gas.

Rapper, who was released from prison in April 2020, released his second album TattleTales, which as a whole did not do very well. Due to his reputation and life failures, 6ix9ine fell silent, stopped contributing to social media and shunned public life. Until now.

In his latest Instagram posts, we can see the old 6ix9in, trying to convince the public that he has enough money. In the video, so he says, he pulled $ 1.3 million from the trunk of his Lamborghini. "I could easily afford to leave rap for two years. This is my lifestyle. I'm the real King of New York, I'm not lying to you," he tried to explain his situation to followers on Instagram, while standing next to expensive cars.

In another post, he claims to be returning to New York, to become King. 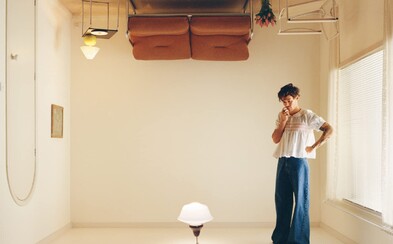