Bear Wojtek Was A Military Officer, Carried Artillery Shells And Drank Beer. He Helped The Allies Win The Battle Of Monte Cassino

War brings incredible stories. One such took place during the Battle of Monte Cassino on the Italian front during World War II and concerns an officer who was not quite an ordinary soldier.

War brings up many emotions; the vast majority of them are negative, everyone wants to forget them, but a small handful of them are also incredible in a more positive sense of the word. And the story we want to tell you has something for everyone.

Its main character became famous in one of the bloodiest battles of the Second World War, on the Italian front, where she faithfully served with her comrades in arms. The only difference between her and them was the fact that she wasn't human. History knows several animals that have accomplished feats that are considered incredible in the human world. Corporal Wojtek, a bear and veteran of the Battle of Monte Cassino serving in the Polish army, was one of them. 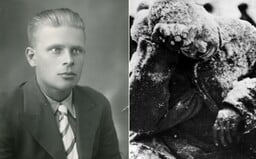 Wojtek's journey to the Polish army began, perhaps somewhat surprisingly, in Persia. The year was 1942, and Nazi Germany reached its largest area since the beginning of the war. The Soviet Union led by Joseph Stalin, until recently a great ally of Adolf Hitler, came to an epiphany - despite the Molotov-Ribbentrop Pact, after Operation Barbarossa, it had to defend itself against the tenacious invasion of the Wehrmacht, which managed to gain large territories within sight of Moscow.

At that time, the Soviet Union was looking for support on the other side of the barricade, from the Allies' army. The Soviet Bolsheviks therefore found themselves in a predicament; albeit unpleasantly, armies of states whose sovereignty they themselves attacked began to form in their gulags - this was precisely the case with the Poles.

The prisoners could not and did not want to fight in the ranks of the Red Army, although this was originally expected. Whether for practical reasons, when the Poles were not well supplied with weapons or food, they of course remembered well the Bolshevik massacre committed a year earlier on their territory - a two-sided attack on a sovereign state, the division of the territory and especially the murder of thousands of Polish military personnel and civilian intelligence during the Katyn Massacre and other war crimes.

Therefore, in 1941, the fighting units of the Poles, including a large number of civilians, left the dire conditions in Siberia for the journey to British Palestine. Their steps led through the Persian corridor through the territory of today's Iran, where exactly 80 years ago, on April 8, 1942, a fateful meeting took place. As TIME writes, the Polish army discovered a baby Syrian bear in the mountains there.

Growing up in the military

It could have been caused by anything. Maybe they just felt sorry for the little cub who was abandoned in the world like they themselves were at the beginning of the war, maybe it was just a coincidence. But when a sheep herder came to the soldiers carrying a bear in a bag after his mother was shot by hunters, they decided to get the animal.

They immediately began to care for him. From the beginning, he was closest to the Polish soldier Dymitr Szawlugo, who in his memoirs written by his son Andres recalled how, for example, they had to feed him condensed milk from a vodka bottle.

Despite the worries about the cub, however, the bear was a popular companion. He was given the appropriate name Wojtek, a Polish diminutive of a Slavic name whose etymological origin also lies in the army. As Vladimíra Darvašová writes in her bachelor's thesis Slavic anthroponymy in the mirror of etymology, its bearer is a symbolic "comforter of the army, i.e. comfort and reinforcement of the army".

In Palestine, he met members of the 22nd Artillery Supply Company of the 2nd Polish Army Corps, with whom he subsequently spent several years, most often in the company of Szawlug and Henryk Zacharewicz from the 4th Platoon.

Although it might seem that the animal suffered in field conditions, this was allegedly not the case; Wojtek behaved like a true soldier, he liked to look for food in the kitchen, he ate fruit and looked for sweets, he drank wine and beer with his comrades and even liked cigarettes. However, he only accepted them when they were lit. "He would usually take one drag and then chew the cigarette and swallow it," Szawulgo recalls.

But the bear was also trained in combat. When grown up, it often sparred with a few soldiers who were not afraid, which often left the human opponents with torn uniforms and some scratches. However, Wojtek knew when the tug-of-war was going over the edge and never seriously hurt anyone. He then convinced the soldiers that his appearance was useful in Palestine, when he protected ammunition from a thief.

"Wojtek caught a thief who broke into the ammunition warehouse where he was sleeping. The Arab was so shocked by being confronted by a bear that the subsequent uproar he caused in the camp led to his arrest," explained Father Andres Szawlugo's experiences. Both the soldiers and the bear were satisfied, who received a can of beer for catching the thief.

However, the bigger Wojtek was, the more difficult was his move towards the European front. From Palestine, the 22nd Artillery Supply Company moved to Egypt, from where it continued to Italy under the command of the legendary General Władysław Albert Anders. His human companions solved the logistical problem as best they could - Wojtek had become a mascot, similar to the monkey Kasha or the dog Kirkuk, and they did not want to leave him.

However, unlike Wojtek, these animals did not arrive in Europe - not one of them survived the harsh conditions of the war. Kasha mourned the death of her cub, Kirkuk lost his life to a scorpion sting. Wojtek was also stabbed, but thanks to Zacharewicz's care, he got out of this dangerous life-threatening situation.

In 1943, however, another problem arose, an administrative one. The animals could not accompany the army during the battle the soldiers were preparing for. The 22nd company solved it relatively simply: Wojtek, as an integral part of the company, was given his own number, rank and pay book to make it clear that he was a soldier, and in the end, despite minor problems, he got across the Mediterranean as a private.

The Poles later joined the offensive with the aim of conquering Rome. That's why Wojtek took part in the aforementioned battle at Monte Cassino, which went down in history as one of the bloodiest. The Second Polish Army Corps together with Wojtek went through every victory and misfortune, and it must be added that the bear was not good for boosting numbers. Dymitr Szawlugo remembers his service.

"During the conflict, Wojtek was in a position right next to the guns. He was seen fiddling with crates of grenades near the car where he was tied. At that moment, however, Henryk, who was supposed to take care of him, was assigned to anti-aircraft defense and had to leave Wojtek alone," Szawlugo said. "The bear liked to copy what he saw around him. He noticed that everyone around him was carrying crates closer to the cannons. So he decided to do it too," he added.

Although he was in the deafening environment that an artillery line undoubtedly is, the shots reportedly did not stop him from joining the fight by carrying usable ammunition to the guns. According to Zachariewicz's story, however, he was only taking away used ammunition boxes.

Jiří Friedl, a historian and expert on the history of Czech-Polish relations, confirmed this fact for REFRESHER. "He is said to have carried boxes of ammunition during the battles at Monte Cassino. He wasn't trained to do it, but he just picked it up from the soldiers. Over time, they wanted to encourage him more with various treats, because the bear himself decided when and how long he would work - that is, carry boxes of ammunition," he added.

Either way, he became an icon of the 22nd Artillery Supply Company, which adopted his likeness carrying an artillery shell in its paws as its official symbol on its uniforms.

Wojtek also survived the battle at Monte Cassino, unlike tens of thousands of Allies and Germans who were not so lucky and lost their lives at the Italian monastery.

For his actions at Monte Cassino, the bear was eventually promoted to the rank of corporal. He served the rest of the war with the 22nd Artillery Supply Company until 1945, when his path with most of his comrades began to diverge.

Polish soldiers were sent to Berwickshire, Scotland, where they went through the process of demobilization, and Wojtek became a resident of the village of Hutton for a while. He continued to entertain people, still fought with them and ate their food, but this could not last forever.

Instead of an army column, his home became the zoo in Edinburgh, where his Polish comrades went to visit him from time to time. At that time, however, the communist regime ruled in Poland, which meant that he never saw the ones who returned to their homeland again. "However, he was not very comfortable there, as he was used to people and did not have much space in the paddock," Friedl commented on Wojtek's situation. He lived to be 21 years old and on December 2, 1963 he found peace in the capital of Scotland.

Several books, comics, a movie Wojtek: The Bear That Went to War, were made about him in 2011, Wojtek – the Soldier Bear in 2015 and several statues were unveiled in his honour around the world. One of these is located at the exact place of his death, the other in Duns in the south of Scotland, in Italy or in Krakow or Poznań in Poland. 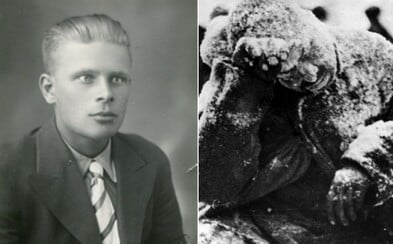 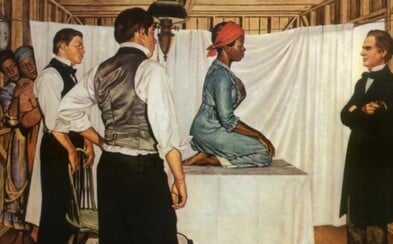