Sports researcher Milan Sedliak explained to us why Laurel Hubbard was allowed to participate in the Olympic Games in the women's category.

"It's a joke," claim the opponents of Laurel Hubbard, transgender weightlifter, about her participation in this year's Olympics. They say that she should not compete in the women's category. However, she qualified for that by lifting a weight of 185 kilos. In addition, her testosterone level proved to be sufficiently low. This should be less than 10 nanomoles per liter of blood for female athletes at least 12 months before the competition.

Regardless of that, her opponents are protesting. More than 25,000 people have signed a petition against Laurel Hubbard taking part in the Olympics. They complain that Laurel previously competed in the men's category. After a transition at the age of 35 she was transferred to the women's section.

Are petitioners transphobic? Is it fair to force athletes who feel like women to compete in the men's category? We have asked the expert on sports research, associate professor Milan Sedliak, about the complex "trans question" of Laurel Hubbard's participation in this year's Olympics.

Transgender athletes have always been and will be around. This is probably not the first time one of them tries to participate in the Olympic Games. What is different about Laurel Hubbard? That she openly confessed to the transgender identity?

Outside of sports, gender changes occur quite often. After the transition quite a lot of athletes no longer engage in professional sports. They often only admit to a transgender identity. after the ending of their career. This is the first time that a woman, who was previously a man, wants to race at the Olympics .

Why is this year the first time?

Laurel Hubbard's involvement was probably influenced by the case of intersex runner Caster Semenya, who complained that she had been tested many times for her gender identity. She claimed it had hurt her mentally. The Olympics have therefore decided to accept Laurel Hubbard, probably based on this case as well. The Olympics is not only a sporting event, it also has a social dimension. They pay attention to equality, which is why they've accepted it. In any case, it is difficult to achieve success as a transgender athlete.

It depends a lot on whether you have gone through a man-to-woman transition or vice versa, from a woman to a man. In the first case, as with Laurel Hubbard, a certain advantage is expected. The transition from woman to man is considered a disadvantage.

This is mainly because a person has overcome physical development in a certain gender. The transgender weightlifter still has a male skeleton and a higher testosterone level. Hence, the opponents say it's not fair.

However, Laurel Hubbard went through testosterone tests, which allowed her to participate in the Games. It had to have less than 10 nanomoles per liter of blood in order to be classified.

The problem is that even if Laurel had nine nanomoles, this is already a significant difference compared to other female rivals. Then the testosterone level is almost at the level of men who range above ten and more.

When we performed the research and measured the testosterone level in the training women, the highest was about 2.8. The average value was about 1.7 nanomoles per liter.

What role does testosterone play in exercise? Does it allow men to be stronger?

Laurel Hubbard was brought to the Olympics thanks to a 185 kilo-lift. It's not something that any other female weightlifter couldn't possibly pick up.

Yes, this performance did not provoke controversy. It wasn't something a female weightlifter couldn't handle easily. It is rather controversial due to the fact that she competed for a long time as a man, and therefore we can assume her performance.

Do you think the criticism is justified?

Hard to say. From a scientific point of view, it is still not very well researched. Some data suggest that she could always have an advantage, because she lived part of her life as a man. A woman who was born a man has a narrower pelvis and a different shoulder structure. This is a clear advantage for weightlifting. Her skeletal apparatus is larger and stronger.

She also developed as a man and muscle fibers have memory. It is similar with athletes who use doping. Their muscles are changed forever and have a lifetime advantage over other athletes. But the truth is that it still needs to be examined and scientifically proven how much of an advantage this really is.

Do her opponents have a chance against her?

They will have a chance, but they will have a hard time. If the best male weightlifter had undergone the transition, they would not have been able to defeat him. However, since Laurel Hubbard wasn't the best weightlifter even as a man, they can beat her. She is at the top, but she's not a clear favorite. 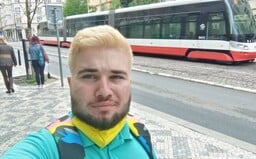 Her female opponents are clearly worried about competing against her. More than 25,000 people have already signed the petition against her participation. On the other hand, why should an athlete be discriminated against just because they are transgender and cannot take part in the Olympics even if they have what it takes?

Sport is not fair. Often people who are genetically exceptional are at its peak. No one denies transgender athletes the classification, but they should not have the kind of benefits that could cause a so-called positive discrimination.

Many female athletes don't menstruate. In sports such as gymnastics or speed runs, the women train so hard that they are malnourished. During excessive training, they often lose their menstruation.

Wouldn't it be easier for transgender athletes to have their own category at the Olympics?

The problem is that they would have to create an awful number of new categories, because there are really many different genetic variations. You might feel like a man or a woman only partially or even completely. It is not just the level of testosterone, but also the receptor that reads testosterone. Several people have a problem with this.

Could it be Laurel Hubbard's advantage, for example, that she is not menstruating?

The fact is that many female athletes don't menstruate. In sports such as gymnastics or speed runs, the women train so hard that they are malnourished. During excessive training, they often lose their menstruation. Especially in endurance sports.

Many men have significantly lower testosterone due to malnutrition. They are overtrained people who do not have enough time to regenerate properly. They are low in fat. Fertility disorders are also a common phenomenon in both women and men; other times, for example, they develop osteoporosis.

What conditions do athletes actually have to meet in order to participate in the Olympic Games?
The Olympics transfers responsibility to the sports federations that compete in it. So it all depends on them. They nominate athletes at their discretion. It is common for underage athletes to compete. However, in heavier sports, such as weightlifting, it is good to be older than eighteen.

Is it possible that more female athletes like Laurel Hubbard will compete in the Olympics in the future ?

Yes, we will have more such athletes in the future. I hope this will open the door to further research. There is no money at all for this type of research - it is not life-saving medicine. We still know very little about it. Even in the past, however, there were many top athletes with genetic "mutations" and they have made them exceptional.